The signing of the agreement means the project is now at an advanced design stage, bringing the start of construction one step closer on a project that promises to be a pivotal moment for mobility in the United States. 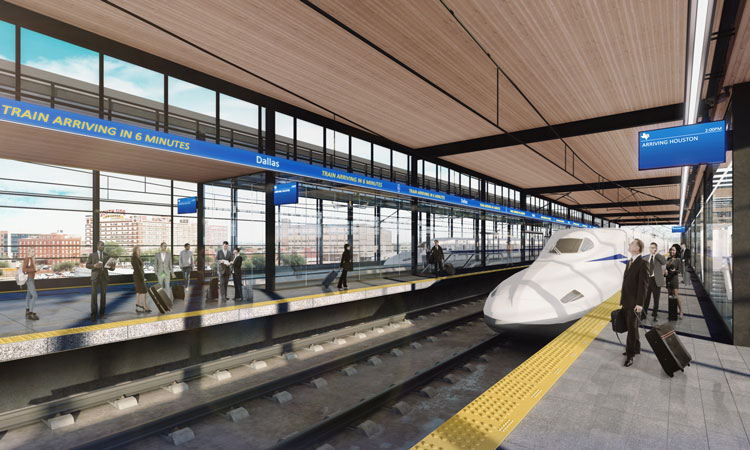 Webuild and its U.S. subsidiary, Lane Construction, have signed the final agreement worth $16 billion with Texas Central LCC to build the first true high-speed railway in the United States between Dallas and Houston.

The agreement is the final step ahead of the financial closure – foreseen in the coming months – and the start of construction of the mega project, which will provide fast, safe and environmentally friendly travel, create thousands of jobs and give a major boost to the economy.

The project promises to be a pivotal moment for sustainable mobility in the United States by having it join the ranks of countries that offer high-speed rail services.

The high-speed railway is one of the single biggest infrastructure projects in the U.S. in terms of value, and it stands to be transformative for Webuild, as well.

The final agreement signed with Texas Central consolidates the results of four years of work and analysis by Webuild and Lane, bringing the project to the advanced design stage. It also updates the value of the preliminary agreement. Webuild and Lane will oversee the civil engineering works, which entails the design and construction of the 236 miles (379km) of railway, the viaducts, as well as the buildings and services for maintenance and other equipment, industrial buildings, train depots and facilities.

A major part of the railway will be elevated, benefitting from the Group’s experience in bridges and viaducts to reduce to a minimum the impact that the infrastructure will have on the residents and landowners of the counties through which the railway will pass.

The Dallas-Houston high-speed railway will transform mobility between the two cities. Based on Central Japan Railway’s Tokaido Shinkansen system, the world’s safest mass transportation system, it will carry travellers at speeds of up to 200mph (320km/h), faster than any other rail service in the United States. It will bring them to either destination in less than 90 minutes, with a single stop at Brazos Valley near Texas A&M University. Departures will be every 30 minutes during peak hours.

The service will prove to be a major benefit for at least 100,000 people – known as super commuters – who travel between the two cities by car or air every week. It will help reduce greenhouse gas emissions by an estimated 101,000 tonnes per year – emissions that would otherwise be produced by car and air travel between the two cities. By 2050, approximately 13 million people are forecast to use the train. 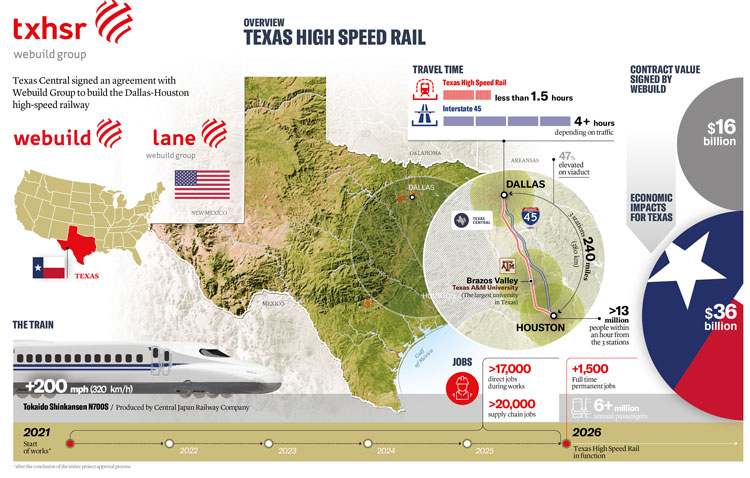