Virtual reality and real-time monitoring sensors will be built into HS2’s infrastructure to help make Britain’s new high-speed rail network one of the world’s most reliable railways. 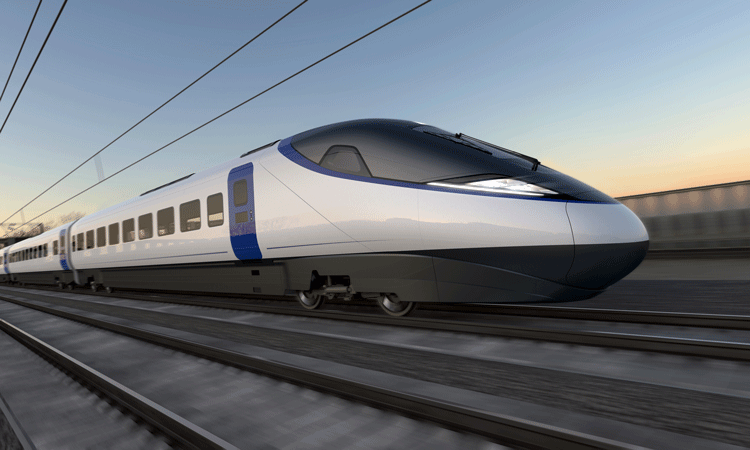 Engineers working on HS2 – Britain’s new high-speed rail network – are preparing and developing detailed designs that use advanced computer design programmes. It is hoped that the data produced will both inform construction of HS2 and build the railway’s digital twin; a virtual reality 3D replica that will be as detailed as the real thing.

During HS2’s construction, thousands of remote condition monitoring sensors, similar to those used in Formula One and aviation, will be built into the physical line’s infrastructure as if it were the railway’s version of the body’s nervous system. These sensors will monitor performance of the railway’s assets and components to predict and prevent failure, helping to underpin the line’s reliability and ultimately the punctuality of its passenger services.

Taking live information on the health of its infrastructure from thousands of sensors across the route and building it into HS2’s digital twin has created Britain’s new high-speed rail network in complete virtual form.

The data that sensors on-board the high-speed trains collect will then be transmitted directly to HS2’s Birmingham-based Network Integrated Control Centre (NICC) at Washwood Heath, where engineers and maintenance teams will analyse the data with the use of artificial intelligence (AI) to monitor asset performance trends across the network. A downward trend in asset performance will trigger HS2’s ‘predict and prevent’ maintenance programme.

However, before going out on site, engineers will use virtual reality (VR) headsets to investigate issues from the safety of the NICC. The technology will enable maintenance teams to understand issues and, in some cases, resolve them without even having to physically go out on location.

The benefit of operating a ‘predict and prevent’ system on HS2 will enable parts to be repaired and replaced when the asset notifies engineers – rather than relying on a rolling programme of maintenance and renewals.

“With HS2’s digital twin-based predict and prevent approach to maintenance, we have the ability to prevent failures and replace assets when the system indicates a decline in performance – as opposed to relying on a rolling programme of asset replacement,” explains David White, Head of Strategic Planning and Asset Management at HS2 Ltd. “Harnessing the power of the digital twin and its predictive capability could see an asset’s operational life extended by months or even years. This will enable us to reduce cost, cut waste, and shrink the environmental footprint of HS2’s maintenance operation and maintain a consistently high level of customer service.”

Even without its digital twin-based maintenance operation HS2 will be one of the most reliable railways in the world, so much so that VR technology has an important part to play in keeping teams familiar with the railway.

David further explained: “HS2 will be very safe and reliable, not least because it will be new and built to the latest standards. This in itself creates the challenge of keeping staff trained and competent to run and maintain both the railway and its stations. So we will create new tools through the use of VR and augmented reality (AR) technologies to maintain and enhance the skills of our maintenance and station teams.”