The Oman Rail-Etihad Rail JV Company Board of Directors discussed implementation plans and technical studies to progress development of a joint railway network between the two countries. 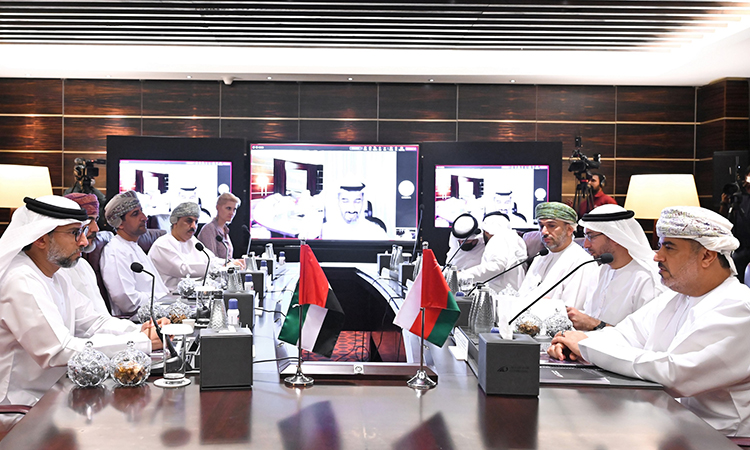 During the meeting, the Board of Directors discussed the implementation plans, including technical studies and architectural design, as well as environmental studies for routes, the business model, and the commercial affairs of the joint venture to develop a rail network between the two countries.

Emphasis was placed on the importance of fast tracking the execution of the project. The Board also committed to adopting the highest global standards for security, safety, and sustainability throughout the development of the network, which will extend for 303km, to provide safe and fast passenger transport and freight services. The network will contribute to the growth the two countries’ national economies and will improve the efficiency of supply chains whilst facilitating cross-border trade by linking commercial ports to the railway network. The Board of Directors also appointed Eng. Ahmed Al Hashemi as CEO of the company, and Eng. Mohammed bin Zahran Al Mahruqi as Deputy CEO. 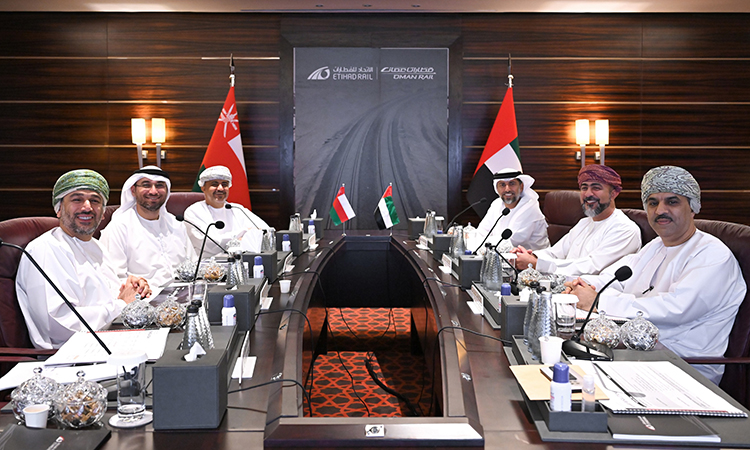 “The joint railway network will advance the land transport system between the two countries in line with the best-in-class criteria and standards, providing safe, reliable, and sustainable transportation,” Suhail bin Mohammed Faraj Faris Al Mazrouei, UAE Minister of Energy and Infrastructure, said. “In turn this will further facilitate connectivity between industrial and commercial centres and cement the longstanding social cohesion between the two countries.”

“The strategic initiative to develop a railway network between the Sultanate of Oman and the UAE would cement the strong brotherly ties between the two countries and would also reflect their joint efforts to achieve social and economic integration,” Saeed bin Hamoud bin Saeed Al Maawali, Minister of Transport, Communications and Information Technology in the Sultanate of Oman, said. “Through this partnership and the logistics progress it will bring about, various economic and trade activities will reap several benefits, creating new opportunities and providing high-quality transport solutions that will contribute to establishing a connection between Sohar and the Omani free zone, with vital economic and industrial zones in the UAE.”

The $3 billion railway network will contribute to the growth of the two countries’ national economies and improve the efficiency of supply chains whilst facilitating cross-border trade by linking commercial ports to the railway network. 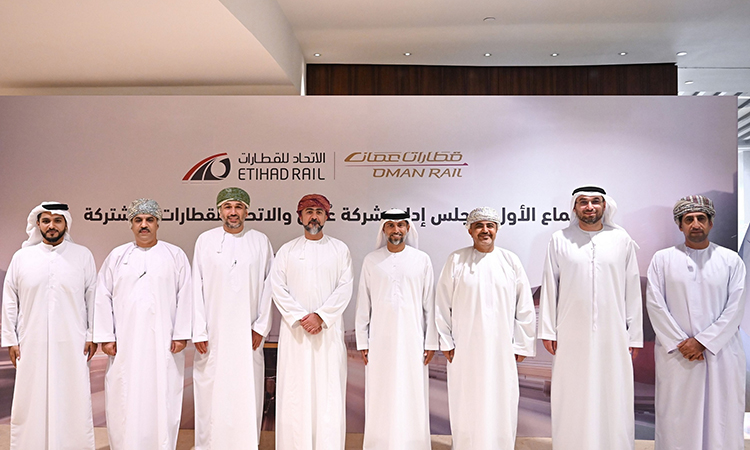