Tesmec have announced significant sales orders on the domestic and international railway market of an approximate total of €60 million. 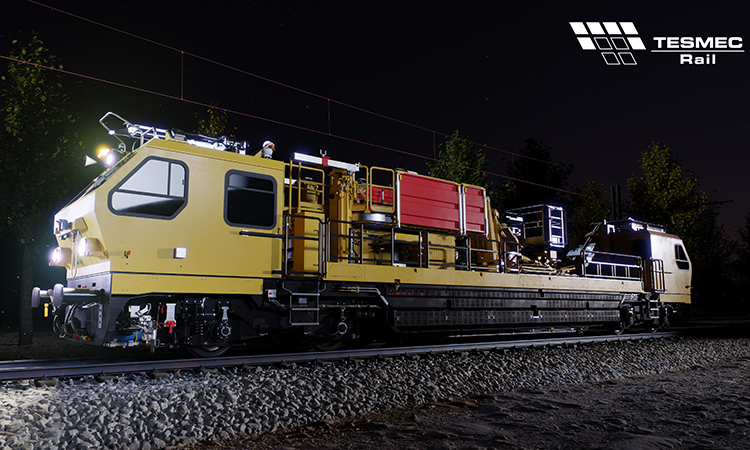 Tesmec S.p.A has announced that its subsidiary Tesmec Rail S.r.l. has achieved significant sales orders on the domestic and international railway market for a total amount of around €60 million.

In detail, the notice of the final award received from Ferrovie Emilia-Romagna (FER) concerns the supply of a multipurpose vehicle with bogie configuration, model OCPD001, integrated with the diagnostic measurement systems for track, geometry, and catenary solutions with European certification issued by Agenzia Nazionale per la Sicurezza delle Ferrovie e delle Infrastrutture Stradali e Autostradali (ANSFISA) that allow the vehicle to operate without line interruption, in addition to the full maintenance service.

The other contract refers to the supply of 20 vehicles for the construction and maintenance of the catenary signed with the Bulgarian national railway authority National Railway Infrastructure Company (NRIC). The vehicles are manufactured in compliance with the highest safety standards currently in force in the European Union, according to the EN14033 Standard. These multipurpose catenary railway vehicles are focused on innovation, safety, efficiency, and quality, as well as on sustainability and energy saving, to operate on the national railway network thanks to the achievement of the “Authorisations for placing on the market” issued by European Railway Bodies.

Growth in the railway sector

The new orders are strategic for Tesmec Group, because they confirm Tesmec’s expected growth in the railway sector, strengthening its positioning at an international level, both in the diagnostic field and in the catenary maintenance.

In this way, Tesmec Group’s international propensity is thus confirmed as a result of a path undertaken over the years, which provides the development of innovative railway technological solutions thanks to the knowhow, experience, and ability to develop cutting-edge solutions of Tesmec Rail subsidiary, in markets where investments for the efficiency and safety of the railway line are the basis for infrastructure development.

“The new contracts, which follow those already signed in Czech Republic, Egypt and Israel, and the meetings we had during InnoTrans, make us completely confident as they confirm the success of our business strategy, on which we have been working for many years, as well as our strengthening globally,” Ambrogio Caccia Dominioni, Chairman and CEO of Tesmec, said.