A second 2,000 tonne TBM has been launched by HS2. This TBM will journey for 5-miles towards Greenford in West London. 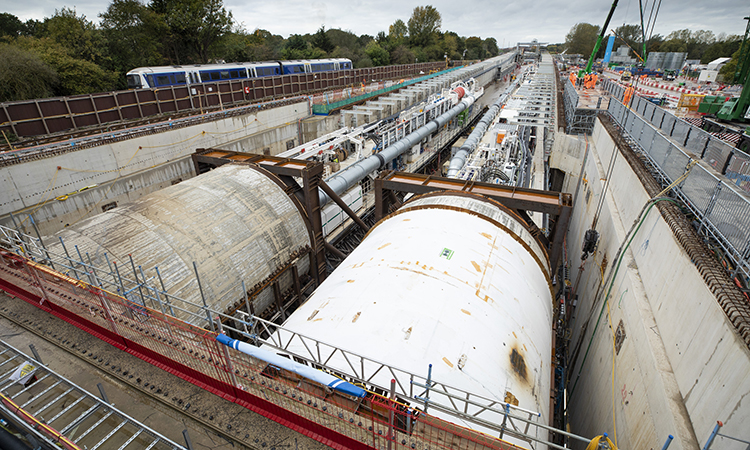 HS2 Ltd has launched the fifth Tunnel Boring Machine (TBM), nicknamed ‘Caroline’, that will be constructing tunnels for the HS2 railway through London. The second launched in the capital, the 2,000 tonnes machine joins ‘Sushila’, that was switched on earlier this month on the same West London site.

Named after 18th century astronomer Caroline Herschel, the giant machine will now dig for 22 months, non-stop except for Christmas Day, towards Greenpark way in Greenford – boring five miles of the twin-bore Northolt Tunnel. ‘Caroline’ will be operated by a crew of 15 people, working in shifts. An additional 25 people will directly support each tunnel drive on the surface.

Travelling at an average of 14m per day, ‘Caroline’ will dig the five-mile tunnel and install 4,207 tunnel segment rings to create the tunnel. Each ring of the tunnel is made up of seven concrete segments which have been manufactured in the UK by Pacadar based in Kent. 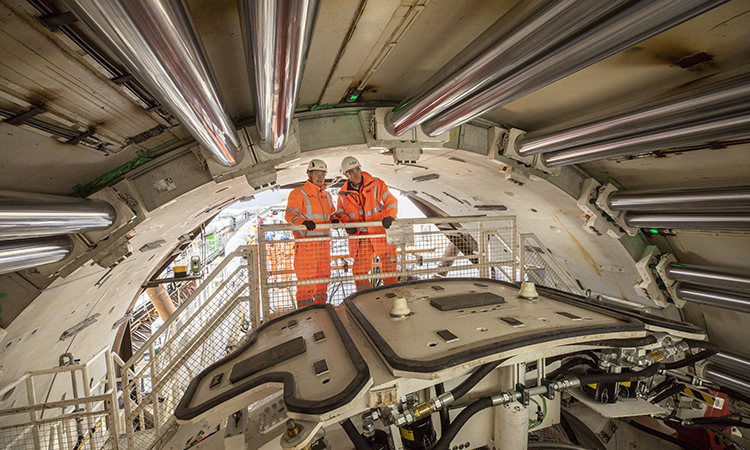 “HS2’s construction continues to gather pace, and the launch of the fifth Tunnel Boring Machine on HS2 is another significant moment for Britain’s number one levelling-up project,” Mike Lyons, Civils Delivery Director for HS2, said. “Creating jobs and contracts for businesses today, HS2 is an investment in Britain’s economic growth now and for generations of rail passengers to come.”

‘Caroline’ will be operated by Skanska Costain STRABAG JV (SCS JV), HS2’s Main Works Civils Contractor constructing the HS2 tunnels in London.  She joins ‘Sushila’ who has already travelled over 70m in the three weeks since launch.

“We’re delighted to have begun our tunnelling journey towards Euston, travelling under one of the busiest cities in the world,” James Richardson, Managing Director of Skanska Costain STRABAG JV, said. “Getting to this point has been a huge team effort and the scale of this programme has enabled many new people to join the industry and work on this crucial national infrastructure project.” 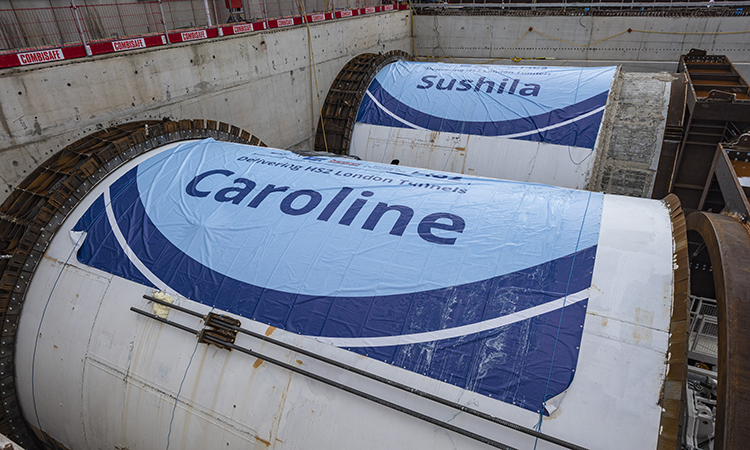 Once ‘Caroline’ and ‘Sushila’ reach their destination at Greenpark Way, they will be dismantled and extracted from a 40m deep shaft. Separately, two other equally massive tunnel boring machines will set off towards Greenpark Way from HS2’s Victoria Road site in 2023 to build a further 3.4-mile twin-bore tunnel. Combined, the quartet of TBMs will build 8.4miles of twin bored tunnels between West Ruislip and the new high speed rail super hub station at Old Oak Common. 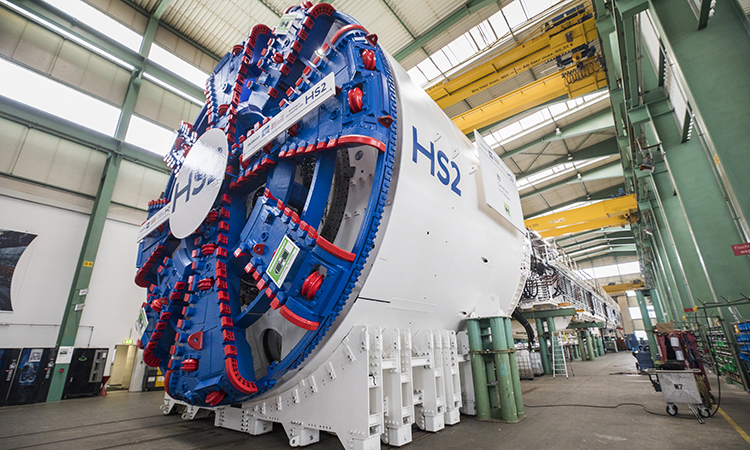