More than 2,300 people joined HS2 over the past three months, bringing the current total workforce to just under 30,000. 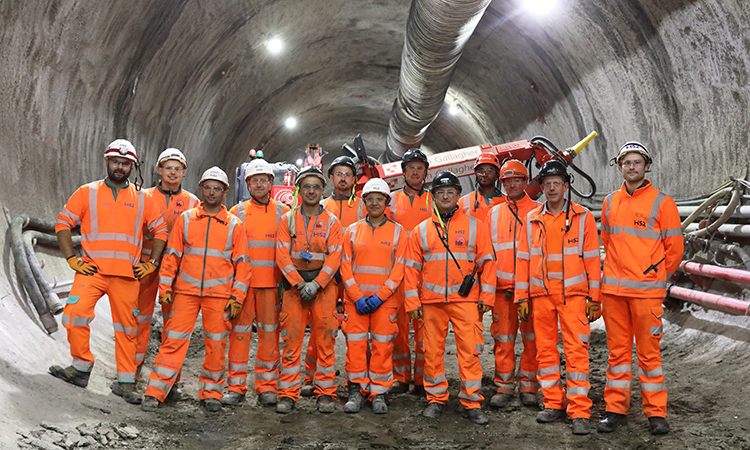 In the last three months, the rapid pace of HS2’s construction has seen more than 2,300 people join the company, helping to build HS2’s stations, viaducts, bridges, and embankments, taking the current total workforce to just under 30,000.

The project’s record employment figure reflects the scale of major civils and early works now underway, spanning 350 sites from the southeast to the northwest. The first tunnelling breakthrough at Long Itchington in Warwickshire, the appointment of the Interchange Station construction partner, and the launch of the first giant tunnelling machine in London, are just some of the construction highlights that have fuelled workforce growth since the summer.

In addition, 217 people who were out of work were also supported into jobs, taking the total number of formerly unemployed now working on HS2 to just under 2,500. HS2’s construction partners work with employment support services and local authorities along the route of the railway to ensure those most in need can access fast-track training programmes that lead to paid work trials and employment in a matter of weeks.

“Our contract awards are helping small businesses across the UK to grow and sustain their workforces, and nearly 30,000 people are benefitting from skilled jobs with a long-term future,” Mark Thurston, CEO at HS2 Ltd, said. “By supporting apprentices and the unemployed into meaningful careers on HS2 we’re creating the next generation of engineers and construction workers, a trend that will continue as our construction programme gathers momentum going North.”

A further 210 UK businesses joined HS2’s supply chain this quarter, taking the current number of unique suppliers to 2,760 across all 12 UK nations and regions. Sixty one percent of those actively engaged in the supply chain are SMEs. The drive to upskill the next generation also continued, with 45 new apprentice starts recorded in Quarter Two, putting HS2 firmly on track to reach its target of creating 2,000 new apprentice starts.