Amtrak will soon start to look for a construction contractor to replace the Connecticut River Bridge, paving way for better reliability and decreased delays on the U.S. Northeast Corridor. 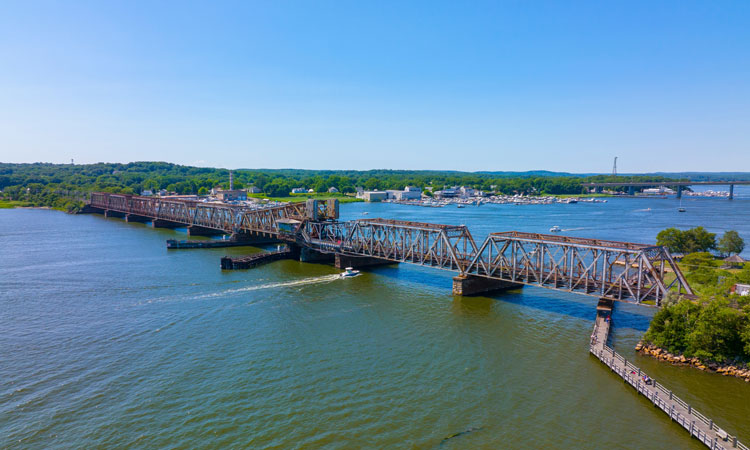 Amtrak have announced that, in early-2023, it will be entering into the procurement phase to select a construction contractor for the new Connecticut River Bridge.

Delivered via a ‘design-bid-build’ method, the bridge replacement with more modern infrastructure will allow for better reliability and decreased delays for train passengers.

As part of a more than $500 million investment from Amtrak, the Connecticut Department of Transportation (CTDOT), and the Federal Railroad Administration (FRA), Amtrak intends to award the contract in late-2023, with construction expected to start in early-2024.

An essential part of the Northeast Corridor (NEC)

Laura Mason, Amtrak’s Executive Vice President, Capital Delivery, said: “Building a new Connecticut River Bridge is one of several projects Amtrak is advancing that signifies we’re in a new era for rail. We thank our partners for their support, and we look forward to awarding the contract so we can get shovels in the ground for a project that will improve reliability of the Northeast Corridor (NEC) and train travel in Connecticut and beyond.”

U.S. Senator, Richard Blumenthal, said: “Necessary improvements to Connecticut’s rail infrastructure are on the way. The Connecticut River Bridge is an essential part of the NEC’s busy rail line, and in dire need of repairs. I have proudly fought for federal support of Connecticut’s rail to make these types of upgrades possible and to improve rail service for the traveling public.”

Cutting down on commute times

U.S. Senator, Chris Murphy, said: “Connecticut’s proximity to New York and Boston is one of our state’s economic strengths, but these benefits are in jeopardy after years of underinvestment in our transportation system. Finally, this is changing. A new Connecticut River Bridge will fix what’s been a major chokepoint on the NEC, improving services and reliability while cutting down on commute times.

Connecticut Transportation Commissioner, Joe Giulietti, said: “Thanks to the Federal Railroad Administration’s and the Connecticut Federal delegation’s continued support of Connecticut’s rail infrastructure and our ongoing partnership with Amtrak, much-needed improvements to the Connecticut River Bridge are on the horizon. This area is a critical piece of infrastructure along the NEC, and through this project, services will improve, and speeds will increase. We look forward to working with Amtrak and all our partners on this important project.”

The Connecticut River Bridge, first built in 1907, is located on the NEC between the towns of Old Saybrook and Old Lyme and is used by Amtrak, CTRail’s Shore Line East, and freight trains. The project will involve building a two-track, electrified, and resilient movable bridge structure equipped with new track, signal, catenary, power, communication, controls, and security features. The new bridge structure is expected to have a useful life of 150 years. As part of the project, the selected contractor will also perform any environmental mitigation required by the permitting/NEPA process.