New analysis commissioned by the RIA has shown that reducing travel times by train would support thousands of new jobs across the UK. 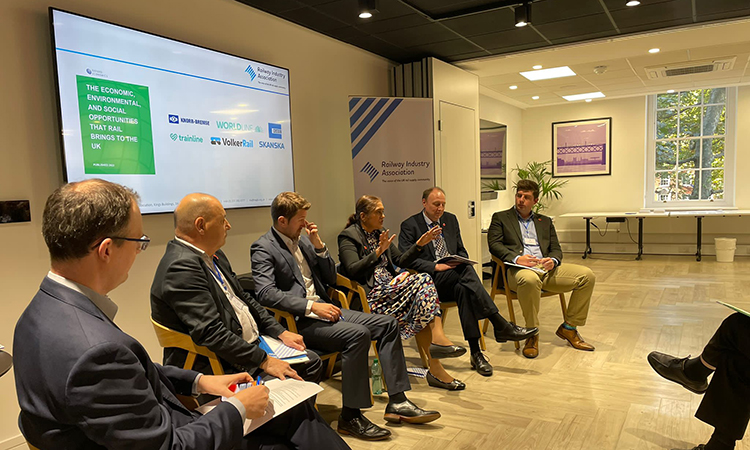 New analysis, commissioned by the Railway Industry Association (RIA), looking at the economic, environmental, and social benefits of UK rail, found that a 10 per cent reduction in journey times would lead to up to 17,600 jobs in London, 9,000 in the West Midlands and 8,200 in Scotland, due to people having easier access to employment.

The report highlights the wider benefits of UK rail, and the fact that it creates significant economic, environmental, and social opportunities across the entire UK, and demonstrates how the railway industry is in prime position to help support key Government priorities, including economic growth, levelling up and achieving net zero.

The report’s key findings include:

The research builds on the RIA-commissioned September 2021 Oxford Economics report on the economic contribution of rail, which showed that rail supports £43 billion GVA in economic growth, 710,000 jobs, £14 billion in tax revenue and for every £1 spent on rail £2.50 of income is generated in the wider economy. 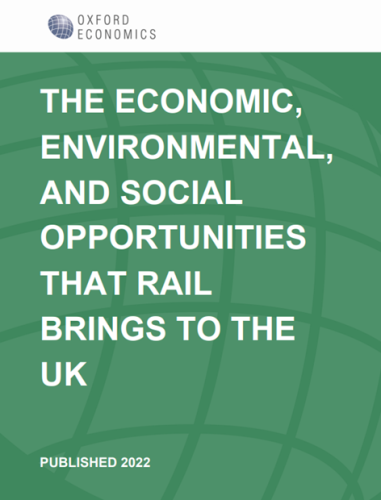 “From creating jobs to cutting carbon emissions and improving health outcomes, the railway industry is perfectly positioned to support economic growth, help deliver on levelling up and accelerate the drive towards net zero. Darren Caplan, Chief Executive for the Railway Industry Association, said. “Unleashing the potential of the railway industry to deliver these transformational benefits of course requires the right support from government. With passenger numbers climbing this year towards almost pre-pandemic levels, and more rail capacity clearly required in the years ahead, now is not the time for the government to take its foot off the pedal when it comes to rail investment. This report shows that the wider environmental and social benefits should not be ignored too.”

“This report from Oxford Economics provides more evidence of the immense value of UK rail and demonstrates the potential of the industry to create jobs, boost pay, combat climate change, and improve health and wellbeing,” Lord Berkeley, Co-Chair of the All Party Parliamentary Group on Rail, said. “This analysis should be valuable food for thought for the government, leaving ministers in no doubt of the existing and potential economic, environmental and social benefits of the railways, and the need for ongoing investment in new and current infrastructure”.

“Our new report demonstrates the impact of rail in the UK across a range of economic, environmental and social benefits, building on our 2021 report on the GDP, employment and tax contributions of UK rail.” Adrian Cooper, CEO of Oxford Economics, said. “This research shows that the rail network supports the productive potential of the UK economy by connecting people and places. It also reduces congestion for other modes of transport and enables access to employment. Moreover, rail has a lower environmental impact than most other modes of transport, and new technology should further reduce its impact. Continued investment in rail will help support the UK government’s net zero ambitions. Finally, we find that rail encourages social mobility and inclusion, supporting the government’s levelling up strategy.”