A new footbridge and signalling system has been installed at Castleford station to help trains run more reliability and keep passengers moving. 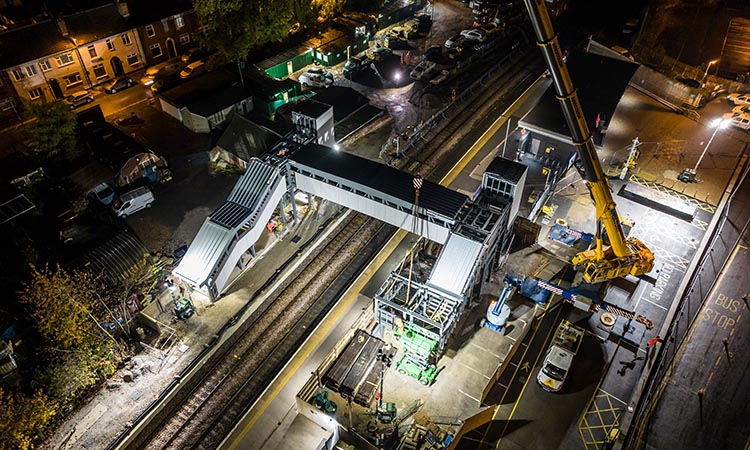 A brand-new footbridge and signalling system are now in place at Castleford station to bring better journeys for passengers as part of the Transpennine Route Upgrade. A video highlighting the recent work that has taken place at the station was released by Network Rail, it can be found below.

The new footbridge, which is fitted with lifts to make it fully accessible, will link the recently improved station building and facilities to the station’s reconstructed second platform, which has been out of use for more than 20 years.

Opening in 2023, the second platform and new signalling system will help trains to run reliably and on time, as well as eventually allowing more trains to run through Castleford. A new track crossover has also been installed at Cutsyke to the west of the station to allow trains to use either platform in the future. The work took place over three days between 28 and 30 November, while rail replacement bus services kept passengers moving and members of Northern staff were on hand to assist travellers. 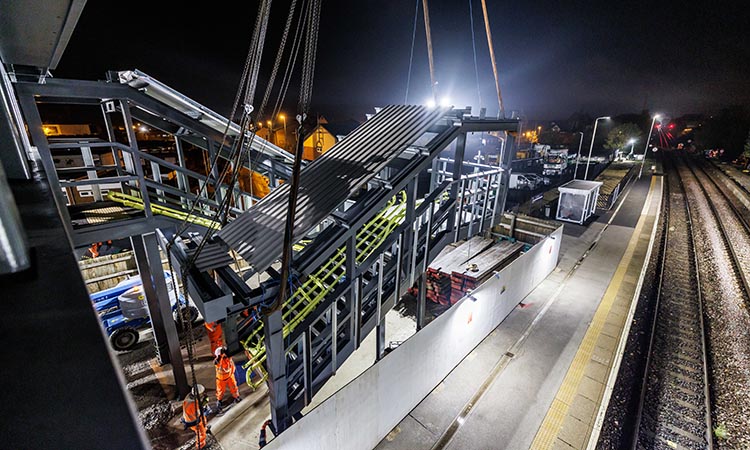 The work was successfully delivered as part of the Transpennine Route Upgrade, which will enable the Castleford line to divert trains and keep passengers moving during major upgrades on the main line between York and Leeds.

“A new platform and better signalling will revitalise rail for those travelling to, through or from Castleford station,” Andrew Morgan, Principal Programme Sponsor for Network Rail, said. “This latest milestone marks a huge moment in a scheme which will ultimately offer a fully accessible, better served station for people in the town. It also means that going forward, we’ll be able to keep passengers moving on trains by diverting them via Castleford while we deliver the major Transpennine Route Upgrade.”

“We are grateful to our customers for their patience whilst this work took place,” Rob Warnes, Strategic Development Director for Northern, said. “Once the new platform and lifts come into service, both sides of the upgraded Castleford station will be fully accessible for all, with more resilience built into the station allowing us to run a better service for our customers.”