HS2 have launched the 2,000-tonne tunnel boring machine for its second tunnel drive under Long Itchington Wood in Warwickshire. 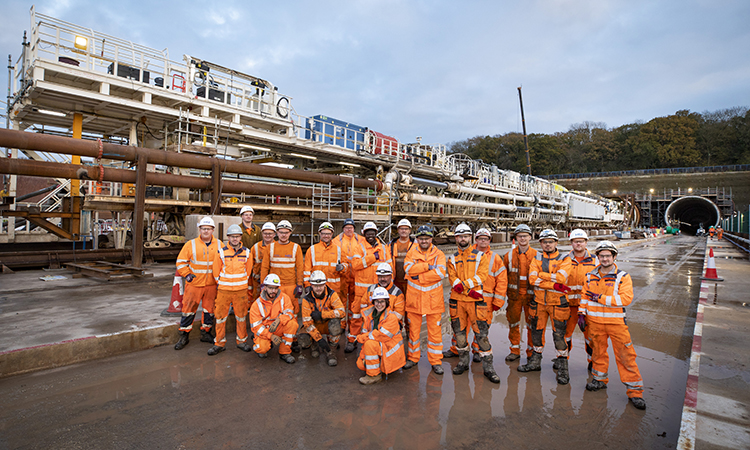 HS2 Ltd’s 125-metre-long tunnel boring machine (TBM) nicknamed ‘Dorothy’ has launched for her second one-mile tunnel bore under Long Itchington Wood in Warwickshire, marking the next milestone for construction on the northern section of Phase One.

After launching in December 2021, the Balfour Beatty VINCI (BBV) tunnelling team worked around the clock in shifts over seven months, with the TBM becoming the first on the HS2 project to complete a tunnel drive in July 2022.

“After celebrating HS2’s first historic tunnel breakthrough in July, this TBM reassembly and relaunch is another first for the HS2 project,” Doug Barnett, Senior Project Manager for Long Itchington Wood Tunnel at HS2, said. “One year after Dorothy launched for her first drive, she’s now set off for the second bore, and we look forward to seeing the next HS2 tunnel breakthrough in summer 2023.” 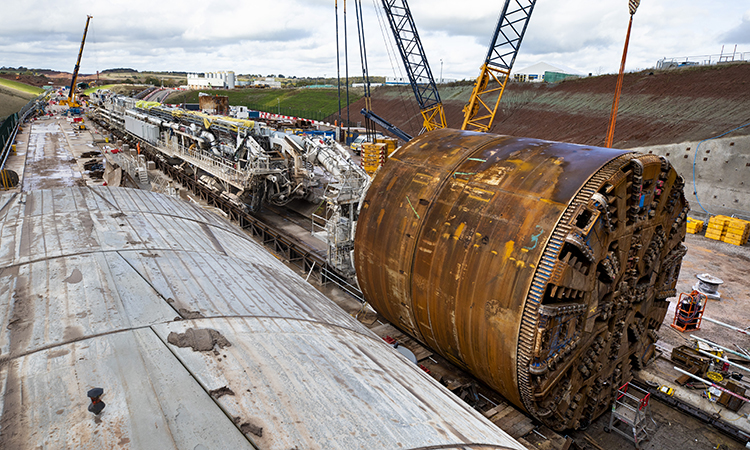 Over the four months since the breakthrough, the gantries of the tunnel boring machine, which weigh over 1,000 tonnes, were brought back through the tunnel and reassembled at the north portal. The huge cutterhead, weighing 160 tonnes and with a 10-metre diameter, was moved by road during an intricate night-time operation in September. The TBM’s 130 tonne tail skin and eight other large pieces from the TBM’s front shield and middle shield, were also transported by specialist equipment. A time lapse of the reassembly can be found below.

This is the sixth tunnel launch on the project, but the first time a TBM has been reassembled and reused. Four other TBMs are currently in the ground, digging twin bore tunnels under the Chilterns and London. When the TBM breaks through in summer 2023, Long Itchington Wood Tunnel will be the first twin tunnel to be completed on HS2.

“This has been an intense four months for the 300-strong team, including an intricate logistical operation to safely transport the TBM’s giant cutterhead and tail skin back to the north portal,” Neil Johnson, Tunnels Delivery Director for Balfour Beatty VINCI, said. “This is another fantastic milestone for BBV and a proud moment for our fantastic tunnelling team.” 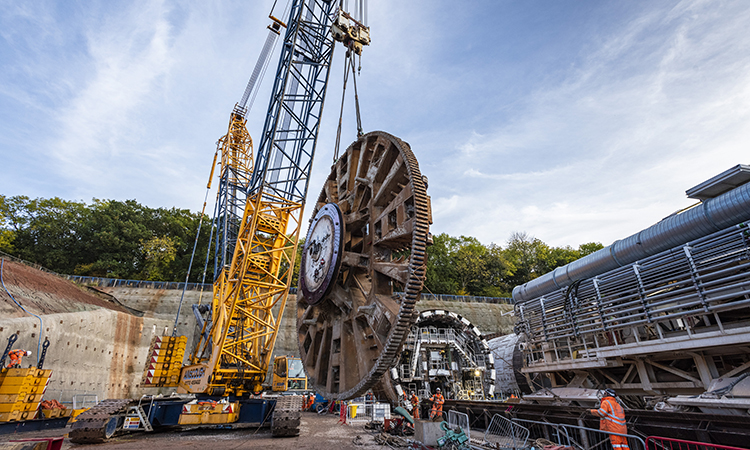 The tunnel, which preserves the ancient woodland above, forms a key element in how HS2 is managing environmental impacts through the design of the railway, protecting Britain’s precious wildlife habitats. Long Itchington Wood is classified as a Site of Special Scientific Interest (SSSI) with complex ecosystems that have taken hundreds of years to establish. Excavation of the twin bore tunnel will produce around 500,000 tonnes of mudstone and soil, which is being processed at an on-site slurry treatment plant and separated out before being transported by a 254-metre conveyer to be used to build embankments along the route of the railway.