NS has awarded CAF a contract, valued at more than €600 million, for the supply a new fleet of 60 double-decker trains for intercity services. 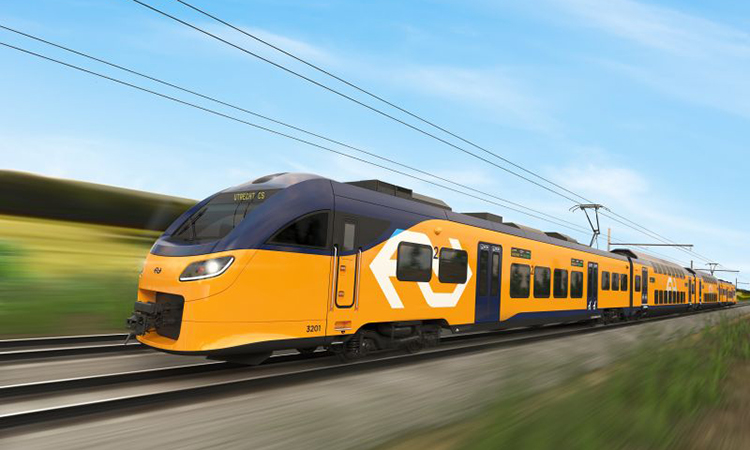 NS (Nederlandse Spoorwegen), which operates commuter and intercity trains on the Dutch Main Rail Network, has ordering a new fleet of double-deck trains for intercity services from CAF. This new contract follows the successful SNG-Civity train sets for commuter services, of which the last of in total 206 train sets are currently being delivered. The new contract consists of the supply of 30x 4-car units and 30x 6-car units, as well as technical support for maintenance, with NS carrying out the maintenance itself. The value of the newly signed contract amounts to more than €600 million and includes additional options for further units which would increase this amount.

NS is the state-owned operator in The Netherlands and one of the leading companies in the European railway sector. This project provides evidence of the success of the Civity platform developed by CAF for Suburban, Intercity and Regional services on the European market, as it has been used for various projects performed in countries such as Holland, the United Kingdom, Sweden, or Italy.

The main features of the units to be supplied by CAF combine high capacity and easy vehicle accessibility. Each train set therefore consists of a combination of single deck and double deck cars, the single deck cars offering level access for persons with reduced mobility. The trains will have a maximum speed of 160km/h. This contract marks a milestone as this is the first customer to receive double-decker Civity platform units.

The project is part of NS’ ongoing plans to renew its current double-decker fleet, whilst also increasing its service capacity for the next few years. The first units are scheduled for operation on the Intercity routes that cross the entire country by 2028, with the possibility to exercise some of the extension options for additional units, or the implementation of train versions that can run on cross-border routes to other countries such as Germany and Belgium.

CAF’s relationship with NS dates back to 2014 with a contract consisting of the production of 118 Civity platform suburban trains. Subsequently, in late 2018, this contract was extended with an additional 88 units, which, given the significance of the customer and the value of the contract (close to €1 billion) was one of the most significant contracts concluded by CAF in Europe.