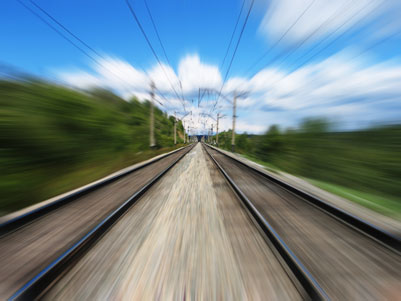 The Community of European Railway and Infrastructure Companies (CER) has published a set of ‘Policy Priorities’ for the 2014-2019 mandate – recommendations for EU policy-makers CER believes would be conducive to effective EU railway and transport policies in the years to come.

Transport, energy, and climate policies play a crucial role in strengthening Europe’s economic security, its economic competitiveness, and its ability to pursue a robust external policy. Rail, as a low-oil, low-carbon transport mode, should constitute the backbone of a new-generation transport system and facilitating its growth will deliver positive growth and employment impacts. In order to reach this potential, CER suggests a three-pronged approach:

One, stabilise the legislative framework for the railway market. Two, pursue a pro-growth agenda for the railway sector. Three, develop a new inter-modal strategy for transport.

CER calls for a shift in emphasis on the part of EU policy-makers. The priority in the regulatory field should now be the efficient implementation of the Recast Directive and of the Fourth Railway Package once it enters into force – while avoiding further modifications in the area of market legislation.

EU institutions have at their disposal tools that are softer and more light-touch than outright law-making. CER calls for such policy tools to be developed in more depth in the context of an enhanced dialogue between the rail sector and EU institutions.

CER Executive Director Libor Lochman said: “CER looks forward to fruitful exchanges of views with the European Commission and the European Parliament in order to bring about the right framework conditions for rail to grow and fulfil its potential.”

The CER ‘Policy Priorities’ for the 2014-2019 mandate will be discussed at an event organised by CER on 15 October in Brussels. To register, please click here >>

By The Community of European Railway and Infrastructure Companies