Transporting goods from Asia to the EU – What role for intermodality?

On 24 February, the Community of European Railway and Infrastructure Companies and the Latvian Presidency of the EU jointly organised a political debate on the role of intermodality in the transport of goods from Asia to the EU… 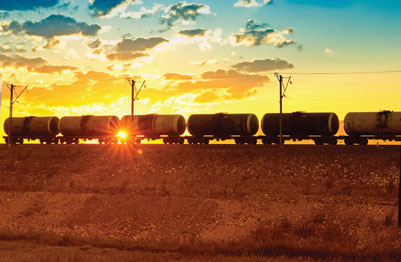 The EU's TEN-T Programme will back with over €1 million studies on improving and extending the freight rail network linking Portugal, Spain, France and Germany

On 24 February, the Community of European Railway and Infrastructure Companies (CER) and the Latvian Presidency of the EU jointly organised a political debate on the role of intermodality in the transport of goods from Asia to the EU. The event was a good occasion to reflect upon current obstacles preventing rail and rail-road combined transport from realising their full potential, and on possible policy measures to reinforce the competitiveness of the terrestrial Euro-Asian link against the currently dominant maritime route.

The debate focused on how the terrestrial route from Asia to Europe may constitute a viable alternative to the maritime routes (via the Suez Channel or via the Cape of Good Hope). The terrestrial route can potentially cut transit time by up to two thirds compared to the maritime alternatives. In addition, the use of rail-road combined transport can decrease energy consumption by this same proportion compared to maritime transport and significantly more compared to transporting goods by air and thus contribute to the EU environment targets and the Transport White Paper ambitions.

Deputy State Secretary of the Latvian Ministry of Transport Dins Merirands said: “While most of the traffic between Asia and Europe uses maritime routes, I believe that further development of inland transport routes would provide additional credible and competitive transport options. I also truly believe that railway transport can be more competitive both in terms of time and cost when production areas are situated relatively far from the ports, such as in China and India, and cargo is destined for southern or eastern European countries. Therefore, it is important to stress that Euro–Asian rail transport, and its intermodal combination with maritime and road transport, has already proved that it is a feasible and competitive transport option.”

CER Executive Director Libor Lochman added: “The projected increase of trade between Asia and Europe and the perspective of medium-term energy scarcity and rising energy prices urgently necessitate the development of a terrestrial alternative to maritime and air transport on the Euro-Asian axis. Rail-road combined transport and rail transport have strong assets, such as speed, safety, sustainability and energy efficiency. They are particularly suited to Euro-Asian traffic. However, the development of the terrestrial route requires political commitment from the countries concerned along its whole stretch. Within the European Union itself, CER calls on the European Commission to reinforce the East-West links by encouraging Central and Eastern European countries to invest in the necessary infrastructure.”

By Community of European Railway and Infrastructure Companies