Agreement reached on market pillar of the Fourth Railway Package

On the 19 April 2016 an informal agreement was reached on the Market Pillar of the Fourth Railway Package. 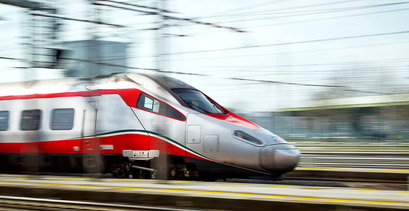 On the 19 April 2016 an informal agreement was reached on the Market Pillar of the Fourth Railway Package. A provisional deal has been reached between the Netherlands presidency and the European Parliament on the opening of domestic rail passenger markets in member states and the strengthening of the independence of rail infrastructure managers to ensure effective and non-discriminatory access to infrastructure. The agreement is provisional and subject to approval by the European Council.

Agreements were made on all three proposals of the ‘market’ pillar of the Fourth Railway Package: a revised regulation governing public service contracts, a revised directive on establishing a single European railway area and a regulation repealing the regulation on the normalisation of accounts of railway undertakings.

The new rules have been designed to encourage investment and innovation and ensure fair competition in the rail market. It is hoped the guidelines will also help to improve quality and efficiency of rail services and help progression of a single European rail area.

“When this agreement is endorsed by the member states, it will improve the quality and efficiency of railway services in Europe”

The Dutch State Secretary of the Ministry of Infrastructure and the Environment, Sharon Dijksma, said: “Thanks to the cooperation and the flexibility of all parties involved, we have reached an ambitious provisional agreement. When this agreement is endorsed by the member states, it will improve the quality and efficiency of railway services in Europe”

Commenting on the agreement, The Community of European Railway and Infrastructure Companies (CER), Executive Director Libor Lochman said: “We will soon see the formal approval of the Technical Pillar. We hope that this is also going to happen for the Market Pillar within the next few weeks. If all of this is set, we can look forward to seeing the benefits of the new legal framework for a more competitive and more efficient rail market. We also hope that a long period of legal stability lies ahead of us.”

The presidency will submit the outcome of the negotiations for approval by member states at a meeting of the Permanent Representatives Committee on 27 April.