The railway’s contribution to Kent and south east London

The rail industry in the south east isworking together to deliver a £50 billion plus investment in Britain’s railway. 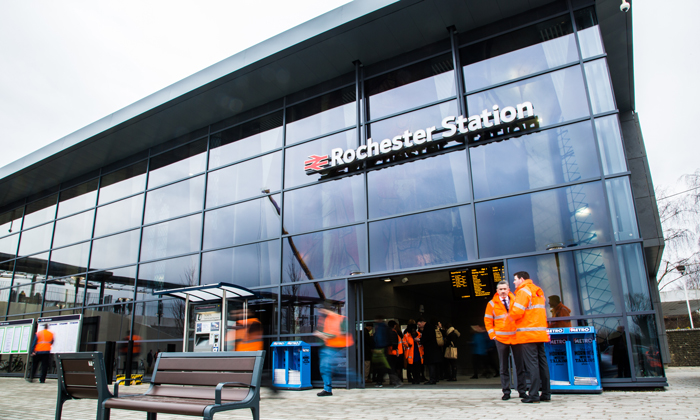 The rail industry in the south east is working together to deliver a record £50 billion plus investment in Britain’s railway, supporting jobs, growth and driving development and re-generation. 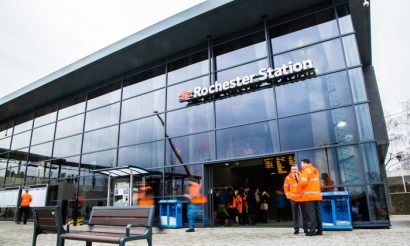 Improvements being delivered in the South East include the Thameslink Programme (which is building a new station at London Bridge), a new station building at Strood in Kent, a new platform at Redhill, and better journey times between Ramsgate and Ashford.

This is alongside improvements which have already been made in the area which include a completely new station in Rochester, Kent and new signalling through the Medway Towns.

Supporting jobs in the south east

Network Rail supports around 39,547 local jobs in the south east and last year the company spent £1.94 billion with 646 local businesses.

“As part of delivering record investment in the railway, Network Rail supports around 40,000 jobs across the South East and we are spending money with 646 local businesses,” said John Halsall, managing director at Network Rail South East route. “We intend to keep contributing to the economy in the South East, working with local businesses and creating jobs for local people on improving the railway to bring more connectivity and even more prosperity to all.”

“Passengers are now more satisfied with our stations, train times and platforms”

“We’ve made, and continue to make, investments in the areas our passengers told us are important to them, and our latest National Rail Passenger Survey figures show that these have been noticed,” added David Statham, Managing Director at Southeastern. “Passengers are now more satisfied with our stations (78%), train times and platforms (81%).”