In preparation for passenger services starting in 2018, testing has begun on the UK’s first Tram Train vehicles. 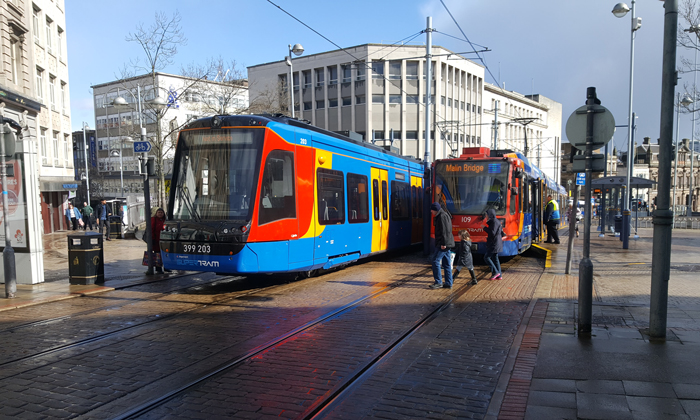 In preparation for passenger services starting in 2018, testing has begun on the UK’s first Tram Train vehicles on South Yorkshire’s Supertram system. 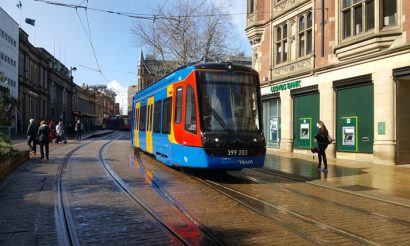 A Tram Train is a tram-type vehicle that has the signalling, power supply, control and telecommunications technology to run on both street tram lines and the rail network, meaning passengers can make a single journey between tram stops and conventional rail stations. Initial testing and mileage accumulation of the seven Citylink Tram Train vehicles is now underway.

This pioneering pilot will provide a direct transport connection from Sheffield city centre to Rotherham Central and Parkgate, travelling on both tram lines and the national rail network.

“People in Sheffield will start seeing the new vehicles running ‘out of service’ in-between scheduled trams,” said Stephen Edwards, Executive Director of South Yorkshire Passenger Transport Executive (SYPTE). “This important testing is making sure the vehicles and the existing Supertram system are working as they should. Driver training will commence shortly and we aim to put the Citylink vehicles into service to supplement Supertram services from this summer.

“The vehicles will then be tested on the heavy rail network early next year, before going into Tram Train passenger service.” 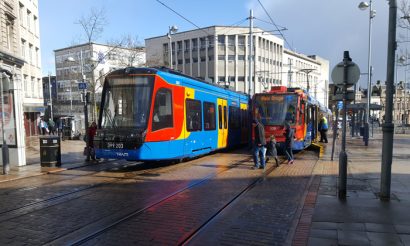 Engineering work between October 2015 and February 2016 made adaptations to the Supertram network to accommodate Tram Train vehicles and future works include the construction of a new section of track called the Tinsley Chord to link the tram system to the rail line between Sheffield and Rotherham, building new Tram Train platforms at Rotherham Central and Parkgate, and electrification of the network.

The Tram Train pilot is delivered by SYPTE, Stagecoach Supertram, Network Rail, Arriva Rail North and the Department for Transport.