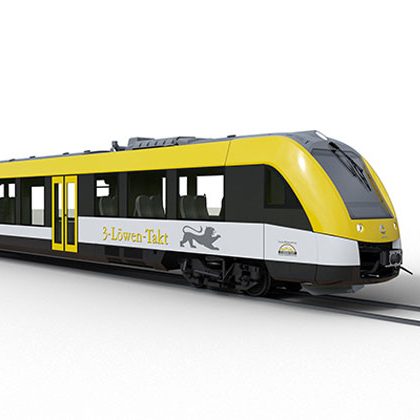 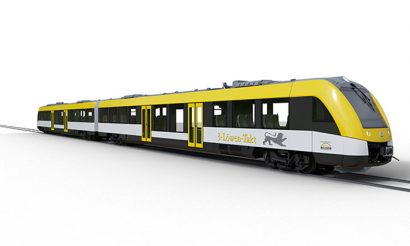 The diesel multiple units will be built in Alstom’s plant in Salzgitter and will run on the RE Ulm-Aalen, RB Ulm-Langenau and RB Ulm-Munderkingen lines (Vergabenetz 12 ‘Ulmer Stern’).

“With this contract, Alstom’s Coradia Lint will for the first time serve in the Baden-Württemberg region,” said Jochen Slabon, Sales Director for Alstom in Germany and Austria. “Alstom’s well-proven regional trains will be a real enrichment for the region and bring passenger comfort to a new level.”

With an maximum operating speed on 14km/h, the Coradia Lint 54 is a low-consumption diesel multiple unit with a high acceleration rate. The two-car trains ordered by HzL have an access height of 628mm, a seat capacity of 150 passengers, 18 bike stances and they feature a convenient seat layout with tables for lap-tops at most of the fixed seats.

The trains are all equipped with Wi-Fi, entertainment and passenger information systems with monitors for static and dynamic information, as well as video surveillance guaranteeing a high level of passenger safety.

“The Lint from Alstom is an absolutely new feature in our train fleet,” added Tobias Harms, Chief Technology Officer HzL. “We are very excited about the new trains and are happy to be able to offer our future passengers a high comfort.”

The Coradia Lint regional trains will be delivered by May 2019.