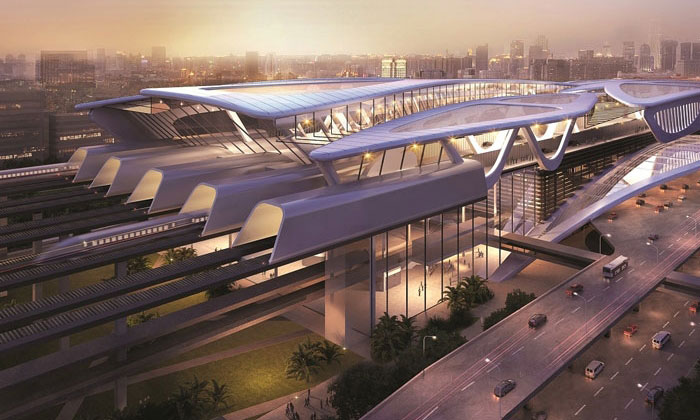 “The designs of each station were conceptualised to reflect not only the diverse heritage, culture and identity of each city along the HSR corridor, but also demonstrate the growth vision that will be accomplished with the KL-SG HSR,” said Tan Sri Dr. Ali Hamsa, Chief Secretary to the Government of Malaysia and Chairman of MyHSR Corp.

The ‘MyStations: Transforming Malaysia’ event also saw the signing of the commemorative 0-0 Ground Control Point (GCP) marker plaque. This plaque will be installed at the 1st order monument in Bandar Malaysia and will form part of the GCP network used for survey works to develop a new coordinate reference system for the project. This ensures accuracy of locations and points along the HSR corridor for the purposes of identifying specific areas for land acquisition and construction.

MyHSR Corp will begin the HSR Public Inspection from 1 November 2017 at key locations in Kuala Lumpur, Negeri Sembilan, Melaka and Johor for a duration of three months. Local communities along the corridor are encouraged to attend the HSR Public Inspection as it serves as an avenue for the public to share feedback or raise any concerns regarding the project and the proposed alignment.

The event was attended by YAB Dato’ Sri Mohd Najib bin Tun Haji Abdul Razak, Prime Minister of Malaysia, Federal Ministers, senior representatives from the Government and the private sector. The KL-SG HSR project, which is set to start operations in 2026, will catalyse the nation’s overall socio-economic growth while creating wider investment and job opportunities for the people in the intermediate HSR cities.