The President of the Urząd Transportu Kolejowego (the Polish railway authority and market regulator) has granted LEO Express with open access on the Kraków-Prague route. 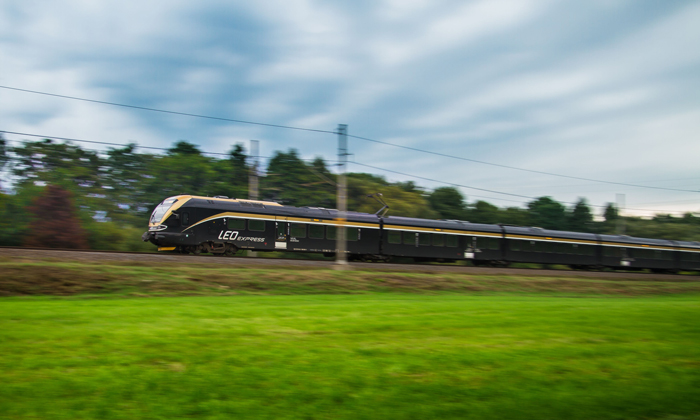 This makes LEO Express Poland’s first private carrier to operate long-distance Polish trains and is the next important step to launch regular LEO Express trains on the route from Kraków to Prague.

Passengers will receive international rail connections to the Czech Republic”

“Passengers will receive international rail connections to the Czech Republic: the actual offer on this route will be extended – all without any outlay from public funds,” said Peter Köhler, chairman of LEO Express. “Poles will join the Swedes, Brits, Czechs, Germans, Slovaks, Austrians and Italians, who have been able to benefit from rail competition and the development of passenger rail transport.”

According to its motion, LEO Express plans to launch one pair of trains every day on the route from Prague to Kraków, with the train leaving Poland in the early mornings and coming back to Krakow in the evenings.

“I am pleased, that I was able to grant the decision for a new railway undertaking,” added President Ignacy Góra, of the UTK. “Competition on tracks boosts the chance that the passenger will obtain better [a] offer: price, comfort and quality of service.

“It is important that competition should be governed by the law provisions so as to improve the situation of the passengers. We do not want to face the worsening of service frequency in the longer term.”

LEO Express will now move on to the next stage of its efforts to start transporting passengers on Polish tracks and the company has said it will announce the date of commencement of transport in Poland within a couple of weeks.