The waterfront city of Norfolk, Va has now had five years of returning Amtrak Northeast Regional services, increasing the ridership numbers for the area… 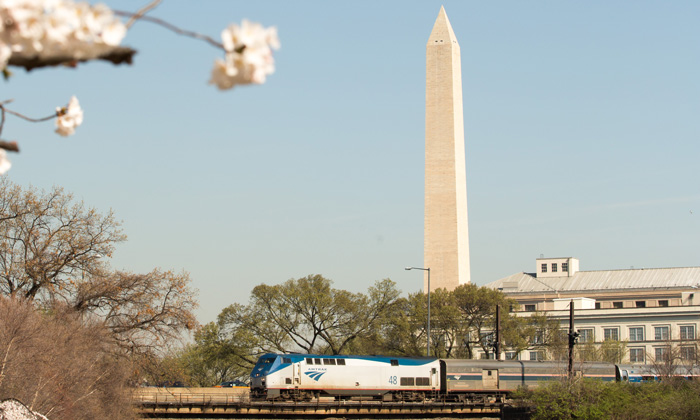 The Amtrak Northeast Regional service connects the Hampton Roads area to the national rail network of more than 500 destinations. Throughout 2017 the Washington D.C. to Norfolk route served a total of 155,389 customers, with ridership for the Norfolk station at 47,493. Consequently Norfolk was the highest-performing city pair in the Virginia state-supported system for Fiscal Year 2017.

“The success of the Norfolk service testifies to the progressive vision the Commonwealth has brought to bringing real alternatives for residents to travel,” said Joe McHugh, Amtrak Vice President of State-Supported Services Business Development. “Increasing ridership for all the routes in Virginia speaks to how many people recognise trains as the smarter way to travel”.

The Virginia Department of Rail and Public Transportation (DRPT) supports six Northeast Regional trains and provides a same-seat trip to other cities along the Northeast Corridor. The Norfolk station is also a stop for the Thruway bus connection for service to the Amtrak station in Newport News, Va.

“It is our mission to provide transportation options, and the success of the Norfolk line proves the Commonwealth’s commitment to its citizens,” DRPT Director Jennifer Mitchell said: “We are incredibly proud to celebrate the service’s fifth anniversary and looking forward to expanding the passenger rail in Virginia, including two new trains serving Norfolk in the next four years.”

Amtrak, DRPT and the city of Norfolk partnered to bring intercity passenger rail back to the city for the first time since 1977.

“Norfolk has worked hard to establish itself as the most multimodal city in the region, and is grateful that Amtrak believed resuming passenger rail services was an opportunity and not a challenge,” Norfolk Mayor Kenneth Cooper Alexander said: “The celebration of this milestone is further proof that Norfolk is committed to providing dynamic transportation options for all of South Hampton Roads.”

Amtrak, The Virginia Department of Rail and Public Transportation

Amtrak, The Virginia Department of Rail and Public Transportation