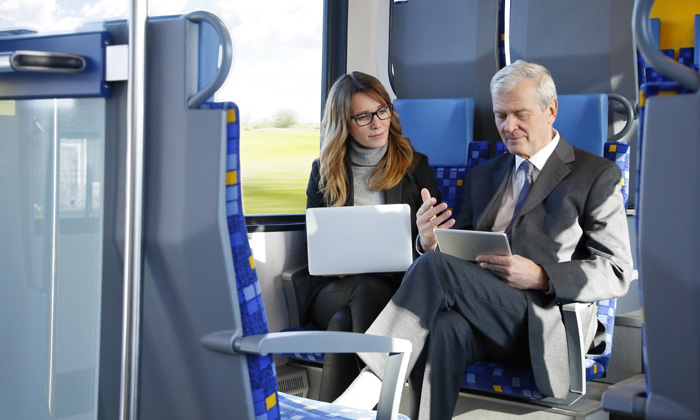 The new UK government proposals to improve Wi-Fi connectivity on trains could allow everyone on board one train to stream videos simultaneously.

The rapid growth of mobile data requirements and the use of smartphones and tablets has encouraged the Government to commit to the 5G strategy; improving coverage where people live, work and travel, including on trains. Connectivity for passengers on all mainline routes could be dramatically improved by 2025 with each train receiving speeds of around one gigabit per second (Gbps).

Minister for Digital, Matt Hancock, said: “We want people to be able to get connected where they live, work and travel. This means improving connections on Britain’s railways now, and making sure they are fit for the future. We’ve got a long way to travel but our destination is world-class signal for passengers. This will not only make journeys more enjoyable and productive, but will help improve the operation and safety of the railway and deliver economic benefits for the whole of the UK.”

Rail passenger connectivity is largely delivered through mobile phone networks operating from remote (non-trackside) masts, meaning coverage is infrequent and in many places, non-existent. To deliver the improvements, upgraded trackside infrastructure would be required for reliable connectivity in areas of high passenger demand and difficult to reach areas, such as tunnels. This would involve laying fibre along the tracks, mounting wireless devices on masts (and other trackside infrastructure) to transmit the signal to the train and providing power supplies to these masts.

Work has already begun on a trial on the Trans Pennine route between Manchester and York, in partnership with Network Rail. This will ensure it is known how best to make use of existing trackside infrastructure and utilise Network Rail assets, as well as testing suitable track-to-train radio systems to deliver services to passengers under real-life conditions. This pilot is part of the government’s £31 billion National Productivity Investment Fund, which has already earmarked £1 billion specifically for improving Britain’s digital infrastructure, ensuring the UK is match-fit for the future.

“Wi-Fi has moved from being an optional extra to something essential for the 21st century rail passenger, so we welcome any improvements to capacity and coverage. It should become absolutely standard for all trains on the British railway network to have seamless connectivity, as it’s essential for attracting the smartphone connected generation to rail, as well as the business traveller working on the move,” said Bruce Williamson at Railfuture. “Very soon, trains without Wi-Fi will become unthinkable.”