Chicago’s Metra to replace its aging fleet of engines 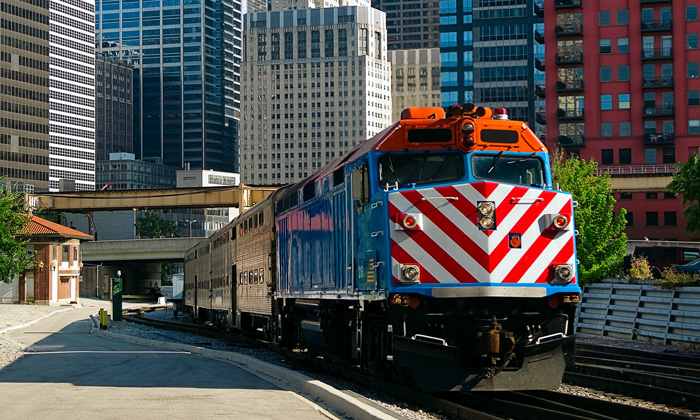 Metra currently has about $125 million programmed for locomotive purchases over the next five years. The Board of Directors has asked staff to consider financing alternatives, such as leasing, to maximise the efficient use of available capital resources.

The 2014 modernisation plan called for the purchase of 367 railcars and 52 locomotives. That 10-year plan, however, counted on Metra receiving $1.3 billion in new funding, which has not come through. Until it does, Metra is attempting to acquire as many cars and engines as possible with existing funding but unfortunately, it falls far short of Metra’s needs. The RTA estimated $1.2 billion a year for 10 years is needed to achieve and maintain a state of good repair on the system, including buying new cars and engines but also replacing and upgrading bridges, stations and other infrastructure. This year, Metra has one-sixth of that amount available.

“We are trying to do the best we can with available resources,” said Metra CEO and Executive Director Jim Derwinski. “Clearly, however, we need more capital dollars to continue to invest in our system and upgrade our assets.”

Metra expects to award the contract for locomotives later in 2018, with delivery in 2020. The new or remanufactured locomotives will allow outdated diesel locomotives to be replaced with modern, cleaner-burning engines; significantly improving air quality.

Metra also issued an RFP in April 2017, for at least 25 new railcars, and is currently evaluating responses, with a goal of approving a contract later in 2018. The delivery of the first cars will be part of the negotiations and dependent upon the manufacturer’s capacity to build. The last time Metra received new railcars for lines, other than the Metra Electric, was in 2006.

Due to the age of its current fleet averaging at 30 years, Metra has identified modernisation of rolling stock as one of its highest capital priorities, especially as the condition of cars and locomotives is essential to providing quality, reliable and comfortable service.