First commercial Hyperloop system has been agreed upon in the UAE

The Hyperloop concept continues to tunnel closer to reality, with the recent agreement to build a commercial system in the UAE a positive step forward… 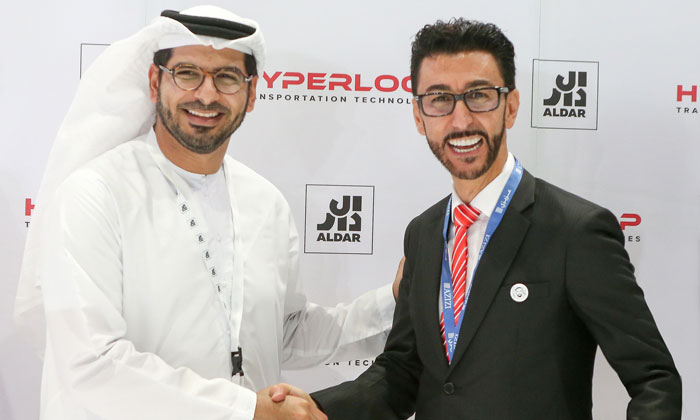 The world’s first commercial Hyperloop system will be built between Abu Dhabi and Dubai following an agreement between Hyperloop Transportation Technologies (HyperloopTT) and Aldar Properties.

The agreement will allow HyperloopTT to start constructing the 10km-long Hyperloop system, as well as HyperloopTT’s XO Square Innovation Center and a Hyperloop Visitor Center.

The construction site is located in Aldar’s Seih Al Sdeirah landbank in Abu Dhabi; conveniently on the border of the Emirates of Abu Dhabi and Dubai, close to the Expo 2020 site and Al Maktoum International Airport.

“This agreement creates the basis for the first commercial Hyperloop system in the world here in the Emirates, with the goal of eventually connecting Abu Dhabi to Al Ain, Dubai and Riyadh, Saudi Arabia,” said Bibop Gresta, Chairman of HyperloopTT. “With regulatory support, we hope the first section will be operational in time for Expo 2020.”

Construction of the line will be planned into several phases, starting with the 10km allocation, with further development focused on creating a commercial Hyperloop network across the Emirates.

“We are delighted to be working with HyperloopTT as they look to bring one of the world’s most revolutionary transportation technologies to Abu Dhabi,” said Talal Al Dhiyebi, Chief Executive Officer, Aldar Properties. “Alghadeer sits at such a strategic point within the UAE – close to major growth areas of both Abu Dhabi and Dubai, that it makes sense to pair it with rapid transport opportunities. We believe that Hyperloop technology can have a major positive impact on the lives of all of those living within our communities and we look forward to this possibility becoming a reality.”

Recently, HyperloopTT began construction of the first full-scale passenger and freight prototype system in Toulouse, France and expects delivery of the first passenger capsule in 2018.

“A forward-thinking nation like the UAE is ideal for building the most revolutionary, most efficient and fastest transportation system in the world,” said Dirk Ahlborn, CEO of HyperloopTT. “With this historic agreement in Abu Dhabi, we take a big step towards the world’s first commercial system.”