Union Pacific has worked closely with Progress Rail since 2015 on an updated, emission-reducing Tier 4 switcher design and now it will be used to update the fleet… 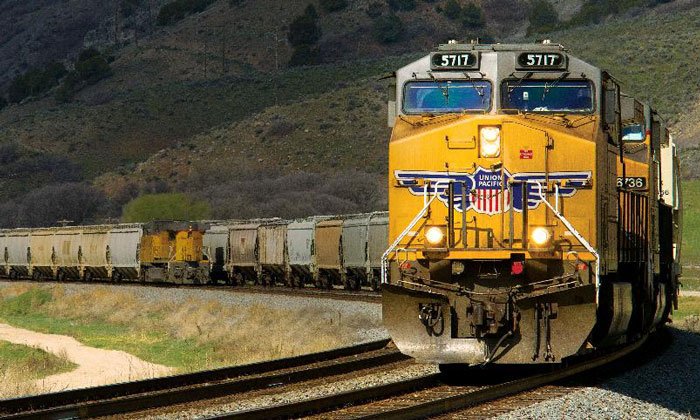 The new switchers will reduce particulate matter and nitrogen oxide emissions during operation by more than 90 per cent in comparison to older locomotives.

The new single-engine locomotives are designed to ultimately replace the Genset concept Union Pacific, pioneered in 2005.

“The new low-power switchers will be an invaluable addition to our fleet,” said Mike Iden, Union Pacific Director of Locomotive Engineering. “The coordination with Progress Rail and our partnerships with the Air Districts are pivotal in ensuring this new technology comes online to provide environmental benefits to our California operations.”

Funding for the initiative was made possible through the Proposition 1B: Goods Movement Emission Reduction Program (GMERP), a partnership between the California Air Resources Board and local Air Districts, aimed at incentivising freight-moving equipment owners to upgrade to cleaner technologies.

The switcher units are currently being repowered at a Progress Rail facility in Patterson, Georgia and will start joining Union Pacific’s yard locomotive fleet in the Bay Area and Sacramento later in 2018.