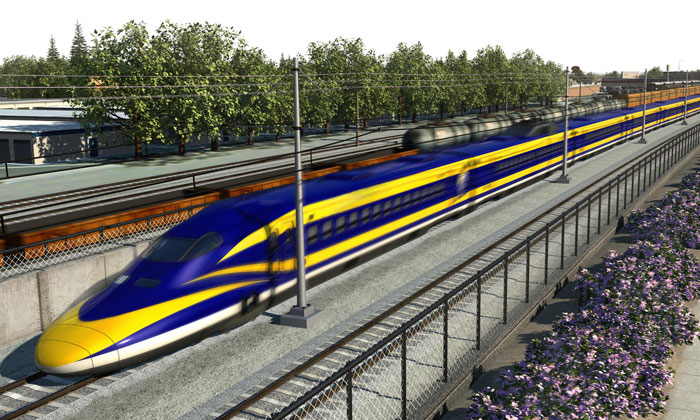 Since January 2015, when the high-speed rail project was launched, 2,000 construction jobs have since been created, announced the California High-Speed Rail Authority (CHSRA).

Strong partnerships have been made with the State Building and Construction Trades Council, the Fresno Regional Workforce Development Board and many other groups to train and hire a skilled workforce to build the nation’s first high-speed rail system.

Out of the 2,000 workers dispatched to the project, 145 reported living in Madera County, with 954 living in Fresno County and 172 in Kern County.

Fresno resident, Foster Ellis, was dispatched as the 2,000th worker for the project as a traffic control technician for Associated Traffic Safety. “I work everywhere from Madera to Fresno,” said Ellis. “I’m really excited to see this project finished; I think it will improve and expand Fresno.”

The CHSRA currently has 119 miles under construction within three construction packages. Design-builders Tutor-Perini/Zachry/Parsons, Dragados-Flatiron/Joint Venture and California Rail Builders have more than 20 active construction sites, with several more expected to open. This work totals more than $3 billion in construction commitments.

“This project milestone represents significant progress on the nation’s first high-speed rail system,” said Chief Operating Officer, Joe Hedges. “The workers we are recognising today are the ones that are going out every day to work on more than 24 active construction sites in the Central Valley. Once we expand out from the Valley to the north and the south, there are going to be hundreds of major structures that will need to be built, creating thousands of jobs and new opportunities.”