Over 980 French train stations to have Amazon Lockers installed

Amazon Lockers provide customers with a simple and convenient pick up point for Amazon orders at no extra charge, 24 hours a day, seven days a week… 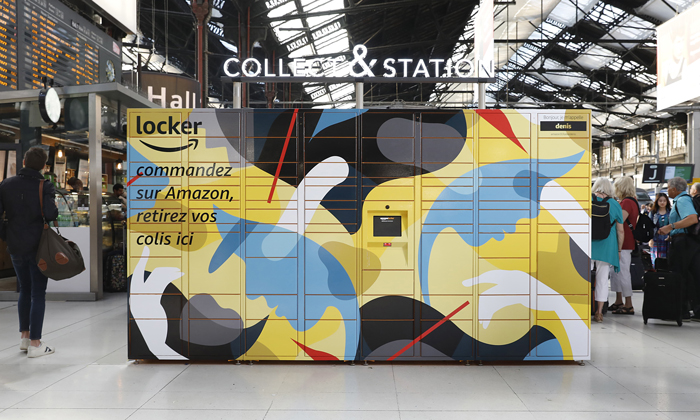 Amazon and SNCF Gares & Connexions have announced that 1,000 Amazon Lockers will be installed in over 980 train stations across France as part of SNCF Gare & Connexion’s ‘Collect & Station’ range.

The installation of lockers is expected to offer passengers and local residents a simple, convenient and secure way to receive their parcels.

Amazon Lockers enable customers to have Amazon orders delivered to a pick-up point of their choice in an easy and secure way, at no extra cost. Most of these lockers are accessible to customers 24 hours a day, seven days a week and customers usually retrieve their package in under 15 seconds.

The decision to install Amazon Lockers at train stations comes as a direct result of customer feedback and over the next five years, Amazon Lockers will be installed at over 980 stations across the French rail network.

Patrick Ropert, General Manager of SNCF Gares & Connexions, said: “Our mission is to serve the 10 million people who spend every day in the 3,000 train stations in France and to turn the stations into real urban villages. Installing Amazon Lockers at stations will make life easier for people. With its unprecedented scale, this project also reflects the strength of the teams at SNCF Gares & Connexions serving all stations in France.”

After shopping on Amazon.fr, customers proceed to checkout and select an Amazon Locker, which they add as a new address to their address book. As soon as their package arrives at the locker, the customer receives an e-mail notification with a unique code, the address and the opening hours of their selected locker and have three days to collect their parcel. At the locker, customers can either enter their code or scan the barcode, which automatically opens the locker slot, allowing the customer to pick up their order.

“Many of Amazon’s customers are busy and always on the move, they want to pick up their packages at a time and place that suits them best,” said Ronan Bolé, Amazon’s Director of Operations in France. “Amazon is obsessed with making the lives of its customers easier so we are thrilled that customers will one day be able to collect their packages from hundreds of train stations across France via Amazon Lockers.”