To combat leaves on the line, specially designed trains will travel 120,000 miles

Network Rail’s fleet will cover a distance of more than four times around the earth to ensure the UK rail network remains safe during autumn. 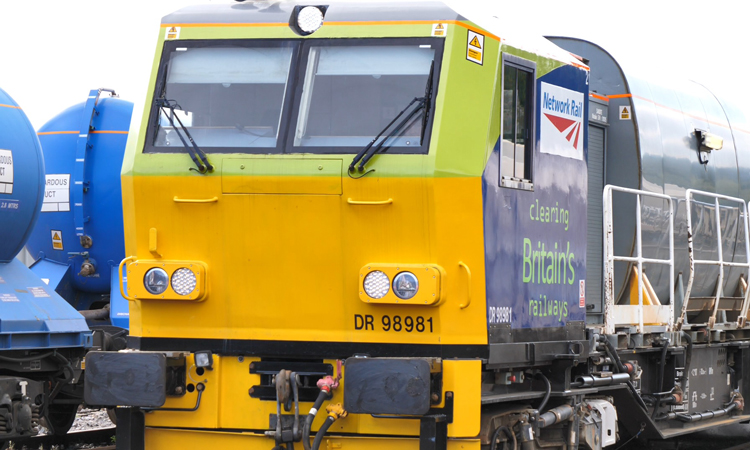 Network Rail will travel the equivalent of more than four times around the world on the south western rail network to combat leaves on the line.

Leaves on the line are comparable to black ice on roads and can cause train delays throughout the autumn months.

The network has more than 1,300 miles of track, much of which is surrounded by trees and vegetation, which must be regularly treated to keep the lines clear. Six specially designed trains with high pressure water jets are expected to cover around 120,000 miles on the route in the coming months.

Leaves cause problems when they stick to damp rails as passing trains compress them into a smooth, slippery layer which reduces wheel grip.

To keep passengers safe, train drivers must brake earlier when approaching stations and signals to avoid overshooting the stop. They must also accelerate more gently to avoid wheel spin. Taking these factors into account, South Western Railway has an amended autumn timetable, which will come into place on 7 October and will run until 8 December.

Becky Lumlock, Route Managing Director for Network Rail, said: “The issue of leaves on the line is a very real problem for the railway industry and will present us with a number of challenges in the coming months. Our teams of engineers will be working around the clock across the region to keep the tracks clear and keep people on the move. We will also be monitoring leaf-fall very closely in order to tackle high risk areas before they become a problem for trains.”

Leaves can also interfere with the signalling system by interrupting the connection between the wheel and the track, reducing its ability to detect a train’s location.

Equipped with a high-pressure pump, the leaf-busting trains clean the railheads by spraying them with a water jet at very high pressure (1500 bar) to blast away leaf mulch, clearing the tracks and helping the signalling system to work correctly. Then a layer of adhesion modifier – a mixture of suspension gel, sand and steel or iron shot – is applied to the rail to aid traction and help trains run as normal.

Throughout the season, a high-definition adhesion forecasting service will be provided by the Met Office to forecast railhead adhesion based on station-to-station sections. This will help shape a number of operational mitigations, including extra treatment and notifications to signallers and train crew.

Zonegreen extends its presence in the Republic of Ireland