A project is underway to upgrade the rail route between Doncaster and Immingham which looks to keep traffic off the roads. 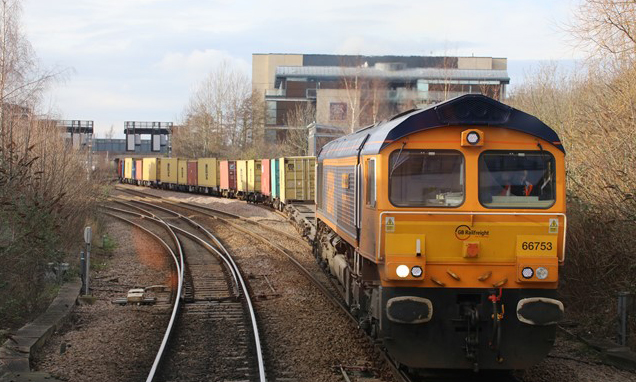 Network Rail has partnered with the Humber LEP and North Lincolnshire Council to invest more than £15 million to support the growth of rail freight in the region.

The project will allow high cube shipping containers to run between Doncaster and Immingham/Killinghome on standard height wagons. While high cube containers can be accommodated on the current Immingham – Doncaster routes, it requires special low wagons of which there is a limited supply. Low floor wagons are also more expensive to run and maintain.

Rob McIntosh, Route Managing Director for Network Rail, explained: “Rail freight is vital to our economy. It contributes £870 million to the economy and plays a big role in reducing congestion and carbon emissions. The northern Lincolnshire ports are an essential part of the freight network and this improved route will allow onward distribution from Doncaster to Scotland, the Midlands and beyond. This in turn will support the growth of local businesses at the ports and in the distribution network as well as preventing the need for goods to be transported on the road network.”

The project involves 29 ‘interventions’. These include platform alterations at stations and trackside changes. Work is also needed on three road bridges – Armthorpe Lane (between Barnby Dunn and Kirk Sandall, Doncaster), East Halton Road and Eastfield Road (North Killingholme, Immingham).  Work will also be carried out underneath the bridge which carries the railway over the A18.

Councillor Rob Waltham, Leader of North Lincolnshire Council, added: “These much-needed enhancements to the rail network throughout North Lincolnshire will open up further business opportunities for the area by reducing the limitations on freight being brought to and from our ports. These works are critical to enhancing the port infrastructure on the south Humber bank.

“This significant investment from the council, Network Rail and government through the Humber LEP, shows commitment to securing the future of our area and will boost the local economy by opening up more opportunities and creating jobs in North Lincolnshire.”

This project has an in-principle allocation (subject to final business case approval) of £7.2 million from the Humber LEP’s Local Growth Fund programme which has been secured through its Growth Deals with government and is part of the government’s commitment to the Northern Powerhouse.