“While the delay is unfortunate, this project is being built to last 120 years. I believe the time added to the construction schedule is a small price to pay,” said Rita Saffioti. 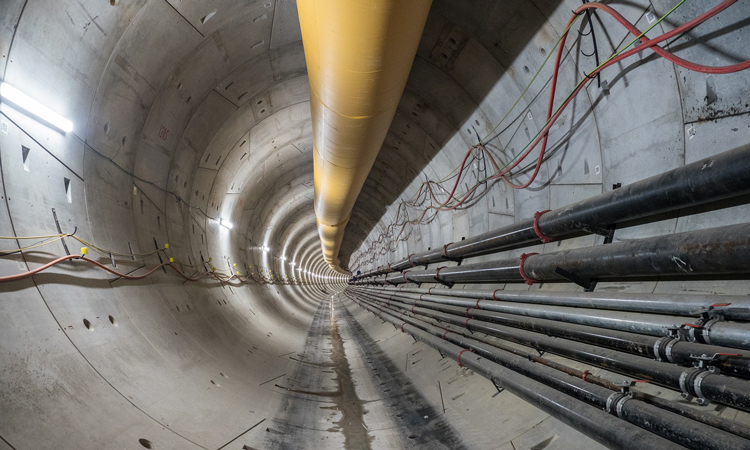 The Forrestfield-Airport Link is still moving forward, with progress made on the rectification measures identified for a damaged tunnel, however the timeline has been revised, with the first trains now not expected on the line until the second half of 2021.

Although the timeline has been pushed back, the project budget remains the same.

When the contract was awarded in 2016 by the previous Liberal National Government, construction was scheduled to be completed in late 2020.

On 22 September 2018, a leak developed in the cross passage 200m north of the Forrestfield Station site. This led to movement in 16 concrete rings and damage to a 26m section of one tunnel, and a sinkhole alongside Dundas Road.

Investigations have indicated a number of potential causes, including construction defects in the grout block or failure of the join between the tunnel lining and grout. Tunnelling through the grout block and/or vibration from excavation of the cross passage may also have contributed to the damage.

The 26m damaged section of Tunnel 1 has now been stabilised and made safe with solid temporary supports. Cement grouting has sealed the leaks and the voids created by ring movement.

Options for a permanent repair include fixing the damage from inside the tunnel or rebuilding the impacted section of tunnel by removing the old rings and casting the new tunnel lining in-situ – either from the surface down or from within the tunnel. Either solution will be required to achieve the tunnel life of 120 years.

Stabilisation of the ground around Dundas Road is also ongoing, with two traffic lanes to be opened later this month while compaction works continue.

Rita Saffioti said: “This Forrestfield-Airport Link is the biggest tunnelling project ever conducted in the Perth metropolitan area. The two tunnel boring machines are now halfway through their journey and only recently finished digging under the runways at Perth Airport. This is a massive milestone, considering tunnelling under an operating airport has only ever been done a few times across the world.

“Our primary focus is on safety and quality, and that is why we have set a revised timeframe for the project. It is also to make sure we inform the public of the proposed timeframe as soon as practicable.

“While the delay is unfortunate, this project is being built to last 120 years. I believe the time added to the construction schedule is a small price to pay to ensure we safely deliver this asset which will serve the people of WA for generations.”

Metra gets a head start on its 2020 construction programme