With this order, Alpha Trains and Transdev continue their successful partnership, adding a further 16 new trains to the Bremen S-Bahn fleet. 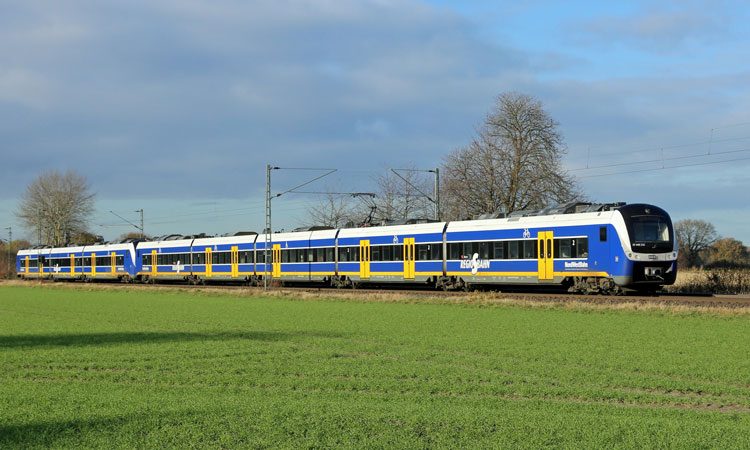 Alpha Trains, continental Europe’s largest leasing company for trains and locomotives, is purchasing an additional 16 Stadler Flirt multiple units for the Regio-S-Bahn Bremen/Niedersachsen. Together with the existing fleet of 35 Alstom Coradia Continental trains, a total of 51 EMUs from Alpha Trains will in future be deployed around the Hanseatic city.

The lessee is NordWestBahn, a subsidiary of the French Transdev Group, which has been operating the 270km-long Bremen S-Bahn network since December 2010. The new public service transportation contract will seamlessly follow on from the current contract when the December 2021 timetable change kicks in.

Thomas Schmidt, Managing Director of the Alpha Trains Passenger Division, said: “Renewed deployment of our existing fleet, combined with financing of these new trains, demonstrates how competitive our product and service offerings are and how satisfied our clients are, too.”

NordWestBahn will continue to operate the Bremen S-Bahn network until 2036. The introduction of the additional 16 new Flirt XL is timed to coincide with the winter timetable change in December 2022 and simultaneous expansion of the route network.

Refurbishment and modernisation of the existing 35 Coradia Continental MUs will take place gradually. In addition to equipping them with Wi-Fi and installing a new passenger information and video surveillance system, the vehicles will be given a new, modern exterior and interior design.