The station along the Rail Baltica line will be the first high-speed rail and air traffic connection hub in the Baltic States. 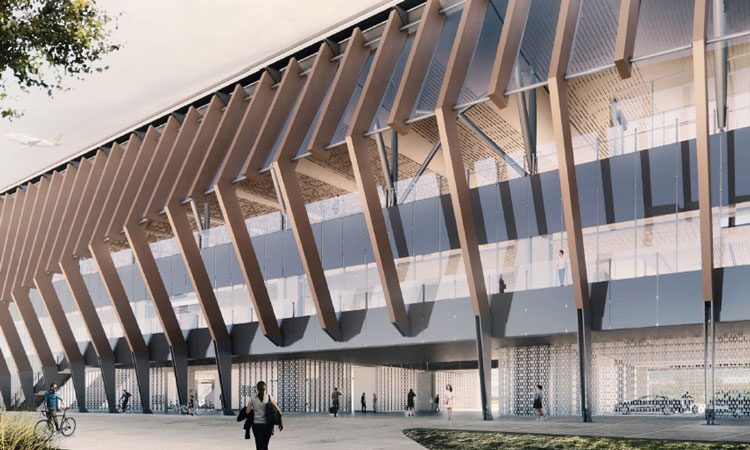 An artist's impression of how the new Rail Baltica station could look.

The tender has been announced for the construction of a station and related infrastructure for the Rail Baltica line at Riga International Airport.

Construction works at the airport are planned to be carried out in the following six phases:

Rail Baltica express trains will run four times a day and shuttle trains will run approximately every 30 minutes between the airport and Riga Central Station. Once complete, travellers will be able to get from the airport to the city centre in just eight minutes.

The international tender is planned to take place in two phases. The first phase will include selection of candidates, which is planned by January 2020. The second phase is planned for the submission of the proposals submitted by the candidates and negotiations to enter into a contract at the end of 2020 and to commence construction works in 2021.

According to the current estimates, the procurement could reach between €250–280 million.

It is planned for Riga International Airport to remain operational throughout the works. In parallel to the station’s construction, an extension of the airport’s passenger terminal and construction of a new air traffic control tower is also planned.

Just as the entire Rail Baltica project, funding is to be received for each stage of works separately and will be requested from the EU CEF funds.