The European Investment Bank (EIB) is to provide €185 million to fund new rolling stock which will help modernise regional rail in Greater Berlin. 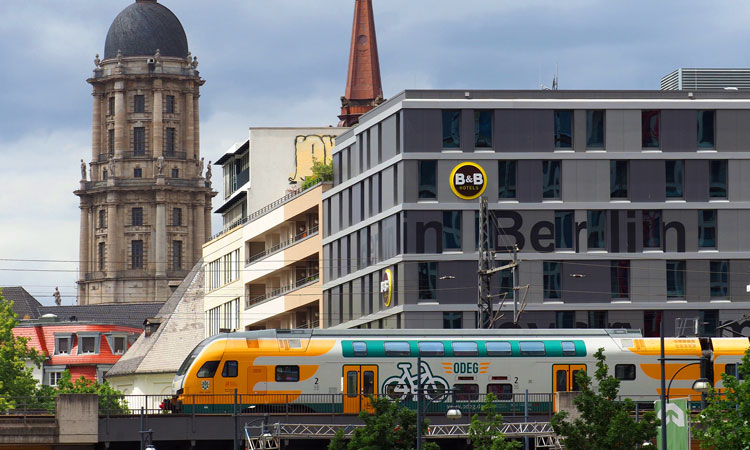 DAL Deutsche Anlagen-Leasing is set to lease new, EIB-financed rolling stock to Ostdeutsche Eisenbahn GmbH (ODEG) which in January 2019 won Lots 1 and 4 of a Europe-wide tender launched by Verkehrsverbund Berlin-Brandenburg (VBB) for the modernisation of the ‘Elbe-Spree’ network.

The implementation of Lot 1 covers the purchase of an initial 21 six-car ‘Desiro HC’ trains, which are expected to enter service on the RE1 regional express line linking Magdeburg with Cottbus via Berlin and Frankfurt (Oder) by the end of 2022. The new trains offer considerable improvement in comfort and have generous space for bicycles, prams and wheelchairs and an accessible toilet in each multi-purpose carriage. They also have wider doors to enable faster boarding and free Wi-Fi for passengers.

Andreas Geue, Chairman of the Board of DAL Deutsche Anlagen-Leasing, said: “The implementation of Lots 1 and 4 is a milestone for regional rail in the Berlin-Brandenburg metropolitan area. It offers not only an outstanding transport concept, but also an innovative financing structure. We’re happy to literally get this project on track as leasing provider.”

The EU bank loan is guaranteed by the European Fund for Strategic Investments (EFSI), the central pillar of the Investment Plan for Europe. The EIB and the European Commission (EC) will work together as strategic partners on this initiative, with the EU bank using its financing to help make the European economy more competitive.

EIB Vice-President Ambroise Fayolle, who is responsible for EFSI and operations in Germany, said: “This financing for new trains will give a major boost to the modernisation and development of regional rail in Greater Berlin. At the EU bank, we are convinced that a well-functioning rail network with good connections and offering enhanced comfort for passengers can make a vital contribution to reducing the number of cars on the roads and in this way lower pollution and mitigate climate change.”