The reputation of rail safety specialist, Zonegreen, is on the up down under, after its technology was chosen to protect workers at a second high-tech train maintenance facility. 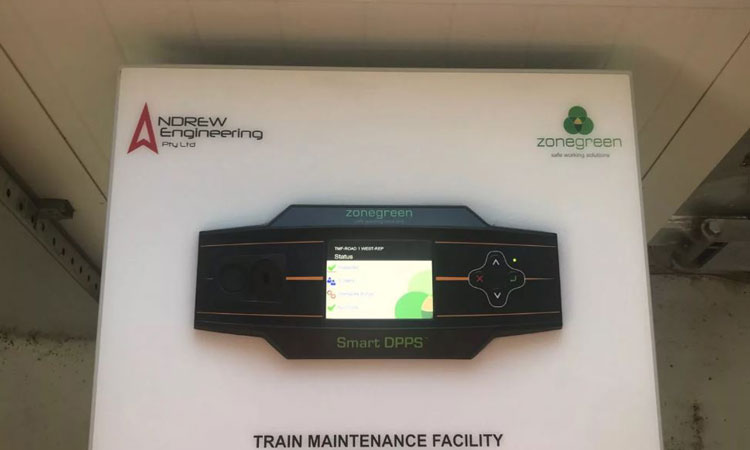 Zonegreen’s flagship Depot Personnel Protection System (DPPS™) has been installed at Bombardier Wulkuraka in Queensland for three years and Evolution Rail – the consortium compromised of Downer, CRRC and Plenary – were keen to equip its latest facility, Pakenham East, with the same levels of staff safety.

With the help of Australian partners, Andrew Engineering, DPPS™ has been successfully installed on 16 road ends at the new maintenance and stabling facility, which can accommodate 30 of the 65 seven-car electric trains being introduced being built for the metropolitan network in Melbourne.

Having completed commissioning in August of this year, Zonegreen’s DPPS™ will provides physical protection for staff working in the depot through the use of powered derailers. It is controlled by intuitive road end panels, operated by electronic datakeys that allow staff to create safe zones in which to work. The system also incorporates visual and audible warnings, indicating when vehicle movements have been authorised.

Further protection is provided through a signalling interface that prevents the ability for routes to be set into the shed whilst working personnel are logged onto work on specific roads.

Christian Fletcher, Zonegreen’s Technical Director, said: “We are really pleased to be working with Evolution Rail and Downer on their new build depot in Australia and hope it will be a springboard into future projects in the country. The advanced technology provides safety to staff and equipment by almost completely eradicating any margin for human error.”

The High Capacity Metro Trains project is delivering 65 bigger, better trains for a growing Melbourne. The new trains will initially run on Melbourne’s busiest rail corridor, to the city’s south-east and eventually run to Melbourne’s north through the new Metro Tunnel currently being built.