New management structure has been put in place at SNCF 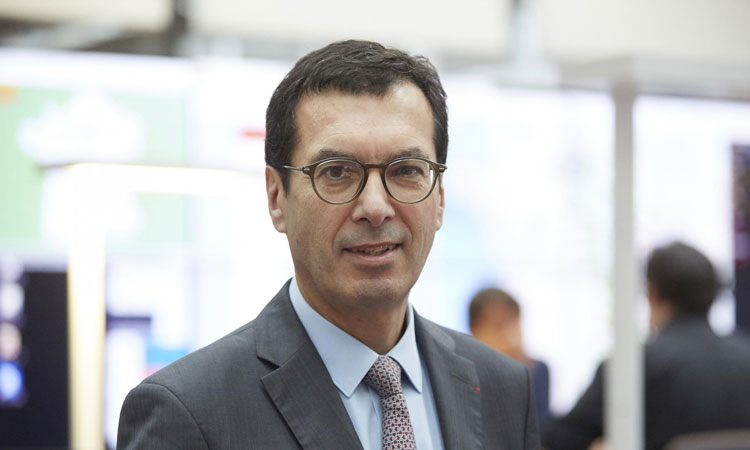 SNCF, France’s national state-owned railway company, has presented its new management team, which is marked by the diversity of their experiences. The new Chairman and Chief Executive Officer hopes that the new team will respond to climatic, territorial, social and economic emergencies and serve both the railway workers and all French people.

Luc joined the national company of Belgian railways (SNCB) in 1991 as treasurer. In 1995, he left to join the Belgian government to help reform the transport sector. After seven years, he became CFO and member of the SNCB Management Committee. Following the demerger of SNCB in 2004, he became Managing Director and Chairman of the Management Committee of Infrabel. Former Director of Réseau Ferré de France (RFF), Luc is also Chairman of the Board of Directors of the Vinçotte Group, Chairman of EIM (European rail Infrastructure Managers) and Independent Director of RATP Dev.

Prior to joining SNCF, Pierre participated in the development of the transport infrastructure master plan during the late 1980s. He then contributed to the design of the master plan for high-speed lines in France and in Europe, and then successfully managed the TGV Méditerranée project. In 2006, Pierre took over the management of the SNCF Infrastructure branch, which is now part of SNCF Réseau. In 2014, he became Deputy Director General System and Rail Technologies of SNCF.

Sylvie joined the SNCF Group in 1988, first as project manager for SNCF general management, then as Deputy Director of Regional Action. After leaving in 1993, Sylvie later rejoined SNCF and was appointed Director of Fret SNCF in February 2010. She was also responsible for the Companies and Railway Providers division of the SNCF Logistics branch. In 2014, she became Managing Director of the Rail Freight and Multimodal Transport division.

Marlène began her career as a Professor of Economics, before joining Crédit Agricole, then the La Poste group and then La Banque Postale, where she successively held several positions with operational responsibilities (operations management, regional management etc.). Since 2017, Marlène has been Omnichannel Director and member of the Retail Banking Comex of HSBC France.

Patrick Jeantet – Chairman of the Keolis Management Board

From 2005 to 2013, Patrick held various positions within Keolis, first as Deputy General Manager International and then as Executive Director France. In 2014, he became Deputy Chief Executive Officer of the Aéroports de Paris Group. In May 2016, Patrick was appointed Chairman and CEO of SNCF Réseau, as well as Deputy Chairman of the SNCF Management Board. Patrick was appointed Chairman of the Keolis Group Management Board on 5 November 2019.

Alain became Director of Gare du Nord from 2005 to 2007, then Chief of Staff to the President of SNCF in 2007. From 2008 to 2012, he was Director of lines D and R of the RER and Director of the Paris South-East region. From 2012 to 2014, Alain served as Director General Safety and Quality of Railway Service. Alain has been Director of Transilien since 2014.

Frank began his career in 1987 with Montenay, an energy services specialist who later became the Dalkia group, a subsidiary of Veolia and EDF. Manager of subsidiaries, and then Technical and Operations Director, he became General Manager of France in 2008, then Chairman and CEO of the group from 2011 to 2014. Frank then joined the international management of EDF as Director of Europe after the split of Dalkia between Veolia and EDF. He joined SNCF in January 2016, as TER General Manager within SNCF Mobilités.

Marie-Christine Lombard – President of the GEODIS Management Board

Marie-Christine has held general management positions in the field of transport and logistics for over 22 years. After 11 years in the banking sector at Chemical Bank and Paribas in the United States and in France, she joined the express transport sector by joining Jet Services in 1993 as Chief Financial Officer. Appointed Managing Director in 1997, she subsequently became President of TNT Express France when Jet Services was bought by TNT. In 2004, she was appointed Chairman and CEO of the entire Express division, then Chairman of the Management Board in 2011 when TNT Express became an independent listed company. In October 2012, she joined the GEODIS Group as Chief Executive Officer, then Chairman of the Management Board a year later. She is also a director of the VINCI Group.

Pierre joined SNCF in 1989 to create and implement human factors and has held operational management positions in all sectors of the company, before taking charge of the Paris Sud Est region in 1998, where he contributed to the successful start-up of the TGV Méditerranée. In October 2001, he was appointed director of the wagon branch of the Ermewa group, before taking charge of the TGV Rhin Rhône project in September 2004 and of the ERTMS programme for the SNCF group, for which he headed the SNCF team for the ERTMS transit of Thalys trains, and of Perpignan Figueras. In December 2010, he was called to be part of the management team of the Regulation and Innovation Strategy, before joining Transilien in 2014 as Deputy General Manager in charge of innovation, strategy, Forecasting for Greater Paris.

Xavier began his career at the Ministry of Defense and the Ministry of Industry, where he became Head of the Nuclear Affairs Department. He joined SNCF in 1998 and held various positions with regional departments before being appointed Director of Industrial Production in the SNCF Infra branch. In addition, Xavier is also President of the Masteris subsidiary. Xavier has been Industrial Director of SNCF Mobilités since October 2017, in addition to his position as General Manager of SNCF Equipment, which he has held since the end of 2014.

Stéphanie began her career in communication and public relations consulting in the agri-food sector. From 2000 to 2002, she was a member of the cabinet, in charge of press relations, of the Minister of Agriculture. She then joined the Danone Group, where she successively held the positions of Director of Press Relations and Group Crisis Communication (in 2002), Deputy Director of Group Communication (in 2005), Director of Danone Institutional Affairs Fresh Products France (in 2008) and Director General of Corporate Communication (external and internal) of the Group (in 2011). In 2016, she joined the Carlsberg group as General Secretary and member of the Executive Committee of Kronenbourg SAS. From May 2017 to September 2019, she was a member of the cabinet and Communications and Media Advisor, to the Minister of Labour.

Céline began her professional career by creating her own business. She was subsequently a member of the cabinet at the Ministry of Labour from 1993 to 1995. In 1995, she joined the SNCF as an Assistant to the Director of Main Lines, in charge of socio-economic affairs. After having been Director of the Cabinet of Guillaume Pepy from 1999 to 2002, she was Director of External and European Relations in the general management of Voyageurs France Europe from 2002 to 2004 and held the position of Director of Crisis Strategies from 2004 to 2007. From 2008 to 2012, she was Secretary General of the SNCF Proximités branch, then became Regional Director of Transilien Paris Nord.

Muriel Signouret – Director of the Cabinet

Muriel was a journalist for 10 years before becoming Head of the Budget Programming Office in the Department of Budget Synthesis and Management of the Ministry of Defence from 2013 to 2016. In January 2016, she was appointed Secretary General and was in charge of the digital transformation of Public Sénat.

Laurent began his career in 1988 with the consulting and audit firm Arthur Andersen and then extended it at Elf Aquitaine in 1993. He joined the SNCF group in 1996, as Financial Director and then General Manager of the Fret Naviland Cargo subsidiary, before joining the SNCF Proximités branch as Deputy General Manager in charge of Strategy, Finance and Legal Affairs. In July 2012, he became Director of Strategy for the SNCF group and Managing Director of SNCF Participations. He expanded his functions from October 2014, becoming Director of Finance and Development of SNCF Mobilités. From 2012 to 2016, he was in charge of the Group’s mergers and acquisitions operations. He was Deputy Chief Executive Officer of EPIC SNCF from May 2016 to 1 January 2020.

Alexandre began his career in 2001 in higher education and research. He then obtained a diploma from the Institut d’études politiques in Paris. In 2004, he joined Boston Consulting Group as a consultant. In 2008, he joined the strategy management of the Fnac group. In 2010, he became director of the “music and audio” entity. In 2012, Alexandre was appointed as Commercial Director of France Billet and, a year later, President of this subsidiary of the Fnac group. Alexandre was appointed Managing Director of e-travelers in February 2018.