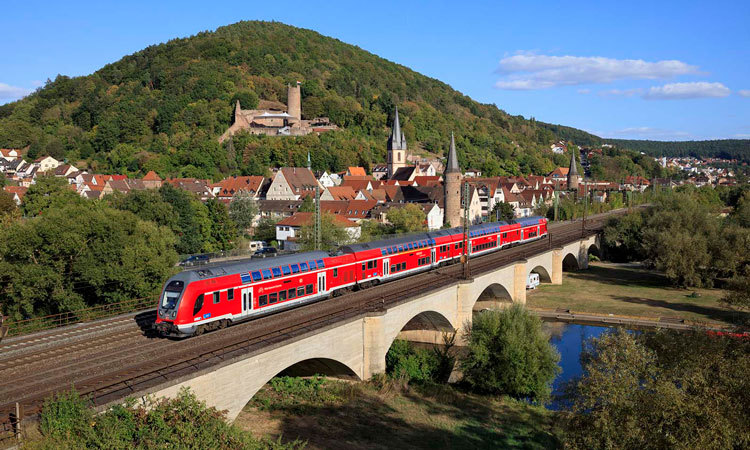 Across five regions, two Regio networks and four commuter railway services, market leader DB Regio adopted the integrated planning and dispatch system (iPD) from IVU Traffic Technologies in time for the new 2020 timetable, representing an important milestone for DB Regio in the introduction of the IVU.rail standard system throughout Germany.

iPD enables individual regional and commuter railway service networks to plan and dispatch staff and vehicles in a single system. They benefit in particular from the continuous process chain: All data are always available to every area of work involved. The system automatically maps, for instance, all changes to schedules and scheduling cycles in the duty allocation system. Consistency checks that alert dispatch managers in the event of conflicts provide assurance. IVU.rail also checks whether all legal, collective and technical rule systems are being observed.

“iPD is an important milestone on the path to becoming more modern and robust”, said Oliver Terhaag, DB Regio’s Production Executive. Christoph Fibranz, the project manager responsible at DB Regio, added: “The introduction of this kind of system in so many control centres at once represents a mammoth task. We are delighted to have taken this important step, and, together with IVU, we will now work on exploiting the full potential of this application.”

DB Regio already plans and dispatches more than 700,000 train kilometres per day in IVU.rail. The transport networks that began working with iPD at various expansion stages in December 2019 include the regions of Bayern, Baden-Württemberg, Nordrhein-Westfalen, Nordost and Mitte as well as the Frankfurt, Hamburg, Munich and Stuttgart commuter railway services.

Martin Müller-Elschner, CEO of IVU, said: “The scope and complexity of this Germany-wide IT project are unique. In addition to the right software, it primarily comes down to the joint team formed by DB Regio and IVU, which has supported the comprehensive introduction and implementation of the system over the last few months, so a big thank you for all your hard work!”