Sorin Baltac, General Manager at the Passenger Rail Agency of South Africa (PRASA), provides details of South Africa’s complex signalling modernisation programme, currently considered one of the most modern and ambitious signalling programmes in the world. 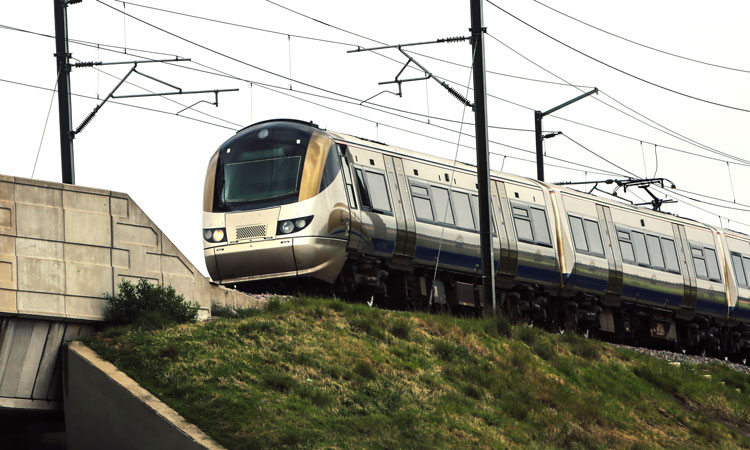 South African railways’ modernisation is a key component of the socio‑economic development plan and has been undertaken by the South African government since 2009. The Passenger Rail Agency of South Africa (PRASA) has decided on investing to correct years of under-investment in passenger rail in South Africa, with safety being one of the major concerns.

The signalling journey started with the Rail Safety Regulator authorising the introduction of the new rolling stock, with the following conditions:

More than 90 per cent of the major signalling accidents on South Africa’s railways have happened due to the weakest link in the signalling system: the driver.
This mega re-signalling process involved planning, acquiring and installing some of the most advanced technical solutions in the world and partnerships with top multinational companies – such as Siemens, Thales, DB Consulting, Transurb and Bombardier – as well as skilled local suppliers, such as Mazyia and ERB. These have been translated into ample rail projects coordinated by over 30 rail specialists into the three main regions – Gauteng, Western Cape and Kwa-Zulu Natal.

Multiple complex challenges had to be overcome in order to start and run these mega projects, including:

The projects developed during these 10 years are:

To date, 65 of the 92 stations in Gauteng have already been commissioned with the new Siemens electronic interlocking system, Sicas S7.
The whole project is underpinned by stringent design, checking, planning, construction, installation, testing, commissioning and safety processes in line with world standards. Siemens delivers a local content greater than 70 per cent on the project, with the engineering, manufacturing and testing taking place at the Siemens South Africa facility in Johannesburg.

The signalling programme that PRASA is currently deploying is one of the most modern and ambitious programmes in the world.

Under PRASA’s supervision, in 2019, Siemens commissioned three of the largest railway stations in Africa – Johannesburg Park Station, Braamfontein and the Eastern portion of Pretoria Station, Bosman Station and Barracks in Pretoria – with the electronic interlocking system.

This new signalling system will increase traffic agility and capacity and will minimise train delays and cancellation. The completion of the rail signalling project will see the Gauteng railway network aligned with modern rail networks across the world.

It was noted that some critical rail corridors have no redundancy, relying only on one communication cable. Hence, the project for ring topology underground was initiated to cover only those corridors. This project was completed in 2017 and was covering only some portions of the PRASA network to complete the rings, such as corridors in KwaZulu-Natal, Gauteng Province and Western Cape. It was meant to serve as a redundant to the overhead cable in those areas. Due to vandalism in most corridors, the cable was damaged and never got repaired. Most areas needed to be repaired or refurbished. The project covers the entire commuter railway network.

The new digital technology requires more capacity and speed from the communication backbone. PRASA divisions were, and are, in need of more fibre capacity for gaining full benefit of the new technologies (signalling and GSM-R) and decreasing failures caused by communication. The Rail Safety Regulation also requires PRASA to provide redundancy to the system for safe operation and to limit manual authorisation in case of theft and vandalism. However, with the current fibre capacity it is not possible to have redundancy in all areas and this is not according to operational standards. The second phase will cover the Gauteng region, Cape Town and KwaZulu-Natal for completing the redundancy with the suitable O rings and cut ins in place.

Under the deal, Bombardier’s Interflo 200 rail control solution, their EBI Lock 950 computer-based interlocking and EBI Screen 900 local central traffic control (CTC) systems have been installed at six out of 32 stations.

The project also included the replacement of all line-side equipment, as well as the installation of fibre-optic cabling and voice radio communications equipment. Civil works include modifications to existing platforms, track and overhead equipment, as well as the construction of new footbridges.
This re-signalling project should have been completed by 2018. However, it unfortunately followed the same pattern as one of the London Underground signalling projects. The new contract will be in place by 2021 and, once completed, is expected to allow the network to carry around 700,000 passengers per day, with minimum headways reduced to 2.5 minutes.

Western Cape re-signalling and the modernisation of railway infrastructure

The Thales Mazyia Consortium was appointed for this project in 2013 and the works include:

The Thales Mazyia Consortium have finalised 75 per cent of the project, including the Rail Management Traffic Control Centre located at Bellville, 31 interlockings and the rehabilitation of approximately 100km of the track and power component.

A digital wireless communications system is being deployed to replace the analogue system in order to improve PRASA’s operations and run its rail passenger transport systems more efficiently.

The GSM-R system is a digital train-to-ground communication system based on international wireless GSM standards and European Integrated Radio Enhanced Network specifications for railway communications and applications. Huawei developed and implemented the system in a consortium with Altech. Several GSM-R sites along PRASA’s network have now been completed – 75 in Gauteng, 42 in the Western Cape and 36 in KwaZulu-Natal. Additional sites, stations and depots will be added, as well as critical sites along the lines.

The contract with the consortium also resulted in providing maintenance support for two years, while PRASA builds its own capacity to support the R600-million, over a five year investment. The consortium’s end-to-end GSM-R solution is offering mission-critical rail operational voice and data functions, which enable train drivers, controllers, signalling engineers, security and crew members to perform routine operations more efficiently and reliably.

The system also provides communication services for automatic train protection systems (as a component of ERTMS) and introduces the enabling of semi-automatic train driving capacity in the network – thereby further improving the reliability and safety of the rail operation, along with opportunities to increase track capacity. The solution comprises of an Internet Protocol soft-switch core network that improves data transmission efficiency, simplifies network management tasks, reduces operating costs and supports the smooth evolution from the legacy systems to the future railway mobile communication systems currently being specified by the International Union of Railways (UIC).

PICS is the application of ETCS Level 2 on the PRASA lines and consists of the following components:

The signalling programme that PRASA is currently deploying is one of the most modern and ambitious programmes in the world. Despite challenges inherent to mega projects, stakeholders in the industry are determined to complete it and contribute to a commuter railway system that is able to run at the parameters attached to the busiest metropoles’ transportation systems.

Sorin Baltac is a Signalling Engineer with 30 years’ experience in the infrastructure field. He is currently overseeing the implementation of the signalling programme for the Passenger Rail Agency of South Africa (PRASA). Before PRASA, Sorin worked in the UK with First Engineering (Babcock) as a Signalling Manager, and with White Young and Green (WYG) and Hyder Consulting (Arcadis) as Associate Director. Sorin has been part of several major projects, including TPWS implementation in Scotland, Euston re-modelling, Manchester South Capacity Improvement (UK), New Canada re-signalling, Metrorail Communication System (SA) and Infrastructure Rehabilitation Programmes (Romania). 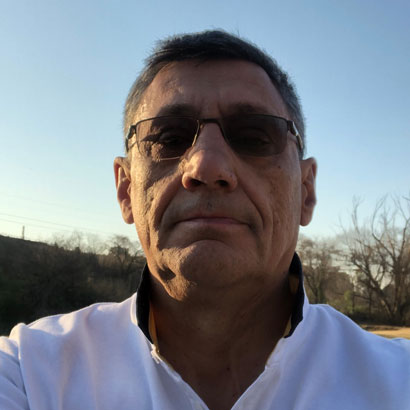