Ten years to make the leap? How to realise the potential of digital rail

Arup, the design and engineering consultancy, likes to approach digital innovation with a holistic perspective, adapting what it has learned in one context and reusing it in another. Global Railway Review spoke with their Global Rail Leader, TC Chew, and Global Digital Services Leader, Will Cavendish, to understand how they think digital rail might develop in the next 10 years. 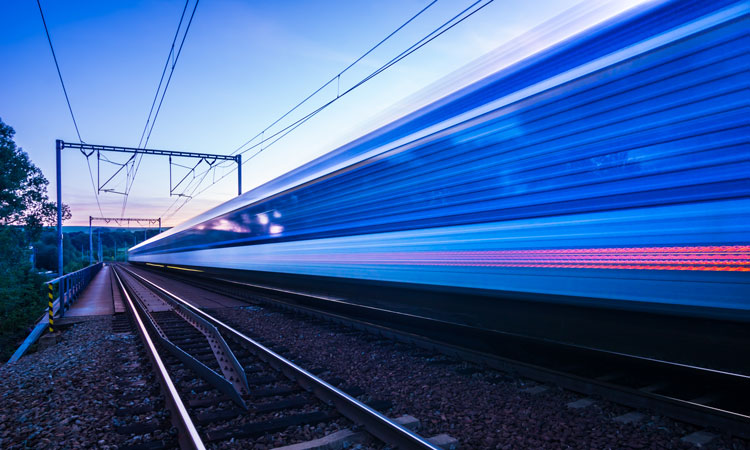 In the never-ending discussion of our economies’ digital transformation, it’s easy to focus on the speed or capacity metrics on offer or be dazzled by the incredible experiences that new technologies promise. The benefits of ever-improving processing speed, faster networking and falling costs are converging and leading to long lists of hoped-for improvements on our railways. But, for complex industries like rail, the harder first task is working out how to define and prioritise the investments in digital that will address longstanding operational issues. Where do you spend in order to offer the rising quality of service that customers and regulators demand?

There are clearly many areas in which the rail industry – from regulators to rolling stock makers and service operators – could begin to prioritise digital investment. For Will, the aviation sector is a lot further along its digital transformation journey and its experience is instructive: “The way you book a ticket, the way you access the airline, how you check in, the services that are around that, the approach to safety, the organisation, the planning, staffing rotas – all of those have improved massively through the use of digital data and technology, and I think the same is going to be true of railways.”

…for complex industries like rail, the harder first task is working out how to define and prioritise the investments in digital that will address longstanding operational issues.

This is a vision where the operation of the network, its safety, its way of working, its customer offer, how it uses data and how it carries out maintenance could and should be improved massively by the opportunity that digital provides. For TC, the form it takes will vary depending on the state of the existing local network: “I’ve observed 40-odd years of railway transition, from a very old, mechanised state-of-affairs to now a mixed, electronic system. Realistically, we are still being challenged by the legacy of that mechanised frame of thinking. If we look at the Asia Pacific region, where they’re developing many new railways, we are likely to see digital being adopted far more extensively and more quickly than on the older systems we have in the UK, the U.S. and Europe. Another big influential factor is the push for net-zero operations in rail, where digital technology will be vital if we are to achieve this challenging goal.”

As a complex system of assets and operations, one that is still partly anchored in the mechanical and electronic ages, the ideal of bringing everything under real-time digital control is clearly a network manager’s dream. Is it a realistic ambition? “I would say yes, and that the benefits could be very significant,” observes Will. “There will need to be big upfront investments in data and systems, but, on any given network, you could significantly increase the safe capacity and running of that network through the digitisation of the control and safety systems. That means increased train services, and an increase in the network’s capacity, which is, obviously, momentous given the demand and infrastructure constraints that exist.”

…the ideal of bringing everything under real-time digital control is clearly a network manager’s dream. Is it a realistic ambition?

For TC, having real-time insights into assets – from rolling stock to track and supporting infrastructure – would transform decision making: “It would optimise the way that you look after your asset and lead to quite a profound change in the way rail networks operate. When things do break down, if you can understand the severity of the failure level in fine detail, you can actually manage the recovery process much faster and lower the impact on operations. It would allow for a more graceful and contained response.”

TC foresees a bigger prize, too: “Think about that goal – net-zero rail by 2050. We should expect our trains to become real-time processors of their own operational and performance data. They could compute the most cost-effective way of driving the train from A to B, with insights on acceleration, given the topography and geometry, using regenerative breaking and so on. Data can improve the system, anywhere within the network, all the time. That’s an exciting leap away from the mechanical age, I’d say.”

These seem like logical, who-could-argue priorities. So, what is holding the industry back? For Will, one of the biggest barriers is achieving data standards and interoperability in networks that are often a patchwork of competing, proprietary and incompatible standards, owned and protected by supplier-competitors.

“Let’s say you commit, in 5-10 years, to systematically digitise all the major components of your rail systems, operations and services. You now face the importance of data standards. First, the benefits of digital and data are only realised through common standards, for data, for technology interchange, ‘plug-and-play’ approaches you might say. This is so that you can build systems that learn from every element of the network. If not, then you will end up with a new digital Tower of Babel – that is, systems that don’t talk to each other. To achieve this, the regulatory authorities must define and enforce those standards, making adherence to them a condition of any future investment. This will be a major shift in industry mindset. But I think of it like rail gauges: You can no more have different gauges within a physical rail network than you can have different formats and standards within a digital network. It simply won’t work.”

…often in the digital economy, it just takes one revolutionary product or service to take off for an entire industry to rethink the model.

Is that level of collaboration and shared standards realistic, though? In TC’s view, it’s a debate that must start now: “The industry isn’t there yet, clearly. I often wonder how we can foster this new level of collaboration between the manufacturers, designers, developers and operators. But I would have to say that, with an estimated £2 trillion in global investment over the coming decades, the incentives to work together and provide innovative services must surely become clearer.”

Assets at the tipping point

The decision to lead systemic change in an industry is a big one. Yet, often in the digital economy, it just takes one revolutionary product or service to take off for an entire industry to rethink the model. It has happened to banking, hotels, aviation, so why not also rail? For TC, the likely jumping-in point is digital asset management: “It could be that an operator invests in a really effective digital twin strategy, producing great improvements in service and a greater understanding of how things are running, and it becomes a de facto standard for others to follow.”

For Will, it’s the familiar day-to-day rail to-do list that could galvanise the investment: “There are so many familiar operational issues and threats – like landslides and protection of earthworks, or predictive track maintenance – that can now be managed through remote sensors. Some systems are using cameras on trains to monitor things locally, but too often there’s no centralised system that brings all of this intelligence together. That integration, though complex, holds so much promise for a better run network.”

To find out more about Arup’s work in rail, please visit their website.

With over 40 years’ experience in delivering major railway infrastructure programmes around the world, TC Chew has worked on major projects, such as the London Jubilee line extension project and the first fully automated underground heavy metro system in Asia. TC’s expansive experience includes working internationally in multi-modal and rail transit systems across high-speed rail, metros and light-rail. TC is a fellow of the Royal Academy of Engineering, the Hong Kong Academy of Engineering Sciences and other professional institutions. His full bio can be found on the Arup website.

Will Cavendish works with clients in all sectors, supporting them to take advantage of the major transformation that digital and other advanced technologies enable. Will was previously Applied Strategy Lead at DeepMind, where he was responsible for advising on the world-leading breakthroughs in artificial intelligence (AI), and applying them for public good in areas such as health and energy. Prior to this, he was a Senior Civil Servant, including roles as Director General for Innovation, Growth and Technology at the Department of Health, and Head of the Prime Minister’s Implementation Unit – working directly for the former Prime Minister. His full bio can be found on the Arup website.