Back to the future: Ireland’s rail network is on the cusp of a new dawn

Eamon Ryan, Ireland’s Minister of Transport, anticipates the future plans for rail within Ireland in the coming years, with a focus on the island as a whole in delivering a more connected, sustainable and reliable public transport offering.

In 1834, Ireland’s first rail service began in Dublin, linking the city centre with Dún Laoghaire, a suburb to the south east. It is fair to say that the intervening 187 years have brought fluctuating circumstances for rail in Ireland; with rapid expansion, followed by later retrenchment of services and networks and, in more recent years, rapid growth in passenger numbers.

The European Union (EU) has designated 2021 as the European Year of Rail, and it is fitting that this year we will launch a strategic review of the rail network across the island of Ireland, examining its potential to provide improved sustainable mobility options for both passengers and freight. This review will be carried out in co-operation with our colleagues in the Northern Ireland Executive and will represent the first ever all-island examination of the role of rail in enhancing inter‑urban and inter-regional connectivity. The review will also set out a pathway to the decarbonisation of our mainline rail network and ensure that our inter-urban rail services become greener and cleaner in the years ahead.

However, this year will also see significant progress in relation to commuter rail. In the Greater Dublin Area, a massive, multi‑billion euro investment programme, known as DART+, will be brought forward for the government’s approval. This investment programme will be the largest ever in the history of the Irish rail network and will see the electrified DART service and infrastructure extended across the Greater Dublin Area, with the result that over 70 per cent of all passenger journeys on the entire network will be electrified once the programme is completed.

That programme will be supported by the new National Train Control Centre, currently under construction, which will overhaul our train management system and provide a modernised and expanded system to cater for the huge increases in services planned across the network.

Prior to the completion of the DART+ programme, the Greater Dublin Area commuter network will also benefit with the introduction next year of 41 new carriages to the existing commuter fleet, which are currently under construction.

However, I want to see improvements across the country and, as part of our new National Development Plan, to be published later in 2021, I am planning to bring forward commuter rail proposals in Cork, Galway and Limerick. In Waterford, the government has already committed to funding the relocation of the rail station to act as an enabler of transport-led development, and I am firmly of the belief that properly planned rail development in all our major cities, in line with their metropolitan area transport strategies, can enable transport-led development across the country that results in a more sustainable Ireland for everyone.

I am glad to say that we’re also investing heavily in the maintenance and renewal of the existing network, with over €1 billion to be invested by the infrastructure manager between 2020 and 2024 in renewing the network across the country, improving service reliability and maintaining our excellent safety record.

We have committed to reducing our transport emissions by 51 per cent by 2030, and this will be achieved by improving connectivity across public transport services, greening our infrastructure and providing more sustainable transport choices for the public. We can help people to get out of their cars by linking rail and bus routes and providing high quality active travel infrastructure, which will make a difference to communities nationwide.

As you can tell, 2021 promises to be a great year for rail in Ireland, and I look forward to working with the rail industry in the years ahead in delivering upon this ambition.

Eamon Ryan TD is the Minister for Transport and the Minister for the Environment, Climate and Communications in the Irish Government. He was appointed to these roles in June 2020. He is currently leader of the Green Party/Comhaontas Glas. He studied commerce in UCD before taking a job managing a marketing course in the university’s School of Business. He went on to found a cycling tourism company in the late 1980s and, in 1996, won the Ernst & Young Entrepreneur of the Year award. He was the founding Chairperson of the Dublin Cycling Campaign and began his political career as a Dublin City Councillor for the Rathgar-Rathmines ward. He then went on to serve both as a TD for Dublin South and as a Government Minister for Communications, Energy and Natural Resources. In recent years, he has worked for a European climate organisation and chaired the digital policy group in the Institute of International and European  Affairs. 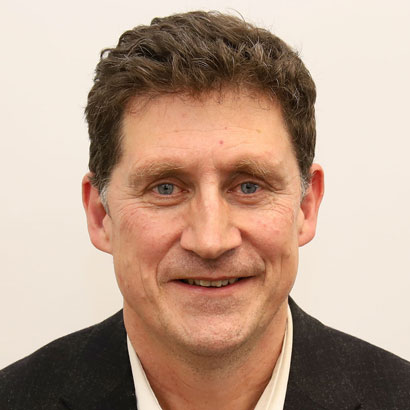