The rail industry is suffering from a mental health crisis: What can, and should, we do about it?

Mental health and wellbeing are finally getting recognised – but with the COVID-19 pandemic exacerbating the problems, the rail industry still needs to do more. At Atkins, April Welsh and Tom Buick learnt about the mental health crisis after setting up a Mindfulness At Work group and discovered how the industry can do better. 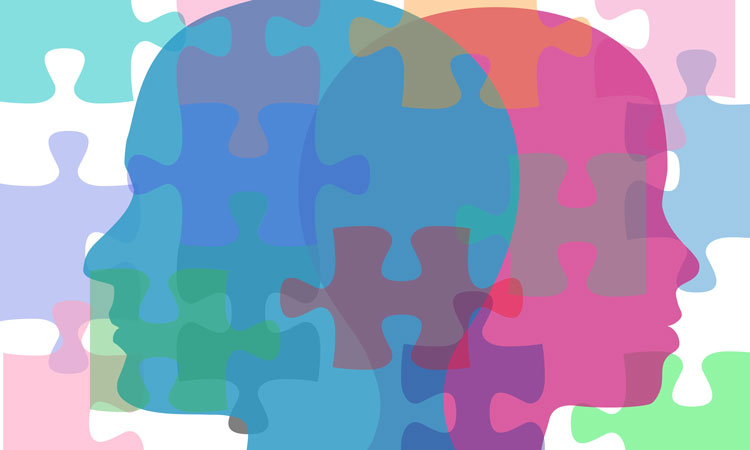 After decades of neglect, ignorance, stigma and shame, mental health is finally receiving the attention that it deserves, with the movement to rehabilitate mental health issues like anxiety, depression and burnout over the last few years. Across the UK, a growing awareness of these health problems is leading to more conversations, discussion and openness.
According to the Health and Safety Executive’s Labour Force Survey, in 2019/2020, around 17.9 million working days were lost due to work‑related stress, depression or anxiety. In the same year, depression or anxiety accounted for 51 per cent of all work-related ill health cases and 55 per cent of all working days lost due to work-related ill health. The Mental Health Foundation – who total these lost workdays at a huge 70 million per annum – claim that this costs UK employers2 almost £2.5 billion a year. Facing these issues and working to address them is long overdue.

These issues are complex, but the vital first step is acknowledging a problem and providing an open forum through which to discuss it. “An essential building block for workplace mental health”, argues the Mental Health Foundation, “is the ability to have open, authentic conversations about mental health in the workplace, both individually and on a strategic level.”
Given the impact of the COVID-19 pandemic, such interventions have never been more important. In October 2020, the Centre for Mental Health predicted that up to 10 million people would require mental health support as a result. Isolation, fear and illness have stoked an already-inflamed mental health epidemic, with millions struggling to adapt to the difficulties of working from home, without the support of colleagues, social outlets and a clear distinction between labour and leisure. That is also not accounting for those who were furloughed, laid off or hospitalised. To protect our colleagues, neighbours and ourselves, those in the industry need to get better at talking about these issues – and finding ways to protect mental wellbeing in the workplace.

The rail industry has woken up to the scale of the problem. Over 10,000 people – almost half of rail’s 25,000-strong workforce – signed up to Network Rail’s inaugural ‘Rail Wellbeing Live’ event in November 2020. It was the largest wellbeing event ever held by the industry, with over 600 organisations signing up.

“We know from surveys that some 60 per cent of our workers have experienced mental health issues,” said John Halsall, Chair of the Rail Wellbeing Alliance. “And with the ongoing uncertainty around COVID-19, there’s never been a more important time to look after ourselves and our colleagues.”

There is clearly a strong demand for greater mental health provision. The rail industry is very good at demanding the highest standards of health and safety, yet, until very recently, mental health wasn’t part of the discussion. Atkins is no exception to this surging demand. When April Welsh, marine environmental scientist, and Tom Buick, principal process engineer, founded a mindfulness network in 2017, they didn’t expect it to be so popular. “Last week, we had someone from Atlanta, Georgia dialling in,” says Buick. “It was 07:00 and they were using it to start their day. And then, on the other end of the spectrum, we have colleagues in India who join us to wind down at 18:00 in the evening.”

Over 700 members of staff have signed up, with the biggest session recording over 100 guests.

“Most of the sound files and session recordings are online, on the system, so don’t feel that you need to join live if you’re busy,” says April. “But people want the community aspect. Togetherness, having a break with like-minded people.”

“There is a bit of a connection,” Tom agrees. “I know that sounds a bit ‘new age-y’ or pseudo-mystical, but people are joining together in their collective experience.”

Raising awareness across the board

The company is taking notice, across virtual boardrooms and office floors. Last September, SNC Lavalin held their annual Health & Safety Campaign week across the group, including Atkins, and Tom and April were invited to host sessions about mental wellbeing. But there’s so much more to be done. April is a trained yoga teacher and mindfulness practitioner, and Tom is a lead mental health first aid facilitator, and both can attest to the damage that pressure and a never-ending push to maximise productivity can wreak. “There’s constant talk now about mental health, and managers are much more proactive about it now, developing wellbeing initiatives – but if there is unrelenting pressure to meet ever more challenging targets, things won’t really get better.”

As well as providing more resources and space for conversations, companies need to make structural changes to how their employees work. “The work that I do as a mental health first aider and mindfulness at work host is classed as non-productive time. Realistically, this time is not chargeable, but is proven to be productive when you consider the changes it makes to improve people’s mental wellbeing. This is borne out by the regular positive feedback that we receive,” says Tom. April agrees that a change of perception is needed: “I’ve been asked many times, ‘should we get senior leadership involved in talking about mental health and wellbeing?’ My response is always: ‘I would be delighted, but they also need to demonstrate a commitment – to their own mental health, and to everyone working for them. Don’t send e-mails at 22:00!’”

One misconception that needs changing is around the cost of mental health; when judged as an additional expense, lowering the number of hours worked by employees, companies can drag their feet, fearful of lower productivity. “I know that Atkins is a company, not a playgroup,” Tom says, “but this way of looking at it is wrong. There’s an issue in terms of a quantitative measure of productivity – poor mental health makes you qualitatively less productive. Say you’re a parent of young children, working from home, juggling childcare and trying to run the house, both you and your partner holding full time jobs, trying to fulfil their 40 weekly contracted hours. If they spend some of that time on wellbeing activities, relaxation or mindfulness sessions – if we even took 30 mins out regularly to focus on our wellbeing – actual productivity would improve, in both the short- and long-term, even though the overall time spent working might decrease.”

April agrees, explaining how a colleague recently put together facts and figures revealing the cost of mental illness through its impact on staff turnover and days lost. It made the management team take notice, and ask “how much will it cost to fix this?”

Ultimately, mental health is about more than what’s going on in the mind; it reflects our whole way of life. There’s no single way of maintaining good mental health, just as there’s no single cause explaining its deterioration. The best approaches are wide-ranging. “That’s why we have different types of relaxation and mindfulness sessions, each providing people with a chance, once a week, to relax and recharge their batteries,” April explains. “This is coupled with our Yammer and Teams groups, open forum discussions, the sound file library and a tie-in with the overall Atkins Health and Wellbeing pillars, including the Mental Health First Aiders. Plus, April’s popular chair yoga sessions!” Tom adds.

It all goes to show that, to feel happy and effective, employees and their employers need to conceive of their engagement not as a transaction, but as a relationship. That way, employers can help to sustain the long-term wellbeing of their workforce, and employees can feel listened to, supported and valued. With mental health, in the rail industry, it feels that we’re finally on the right track – but we’ve got much further to go.

April Welsh is a Marine Scientist at Atkins. Back in 2017, April set up the Mindfulness At Work Yammer group, and was shortly joined by her colleague, Tom Buick. What started as a small group of around 20 colleagues has now grown to over 700 members globally across Atkins and SNC-Lavalin. Since then, they have continued to provide weekly webinars and resources to colleagues, covering topics such as mental health, anxiety, compassion and mindfulness. Outside of Atkins, April continues her ongoing training as a Mindfulness practitioner.

Tom Buick joined Atkins in 2008 and worked as Process Engineer and Team Leader for the Belfast Mechanical, Electrical and Process Group until 2014, when he had to take a significant period of time off work due to illness. On his return to work, and to facilitate his ongoing recovery, he started using ‘dynamic’ Mindfulness, weaving different elements of his learning into everyday life, rather than a scheduled practice. When he fortuitously discovered that April was running the Mindfulness At Work group, he teamed up with her to develop the online presence of the group and collate a digital meditation resource library, which is utilised by colleagues around the globe, their friends and family, the Mental Health First Aider community and Wellbeing Champion Community.