In the latest instalment of Global Railway Review’s exclusive series, Govia Thameslink Railway (GTR) shares the experiences of some of its staff during 2020 and the wide range of roles and ways in which they have aided others throughout the pandemic. 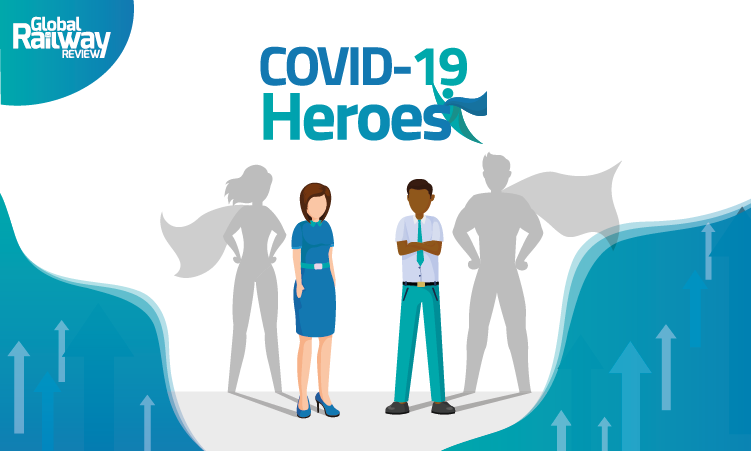 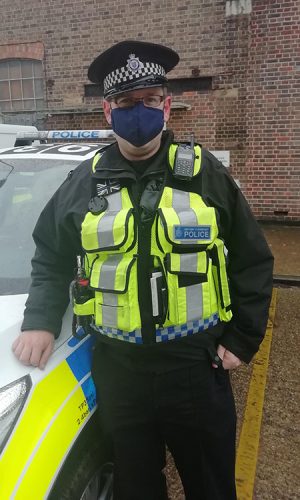 “If you have to make a journey by train, don’t forget to check before you travel,” says James Toni, who knows what he’s talking about when it comes to safety. As well as being a conductor for Southern, he also volunteers as a Special Sergeant with the British Transport Police (BTP) in his spare time, which was crucial for keeping the public safe over several nationwide lockdowns as a result of the pandemic.

“Volunteering for the police force is something that I started 12 years ago and have kept up ever since. Working on the railway is great, but it has its fair share of challenges, and I decided that I wanted to go the extra mile to help to keep our customers safe. My role is to engage with the public, deter crime and help vulnerable customers using the railway network.”

His services haven’t gone unnoticed, with James being promoted from a Special Constable to a Special Sergeant in 2018.

“It goes without saying that 2020 was completely unpredictable. As the UK went into a national lockdown for the first time in March 2020, I was released by Southern so that I could give further support to the BTP. During this time, I covered response calls across the network, as well as undertaking patrols at stations and on trains – reassuring the public and keeping our customers safe at a scary and confusing time.”

“I love being able to help people, which is why I thoroughly enjoy my job as a conductor for Southern. I’ve been on the railway now for over 15 years, originally starting out as a platform assistant, where I worked at Haywards Heath, Lewes and Eastbourne Stations. Customer service is a huge part of the role and, although life is a little different right now, I want to reassure those that have to travel by train that they can do so with confidence.” 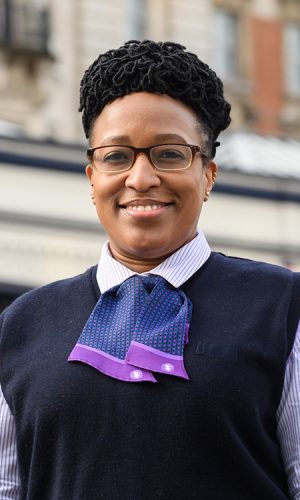 If you think apprenticeships are a young person’s game, then think again. They are open to everyone, something 47-year-old apprentice Nadia Davidson can certainly vouch for. She’s sharing her story of completing an apprenticeship during a pandemic.

“I came to the UK from Jamaica in 2018 and didn’t want to waste any time, so got straight into working life. I joined Southern in April 2020 as part of the team at London Victoria Station, and I work as a Salespoint Assistant. My main responsibility is to provide travel advice and issue tickets for essential travel and, although I joined the company in April 2020, due to the pandemic, I didn’t actually step foot into the station until July 2020!”

“Whilst I was being onboarded into the company virtually, I was contacted about an apprenticeship that I could take part in alongside my job. I thought that it sounded fantastic and jumped at the opportunity, having not done any studies here in the UK. I wanted to be as prepared as possible for my new role and, as the apprenticeship is all done online, I was able to get stuck into it straight away!”

“I was offered English and maths and have already completed the majority of the course, with just three maths modules to go. As part of the apprenticeship, I also have to do extra reading and attend workshops and, for the programme I’m on, it lasts 13 months in total.”

“Learning anything initially can be daunting, but once you get into something that genuinely interests you, you find new and exciting ways of learning about that subject on a daily basis. For me, learning at any age is great both personally and professionally. I would encourage anyone and everyone to be part of an apprenticeship programme should they get the chance to, because there’s so many opportunities to develop your skills, even whilst juggling work!” 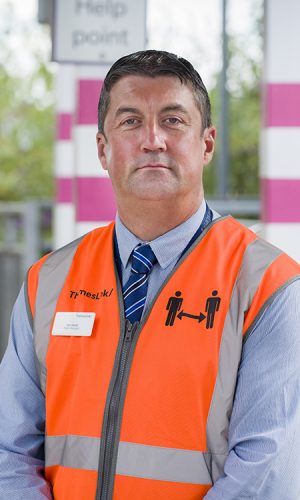 Railway veteran Joe Healy has worked in the industry for over 20 years. With people now returning to public transport, the station manager for Luton Airport Parkway and Harpenden wants everyone to wear a face covering unless they are exempt.

“I want normality to return, but my biggest priority is my staff. That’s why, if people arrive at the station without a face covering, we’ll give them one. We’ve also put a one-way system in place, as well as installing hand sanitiser dispensers throughout the station.”

“I’m originally from southern Ireland and I came over to England when I was 18 years old. I joined the railway as a member of platform staff at Luton Station before moving into the ticket office and, later, becoming a team leader.”

“One thing I’m really passionate about is helping others and making sure that the railway is as inclusive as possible. In 2017, I was asked if I’d become an Accessibility Ambassador for Thameslink. This involves quarterly meetings with stakeholders to discuss any current or potential issues on the route and how we can alleviate these.”

“I also do a lot of work with Autism Bedfordshire for our ‘Try-a-Train’ days, because some autistic people have never been on a train before. Recently, we had our first Try-a-Train day since lockdown to give autistic adults the confidence to return to railway. It went really well, and it highlights how important it is to support the more vulnerable people in society so that they, too, can experience the joy of train travel.”

“In addition to Try-a-Train, I also work with NOAH Enterprise in Luton to help disadvantaged individuals back into the world of work. I go to workshops and sit down and chat with people, find out about their situation, talk about my role as a station manager. I sometimes help them apply for jobs on the railway and do mock interviews to help them prepare. I remember there was a lady who always used to hide her face and not really talk, but then one day she came running up to me because she wanted to tell me she’d got a job as a carer! It’s moments like those that are truly rewarding.” 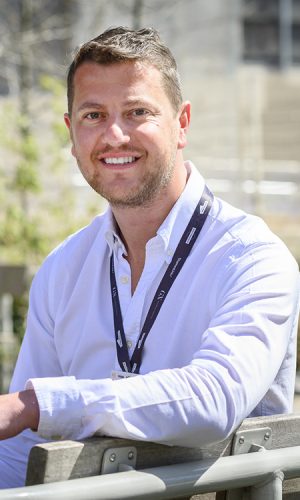 While many men may aspire to be a real-life Prince Charming, David Mitchell is one of the rare few who can say that they actually were! He worked as the character for Disneyland Paris and Tokyo for 12 years before leaving to join Southern in 2014. During the pandemic, David has been volunteering in his spare time to be a responder for Samaritans.

“When I moved back to England and was looking for jobs, I came across a conductor vacancy. Although I didn’t have any rail experience, the job description had a big focus on customer service, which is something I’d done for years, so I thought I’d give it a shot!”

“Since then, I’ve also worked as an On-Board Services Manager, before moving across to the events team. 2020 was certainly an interesting time, but I’ve managed to keep busy for an events manager with no physical events to run!”

“When the pandemic hit in March 2020, I wanted to help and so signed up to be a volunteer responder on the Samaritans app. It connects you to vulnerable people or those in isolation so that you can have a chat, check on how they’re feeling and if they needed anything. It was through this service that an opportunity cropped up to be a volunteer vaccinator with St John Ambulance. I wanted to help more and so jumped at the chance.”

“I had an interview and then completed 20 hours of classroom-based training in person so that I could join the team of other volunteers in Eastbourne. Although it’s nerve-wracking, it’s an immensely rewarding thing to be a part of. There’s such a sense of togetherness and teamwork, and I’m proud to have played a small part in our road to recovery.”

Like other industries, internal events quickly had to move online for GTR, which is something David had a head start on.

“I already had good knowledge of Microsoft Teams and had actually won a national award in 2019 for turning our East Croydon depot paperless. It was helpful that I knew what I was doing when it came to using Teams, but we’ve been on it so much now that I’m craving traditional, real life meetings and events.”