Iñigo Zorriketa, Director at Dominion, details its Obstacle Detector system and explains the benefits that it brings to the safety of rail level crossings. 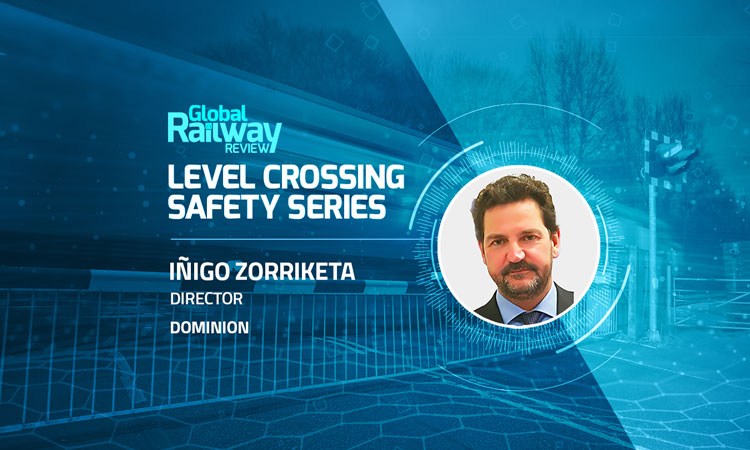 Begirale’s Obstacle Detector is a world first system based on computer vision to achieve such a certification. This could open the door to the possible widespread use of this technology in the railway industry.

As described in the report, the system aims to avoid the consequences of an undue occupation of a railway level crossing area by a road vehicle when the crossing protection system is active.

The first implementation of Begirale’s SIL 3 Obstacle Detector has been carried out in ETS, the regional railway network of the Basque Country, which is, once again, at the forefront of railway innovation, with more than 20 level crossings secured using computer vision.

Some of the differential features of the system are:

Begicrossing relies on standard market hardware, both from the point-of-view of the video camera and the processing unit or communications equipment. This has an effect on costs and makes this solution highly competitive from a cost-effective point of view.

With the same equipment, level crossings of up to 150m2 can be monitored. For larger level crossings, two systems can be connected in serial. In the event of physical modifications to the level crossing, the system can be easily adapted using the configuration software.

The system has been designed to be connected to signalling systems, level crossing protection systems, command control centres (providing live video of the level crossing on demand) or single users through direct messages. All of these mechanisms are configurable and compatible with each other.

There are no moving parts or problems related to material wear. It is recommended that the camera housing glass be cleaned every three to six months. The rest of the elements to maintain are mainly software, so it can be done easily, once a year and remotely.

The system is extremely stable, even in difficult weather conditions (dense fog, heavy rain, snowfall etc). In those level crossings with a deficit of night lighting, the installation is complimented with infrared light illuminators. Availability is almost 100 per cent.

Continuous recording by the camera provides key information to clarify conflict situations. Begicrossing also allows access to the video signal of the level crossing in real time. This makes it possible to remotely manage singular situations that may be occurring.

Level crossings that present a higher risk usually incorporate protection systems. The higher the risk, the greater the number of security elements. However, in spite of the installed protection facilities (fixed signals, light signals, sound warnings and barriers, mainly), there are still situations that can cause serious incidents. The main one is when there is an invasion of the railway track in the level crossing derived from a problem with a vehicle that was crossing it and that is immobilised in the ‘risk zone’.

The first technology to perform this type of detection in a reliable and effective way is the so-called Electromagnetic Induction Loop. Its use began decades ago and this is the system that is mostly installed around the world.

However, it is a very intrusive technology, as it requires installation under road pavement, is difficult to maintain and has low levels of reliability for the railway sector. This has meant that its use has been relatively low for the potential need, focused on level crossings of special risk and linked to the laws of the regulators on railway safety in each country. It has also encouraged the search for alternatives.

In recent years, as a result of the strong technological development in the fields of software and hardware, three technological applications have emerged that propose alternative detection models to the induction loops: Radar, LiDAR and Computer Vision. Of these three technologies, Dominion opted for Computer Vision since it is the most likely future alternative: it is the most versatile of the three, the most economically competitive, it provides additional information about the situation of the level crossing that can be interpreted by any person and its potential for evolution is very high. In addition, the incorporation of Artificial Intelligence (AI) to these systems allows them to learn from experience what results in a constant improvement in their reliability.

In this way, in 2015, Begirale developed a system called Begicrossing. The technology was tested for the first time in 2016, achieving outstanding results. Due to the excellent performance obtained, a first deployment was carried out in 2017 at six level crossings. 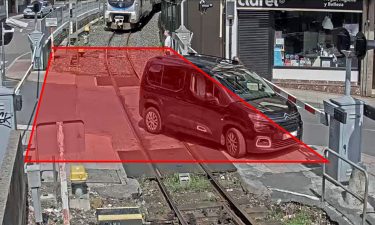 Shortly after, a comparative study of Begicrossing and the Induction Loop system was made together with ADIF, the Spanish Railway Infrastructure Manager. For six months, both technologies were used simultaneously in two level crossings and the results were overwhelming. The Computer Vision product was much more effective than the Induction Loops systems, in terms of the ability to detect obstacles (detecting 100 per cent of risk situations, while the loops detected 98.8 per cent), as well as the number of false alarms produced (with one-sixth of those generated by the induction loop systems).

In 2018, the report ‘Analysis of level crossing safety in Europe and beyond’, carried out within the framework of the European SAFER-LC project, distinguished Begicrossing as one of the best practices at an international level to improve the safety of level crossings. The research consortium of SAFER-LC was formed by 17 organisations of 10 different countries, with participation, among others, of the International Union of Railways (UIC), FFE, SNCF and VTT. The report, which analysed the situation of 24 countries in terms of security of level crossings, noted that this system was one of the best physical and technological measures for this purpose.

Based on these results and the reliability demonstrated by the system, in 2018, a further step was taken, and the Basque Railway Infrastructure Manager decided to incorporate Begicrossing into the protection system of its level crossings – becoming the world’s first Computer Vision system for automatic supervision of level crossings integrated within railway signalling systems.

At the beginning of 2019, in Beijing, ETS received the Quality Innovation Award in the category of Innovation in the public sector for the implementation of Begicrossing in the Basque railway network. The commitment to incorporate cutting-edge technology to increase the safety of their rail network made it worthy of this award.

Nevertheless, probably the best award is that, during the four years that Begicrossing has been operational in the Basque Railway Network, it has contributed to a perfect result of zero accidents at the supervised level crossings where it has been installed, through which more than two million trains and 50 million vehicles have circulated in this period. 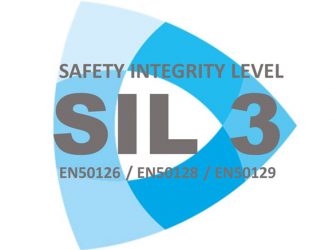 With the aim of internationally officialising the good results obtained and demonstrating that the system fulfils the safety standards of the railway industry, at the beginning of 2019, Begirale began the process of SIL Certification of the product. The assessment was conducted by Bureau Veritas through a systematic and independent methodology following the European railway safety standards.

The process of certification finished at the beginning of 2021, concluding that the process, as defined in CENELEC standards for a SIL3 system, had been properly followed for Begirale’s Computer Vision-based Obstacle Detector, regarding standard EN50126-1 [AS.1.] and EN50126-2 [AS.2.] in terms of lifecycle process, EN50128 [AS.3.] in terms of software development and EN 50129 [AS.4.] in terms of safety lifecycle.

Iñigo Zorriketa has a degree in Physics and an MBA from the University of the Basque Country. With 29 years of experience in technology companies, Iñigo has worked at Dominion since 2004 where he has held different positions of responsibility. In 2013, he led the creation of Begirale, the company’s computer vision business unit. Always linked to the R&D ecosystem, Iñigo represents Dominion as Chairman of the Board of Trustees of the Vicomtech Technology Centre, and as a member of the board of the Basque Research and Technology Alliance. 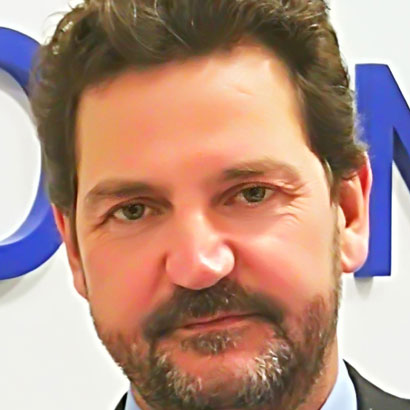