Keir Fitch, Head of Unit Rail Safety & Interoperability in DG MOVE, European Commission, explains the intricacies of implementing the FRMCS and the significant benefits for rail that will come with the use of the new 5G technology and architecture. 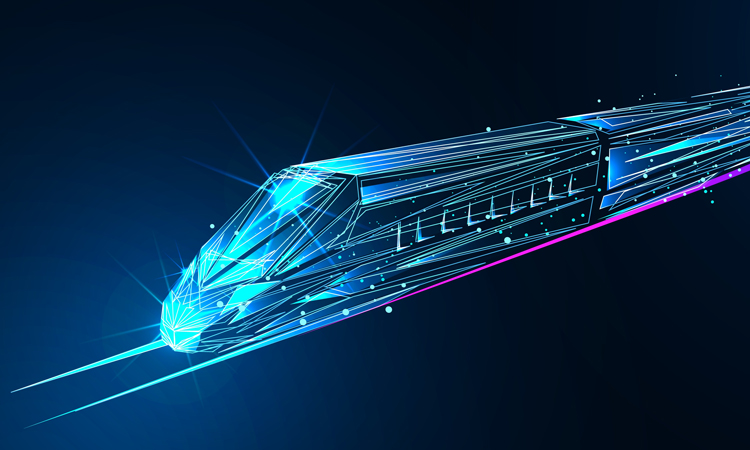 The use of radio for rail communications started in Europe in the post war period, but its use for control systems is relatively recent (about 20 years) compared to the introduction of railways (more than two centuries). The first generation of radio communications – the Global System for Mobile communications for Railway (GSM-R) – is still in use and new deployment continues in some countries. The GSM-R applications has been a huge European R&D – and industrial – success, so much so that today the number of rail lines equipped with GSM-R, in particular China and third countries, is even higher than in Europe. GSM-R has proven to be a very reliable and secure system. However, it is 2G-based (remember your old ‘voice‑and‑SMS’ Nokia?), so making inefficient use of radio spectrum, and, in any case, the production of this type of obsolete hardware will stop by the end of this decade.

In order to ensure rail can maximise its benefit from further digitalisation and automation, Europe is developing the Future Railway Mobile Communication System (FRMCS). In the future, this should support automatic train operations, virtual coupling, tele-maintenance etc, though in many cases they will first be deployed using GSM-R.

It is 5G-based, but aims at becoming bearer‑independent – which should permit future upgrading of the onboard radio module independently of the rest of the onboard system. The objective is to stay as close as possible to standard 5G specifications, allowing standard telecoms equipment to be used where possible. This will bring substantial costs savings and leverage future evolution of 5G. The specification will also permit infrastructure managers to use the public mobile networks to provide rail communications, rather than (or as a supplement to) building their own networks. Importantly, FRMCS will reuse the same frequency range as GSM-R, allowing existing base stations and associated trackside transmission systems to be reused, with the addition of 5G radio transceivers.

One of the trickiest aspects of introducing FRMCS is that it will be impossible to just switch from GSM-R to the new system overnight. The two systems will need to coexist for a considerable period. Therefore, migration is a key process in this exciting initiative. Discussion on this has already begun between the European Commission (EC), the European Union Agency for Railways (ERA) and the railway sector organisation, and we expect to further develop it over the next couple of years.

So, how is FRMCS being developed?

Work on FRMCS takes place in a coordinated way between several stakeholders. In order to build on the successful harmonisation of GSM-R, FRMCS will also be embedded in the EU railway legal framework. DG MOVE and ERA coordinate the activities related to the development of FRMCS specifications and legal framework as well as that for related applications such as ETCS and ATO (in many cases building on the work of the rail research joint undertaking Shift2Rail and in future Europe’s Rail JU).

Considering the elements that define the new system, a two-step approach towards the introduction of FRMCS in the legal framework is anticipated.

The first step is ‘FRMCS readiness’ for the European Train Control System (ETCS) and Automated Train Operation (ATO) – and where also required for other architecture elements. This requires clear specifications of the communication services offered by FRMCS and the functional and technical interfaces between FRMCS and the ETCS/ATO. It is also foreseen to specify how ETCS and ATO have to deal with the dual mode situation, where both GSM-R and/or FRMCS communication services will be used.

The complete and final set of specifications for FRMCS is not expected to be finalised in time for the upcoming revision of the Technical Specifications for Interoperability of the Communication, Control and Signalling systems (CCS TSI)) – but we intend the 2022 TSI revision to include full specification of the interface between the onboard unit and communications module, to allow rapid retrofit with the new FRMCS module once it is available, if possible without triggering re-authorisation. We expect the remaining specifications to be included in the TSIs, and network deployment to begin, by 2025.

The UIC is an important contributor concerning the functional requirement specification (FRS). The FRMCS FRS specifies generic supporting applications specified in the FRS and cover both voice related functionalities (such as emergency voice calls and signaller-driver communication) and data centred functionalities (such as emergency alert messages or data channel for ETCS and ATO), as well as common functions (e.g. user role management, authorisation). The description in the FRS is done in a technology neutral manner; the technical description of the realisation of the solution will be covered in other specifications to meet the functional requirements expressed in the FRS.

The European Commission (EC) has given a mandate to the European Telecommunication and Standardisation Institute (ETSI) to develop the necessary technical standards for the new radio system and for the interworking with GSM-R, to be delivered by end of 2022. ETSI is using the latest developments of the global (3GPP) specifications, which means that the new radio system will be based upon 5G radio technology and architecture.

Spectrum is obviously a key element of any radio system. In this case, sufficient bandwidth is needed to operate simultaneously GSM-R and FRMCS, shifting the usage of the frequencies progressively from the former to the latter. In this field, the European Commission relies on collaboration with the European Conference of Postal and Telecommunications administrations (CEPT). A new EC Implementing Decision harmonises spectrum for Railway Mobile Radio (RMR= GSM-R + FRMCS): the dedicated bandwidth will be extended from 8 to 21,2 MHz. Moreover, as already mentioned, it is expected to also use public mobile networks in certain cases.

On 1 November 2020, the 5GRAIL project was launched. This project, performed by a group of 18 members (railways, suppliers and universities), will run until April 2023. The aim is to validate the relevant parts of the specifications – as delivered by the Shift2Rail Joint Undertaking, the MoU Consortium and ETSI – by using simulations and prototypes. It is expected that important input for the update of specifications will become available, valuated for the second step of the FRMCS definition. S2R and 5GRAIL have already exchanged ideas about coordination (to prevent overlap and gaps). Also, the kick-off of the Advisory Board has been held.

The European Union Agency for Railways (ERA) supports the EC in coordinating all the above initiatives related to FRMCS in order to prevent that diverging or conflicting solutions will be introduced which may hamper interoperability. The Coordination Radio WG is the platform where all stakeholders can exchange and synchronise on technical and regulatory aspects, to be captured later on in the CCS TSI.

Keir Fitch is the former Deputy Head of the Cabinet of Siim Kallas, Vice-President and Commissioner for Transport where he was responsible for land transport, security and state aids, inter alia. He was also the coordinator of the White Paper of the Future of Transport. Keir studied mathematics and law at Cambridge, was a lawyer at Herbert Smith and then moved on to the UK civil service in 1993. He joined the European Commission’s Legal Service in 1999. Before joining the cabinet of Mr. Kallas in 2004, Keir was a Member of the Cabinet of Vice-President Kinnock, responsible for Administration.