Bernd Drapp, Director of Innovation at AP Sensing, explains the concept of a digital railway twin and what it can mean for the efficiency and capacity of sustainable, everyday travel. 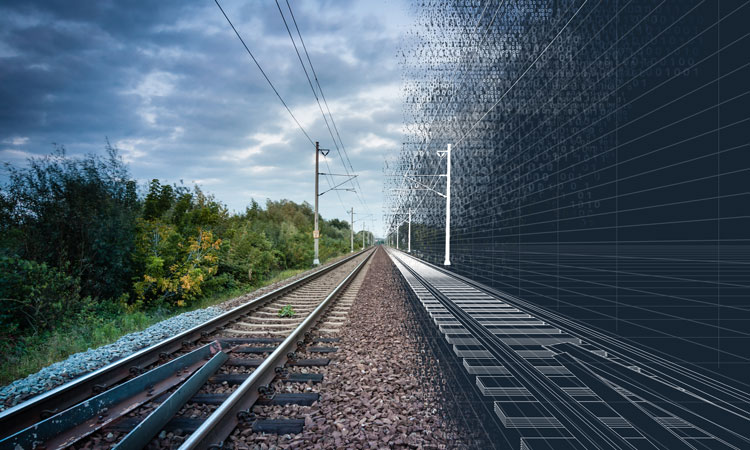 Revolutionising the rail system – approaching the digital future’. That was the headline of Digital Rail Germany (Digitale Schiene Deutschland). Trains that run at shorter intervals, are intelligently and automatically controlled in real time, recognising their environment and position through sensor technology; this is what the future of rail looks like.

One concept used to enable the interaction between the real world, and optimisation and control software in the railway sector is the digital twin. A digital railway twin is a computer-based digital representation of the railway infrastructure. It links the real world with the operational planning system and contains all data and information about the real system, so that with the the latest software technology, a complete analysis and optimisation can be carried out in real time. The optimised digital twin can then, in turn, transfer its data to the real world.

With the help of digital twins, rail operators are trying to achieve major efficiency gains. Expectations are very high as increased capacity, predictive and shortened maintenance, and detailed real-time information should be available without gaps. The digital twin has become a megatrend in Industry 4.0, in which application areas now extend far beyond production or factory optimisation; a digital twin can be created for almost all objects in the real world.

With the help of digital twins, rail operators are trying to achieve major efficiency gains.

However, the data hunger of a digital rail twin is enormous, because the finer the data network and the more up to date the data, the better the reality can be mirrored. This is where one of the challenges of a digital railway twin becomes apparent; an almost unimaginable effort to cover the entire railway network with a dense network of individual sensors, each of which constantly sends its data and requires a power supply. Apart from the number of sensors that would have to be installed, one can also presume that data availability due to malfunctions would be a problem.

A promising alternative to a passive sensor network is the fibre optic network, which is typically used for telecommunication and largely in place alongside most of the railroads already. Using Fibre Optic Sensor (FOS) technology, the existing fibre optic transmission network can be used for sensor purposes now. The measuring principle of FOS technology is based on the physical principle of intrinsic light scattering along the optical fibre. An optoelectronic system sends laser pulses into the fibre optic cable and detects the backscattered light. Vibrations in the ground impinging on the optical cable change the intrinsic light scattering and so does the sensor signal. With FOS technology, the passive fibre optic cable, which until now has only been used for data transmission, becomes a long chain of tens of thousands of sensors that detect vibrations and ambient noise along the railroad.

Just as humans take in the environment with our senses, the digital railway twin uses FOS technology to record the prevailing vibrations at every single point along the route via the optical fibres present on the infrastructure side. Changes along the optical fibre can be localised to within a few metres.

Together with FOS technology, the fibre optic network forms the nervous system of an acoustic, digital twin of the rail network. An especially beneficial use of FOS technology for rail operations results from the use of the fibre optic cable as a microphone chain that picks up all the sounds and frequency patterns generated as a train travels over the track. The FOS signal correlates with the location, speed and length of the train at all times. Even multiple trains traveling simultaneously on a track are detected and can be distinguished from each other.

The fibre optic nervous system provides a temporally and spatially continuous acoustic image – an acoustic, digital twin – of the rail network and the trains running on it. Hereby, the FOS signal correlates with the location, speed and length of the train at all times. Even multiple trains travelling simultaneously on a track are detected and can be distinguished from each other (see Figure 1). In particular, the data on train position and train length qualify the FOS technology for a spatially continuous train integrity verification.

While passenger trains could independently ensure their integrity or completeness, reliable verification of train integrity for freight traffic is currently still performed via point sensors (e.g., axle counters) at the static block section boundaries. However, static blocks significantly limit the number of trains on the track and thus the available capacity of the rail network. Using FOS technology, which offers a timely and spatially continuous sensor for precise position and status data of trains, the technical gap for an increased train density could be closed without any further expensive sensor technology.

AP Sensing, alongside partners the University of Darmstadt and DB Net AG, started the FOSSIL 4.0 project (Fibre Optic Sensing for Safety Integrity Level). This project is partly funded by the German Ministry of Transport in order to evaluate whether a FOS-based Digital Twin can be used as a beneficial, reliable new tool to contribute to the concept of moving blocks and continuous train integrity verification. AP Sensing, headquartered in Böblingen, Germany, is present in worldwide projects such as the Eurotunnel, the metro network in New Delhi, and in Singapore, as well as on high‑speed routes such as Berlin to Dresden, Germany with its fibre optic sensor technology. The red dashed lines shown in Figure 2 represent the existing fibre optic network that AP Sensing uses as a comprehensive sensor network.

A FOS-based digital twin enables a whole range of other applications with the help of its acoustic nervous system including energy-saving driving, detection of obstacles on the track, rapid localisation of short circuits which have already been tested in various pilot trials and many more conceivable applications. In addition to those mentioned above, which are based on real-time evaluation of fibre optic nerve signals, a key advantage of the digital twin is that it can also be used for infrastructure diagnostics – its memory. This makes it possible to analyse the development history of the acoustic signals of one section of the line or to relate and compare them with the signals of another section. From this, even slow, wear-related changes in the track structure can be reliably detected.
AP Sensing’s FOS measurement technology has achieved significant improvements in both sensitivity and range in recent years. It is now possible to detect even slight variations in the acoustic signal of a moving train and to localise its origin. The signal disentanglement of wheel and rail acoustics indicates whether the variation was caused by the train itself or by the track body. The acoustic memory is the central component of smart maintenance, which in turn is expected to contribute to increased track availability and capacity in the future.

Overall, a FOS-based acoustic digital twin of the rail network is an important building block for increasing capacity and efficiency in the provision of sustainable everyday mobility. FOS supports our common target of carbon dioxide reduction in transport and provides the sensing capabilities needed to approach our digital vision for the future.

Bernd Drapp studied physics and received his PhD in integrated optics from the University of Tübingen. Due to his scientific and industrial research work with Fraunhofer and various international technology companies, Bernd has extensive knowledge in fibre optic sensor technology and more than 15 years of work experience in AI. At AP Sensing, Bernd oversees the company’s rail projects and leads the Data Science Department as Director of Innovation. 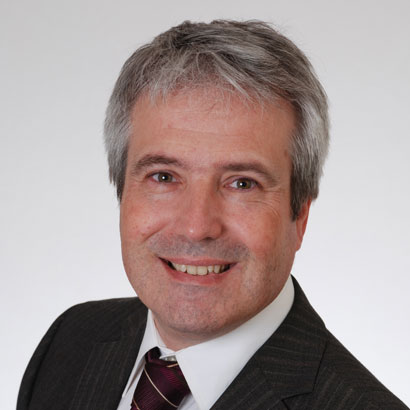