How can a railroad eliminate its carbon emissions while still meeting its commitments to its customers and the larger economy? This question is one that Dr. Kyle Mulligan, Assistant Vice-President, Operations Technology at Canadian Pacific (CP), explains CP sought to answer with its ‘Hydrogen Locomotive Program’. 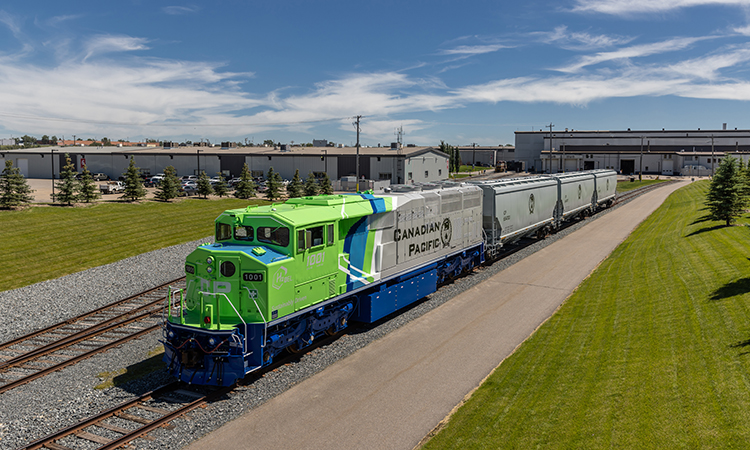 Railroads start from a place of strength environmentally. Here in Canada, for example, we move 70 per cent of the nation’s intercity freight while generating 3.5 per cent of the transportation industry’s greenhouse gas (GHG) emissions. Still, the operation of a diesel locomotive fleet represents the company’s largest source of carbon emissions and our greatest opportunity to address climate impacts from our operation.

The transition to a low-carbon economy presents challenges and opportunities for the transportation sector. To align CP and our stakeholders as we navigate this dynamic change, we published CP’s first Climate Strategy in 2021, charting our approach to managing potential climate-related impacts across the business while capitalising on low-carbon opportunities. 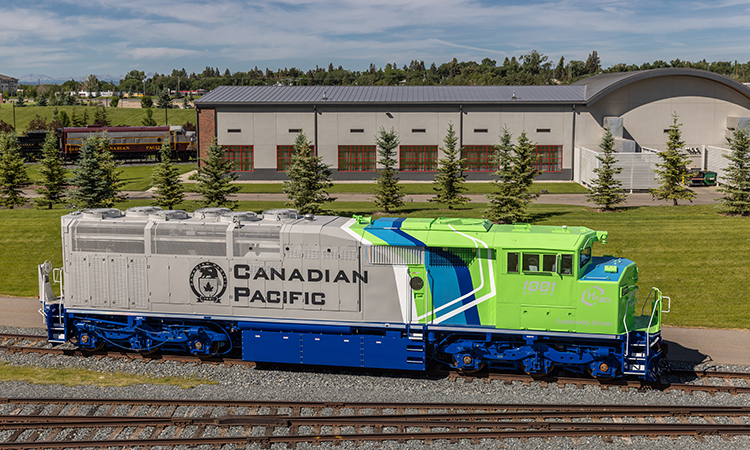 Hydrogen fuel cells use a chemical reaction that converts hydrogen to water and releases electricity, the only emission from this process is water vapour. The technology has been tried and proven. However, its use in rail applications has been limited. In Europe, rail operators have tested fuel cells in passenger applications, where loads are light. In the U.S., one test explored the use of fuel cells in a light-duty locomotive assigned to a freight yard, where operations are typically under 10 mph and only small numbers of railcars are handled at a time.

By contrast, with CP’s ‘Hydrogen Locomotive Program’ we are developing line-haul locomotives capable of operating at speeds and generating horsepower comparable to a road-service diesel locomotive. We anticipate these locomotives will be able to haul full-length freight trains over mainlines at track speed. We started with plans for one medium-duty unit in December 2020, which is now built and is starting testing trials. In November 2021, with funding from Emissions Reduction Alberta matching CP’s commitment, we announced two additional units, one high‑horsepower and one light-duty. Each of the three represents a class of locomotive currently in service in the North American fleet and will be tested under the operating conditions ordinarily faced by that class of locomotive.

The next generation of locomotion

…with CP’s ‘Hydrogen Locomotive Program’ we are developing line-haul locomotives capable of operating at speeds and generating horsepower comparable to a road-service diesel locomotive.

CP’s existing locomotive fleet uses a diesel-electric drivetrain, meaning powerful diesel engines turn a generator, making electricity to power traction motors that turn the locomotive’s axles. It is a reliable system of locomotion that has dominated the industry since the middle of the last century. But because it relies on the consumption of fossil fuels, it emits carbon. 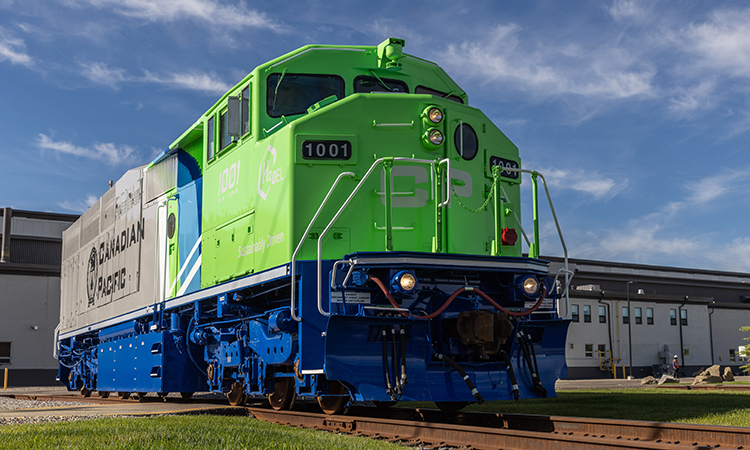 Hydrogen is the most abundant element in the universe, but creating hydrogen fuel means separating hydrogen from the other elements with which it likes to bond, which takes energy. So making hydrogen locomotion zero-carbon means considering how we generate hydrogen fuel.

CP is working with ATCO to construct two hydrogen generation and fuelling facilities in support of the Hydrogen Locomotive Program. Both hydrogen production and fuelling facilities will deploy electrolyser technology to produce hydrogen fuel from water. One of these plants will be located at CP’s Calgary headquarters and will operate on renewable electricity from a five-megawatt solar farm project, which became operational in 2021. This hydrogen production plant will operate on renewable power to produce hydrogen fuel to power CP’s hydrogen locomotive without emitting greenhouse gases.

CP is a sustainably driven company. Our customers, employees and shareholders are invested in a more sustainable future.

We now need to prove that hydrogen locomotion in heavy-haul freight applications works in the real world. That means putting our hydrogen locomotives at the front of trains loaded with freight and analysing how they perform. Alberta is the ideal location. The province has shown its support for the programme through its grant. Additionally, Alberta possesses many of the different conditions a locomotive can encounter: hot and cold temperatures, flat and mountainous terrain, freight yard applications and mainline operations.

CP is a sustainably driven company. Our customers, employees and shareholders are invested in a more sustainable future. If we’re successful here, hydrogen locomotives could one day provide zero-emissions locomotion far beyond the boundaries of Alberta, or of CP’s network.

A century ago, steam locomotives were the unchallenged kings of moving freight over the rails, but diesel-electrics would soon take their place. With the Hydrogen Locomotive Program, CP hopes to enable the next transition in freight rail operations; this one to develop a zero‑emissions fuel cell technology for the freight transportation sector.

Dr. Kyle Mulligan is responsible for overseeing CP’s hydrogen locomotive, advanced analytics, standards, wayside detection, train dynamics and marshalling, and incident investigation programmes. More simply, Kyle uses data and technology to help ensure CP continues to operate the safest Class 1 railroad in North America for 16 years running. Kyle strives to deliver results on time and on budget, while also mentoring those around him. He is trained and qualified, amongst other things, as a locomotive engineer, and conductor. He has used his first-hand experience to further understand impacts of the systems that he designs for operations in the field including technologies such as broken rail detection in dark territory and predictive acoustic bearing failure technology. Kyle holds a doctorate (PhD) in mechanical engineering from the University of Sherbrooke in addition to degrees in computer systems, electrical, and biomedical engineering. 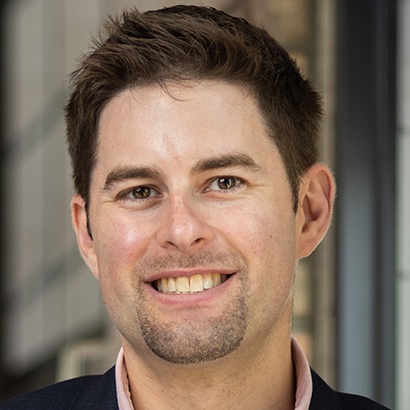