Michel Ruesen, Managing Director of the ERTMS Users Group (EUG), explores ERTMS and its implementation across Europe, looking at the ways that the deployment has evolved over time. 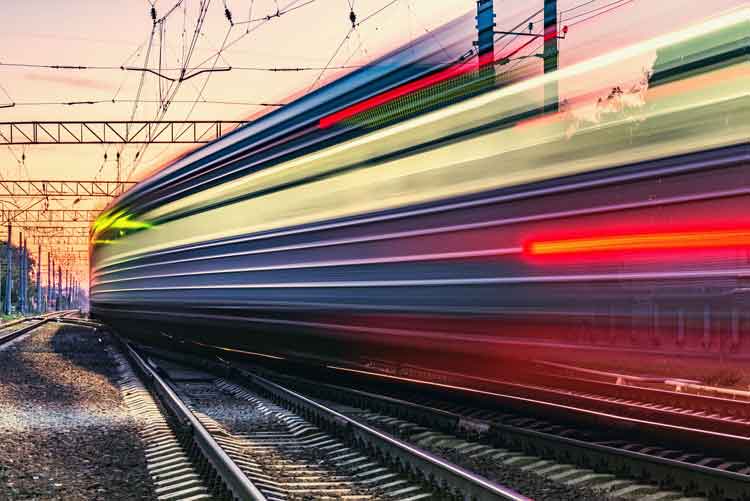 After a slow start, with many deployment issues for the early implementers in the first decade of this century, the deployment of the European Rail Traffic Management System (ERTMS) is now accelerating. With Denmark’s decision to renew its entire Command, Control and Signalling (CCS) system making use of radio based ETCS (European Train Control System), more countries have opted for a similar renewal strategy. Norway, Sweden, Finland, The Netherlands, Belgium, Spain, and Italy have large programmes in place. Luxemburg and Switzerland are already equipped with ERTMS, although mainly Level 1 with (national) lineside signals still in place and without radio communication for data transfer. Nevertheless, these countries can receive ERTMS‑only trains, contributing to the aim to develop an interoperable ‘Single European Railway Area’. Also, other countries, including France, Germany, Czech Republic, and the United Kingdom, intend to use ERTMS as the basis for their future digital railway systems. These developments, together with the awareness of the need for massive renewal of CCS systems after 2040, have encouraged the European Commission (EC) to propose the member states to move the deadline for implementation of ERTMS on the entire TEN-T network from 2050 to 2040.

Ever since 1995, the ERTMS Users Group (EUG) has been the platform for the experts of the railway companies to discuss the implementation issues of ERTMS and to extend its possibilities, for example Automatic Train Operation (ATO), packet switched communication, hybrid level 3 applications, improved braking performance and localisation of trains, etc. Together with the experts of the EU Agency for Railways (ERA) and the suppliers (grouped in UNISIG and UNITEL), EUG works on the further development of the ERTMS specifications in the Technical Specifications for Interoperability for Command Control and Signalling Systems (TSI CCS). This is done together with the UIC. EUG focuses on ETCS and the UIC on the radio communication.

In 2017, the members of EUG (see Figure 1) discussed that integrating ERTMS (Class A CCS) into their existing national (Class B) CCS systems does not bring the full benefits of ERTMS and leads to excessive costs: even though the existing CCS systems have a relatively good performance, they are all bespoke. This makes it very difficult to replace elements and to add additional functionality, such as ETCS. As a result, incorporating ETCS becomes complex with all associated costs. The conclusion was that European standardisation of CCS needs to go further than ETCS and radio communication (the two elements of ERTMS today) only. Together with its sister organisation EULYNX (a consortium of almost the same railways as EUG and focusing on the standardisation of trackside interfaces), the joint initiative to develop a Reference CCS Architecture (RCA) was launched. A white paper was published in 20181 which describes the characteristics, business case, migration, and roadmap of RCA, while also identifying risks. 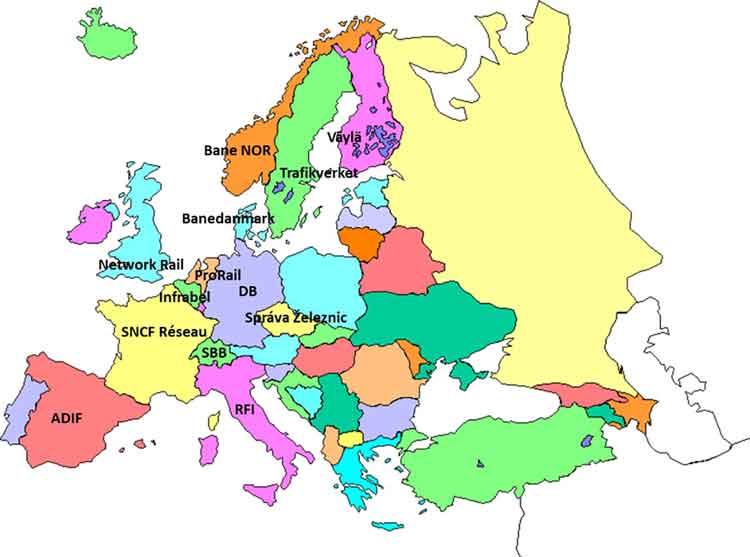 The RCA initiative of EUG and EULYNX was quickly followed by a complementary initiative of five railway undertakings (DB, NS, ÖBB, SBB and SNCF) to develop an Open CCS Onboard Reference Architecture (OCORA). These two initiatives triggered the EC and rail sector organisations to define a CCS system framework, also considering the work done on CCS in the Shift2Rail Joint Undertaking. When this framework was agreed by all parties in the ERTMS Stakeholders Platform in June 2020, it formed the basis for the creation of the System Pillar in Europe’s Rail Joint Undertaking, the successor of Shift2Rail.

The System Pillar offers a good opportunity to develop a modular architecture with standard interfaces and a standard operational concept for the future CCS system. This is exactly what the railways need because it will allow interchangeability of elements of the system without the need to take the whole system into account. It is also interesting for suppliers, because it will increase the market potential for their products and services. The architecture and interfaces will not be static, but will evolve over time, allowing new technological developments to be incorporated. The difference with the present situation is that it will be a managed evolution at European level.

The scope of the System Pillar will not be restricted to CCS. First of all, CCS needs to fit into the overall railway system which shall provide the best services to the end customers: passengers and logistic operators. Therefore, at a higher level, the System Pillar will define the architecture and operational concept of the whole railway system. Secondly, other domains of the railway system will benefit (in terms of better performance and affordable costs) from standardisation. For now, Digital Automated Coupling (DAC), Traffic Management and Capacity Management, the domain of RNE (RailNetEurope), will be addressed as well. Energy Management and Asset Management are likely to be added soon.

Another dimension of the work in the System Pillar is the migration towards the future modular architecture. Recently installed or renewed systems are well functioning, and their investments should not be jeopardised. As these systems are all different, it will be a challenge to define a migration roadmap for each country. Ultimately, this migration roadmap will have to be designed and managed at national level, but the System Pillar will provide guidance.

As aforementioned, EUG works together with UIC, UNISIG and UNITEL on the development of the ERTMS specifications in the TSI CCS. With the foundation of the System Pillar in EU-Rail, these four technical bodies of the rail sector will be joined by EULYNX, OCORA, RNE and other UNIFE working groups to develop the standards and TSI’s for the railway system of the future. The work has already started: in a ramping up phase of the System Pillar which ended in July, the results of EULYNX, RCA, OCORA and Shift2Rail have been jointly assessed and a first target architecture, operational concept and high-level migration principles for CCS have been defined.

For EUG, the priority in the coming years will first be the assistance of the railways with the implementation of ETCS. In addition, and together with the partners, EUG will work on the specifications for the future ERTMS in the System Pillar.

Michel Ruesen has been the Managing Director of the ERTMS Users Group since 2010. He has been active in the railway sector since 2003, when he joined the Dutch Infrastructure manager ProRail as a Deputy Director of Maintenance and Asset Management. While working for ProRail, he was the President of the ERTMS Users Group from 2006 to 2008 and the President of the EEIG Corridor Rotterdam– Genoa (now called Rhine Alpine Corridor) from 2008 to 2010. Michel holds a Master of Science degree in Electrical Engineering from the University of Delft and a Master of Business Administration degree from the Erasmus University in Rotterdam and the Simon School in Rochester. He started his career in 1984 as a consultant in the field of bulk material handling. From 1992 until 1999, he worked for the Dutch Electricity Generating Board. During this period he was (among other positions) Manager of Operations of the Dutch Nuclear Power Plant in Dodewaard and contributed to the strategic decision making process to take this plant out of operation and to prepare it for a safe enclosure for a period of 40 years. From 1999 until 2002, he worked as Director Marketing and Sales for large power transformers at Smit Transformatoren in The Netherlands and RWE Solutions in Germany.