Europe’s transport system has so far failed to keep up with the other main sectors of the economy in terms of decarbonisation. The EU’s total GHG emissions were roughly 18% lower in 2011 compared to 1990, a positive development in line with the EU’s 20% reduction target by 2020. The total level of GHG emissions fell by 34% in manufacturing and construction1, by 23% in agriculture and by 16% in the energy industry between 1990 and 2011. On the other hand, emissions from transport were 19% higher in 2011 compared to 1990. As a result, transport now accounts for 20% of total emissions as opposed to just 14% in 1990. Transport emissions are fast becoming a significant obstacle to Europe’s climate policy goals.

It cannot be the case that most sectors and industries continue to make major contributions to decarbonisation while transport contributes negatively to the overall effort. A major re-orientation of the transport system is therefore essential if long-term carbon reduction targets are to be achieved. After much hesitation, an emissions reduction target was finally defined for the transport sector in the European Comm – ission’s 2011 Transport White Paper, committing the EU to achieving a reduction of 60% of total GHG emissions in transport compared to the 1990 level by 2050.

Railway transport’s performance in terms of GHG emissions is well-documented. Average specific emissions per passenger-kilometre, respectively per tonne-kilometre for freight, are substantially lower in rail transport as compared to road transport.

Transportation also remains overwhelmingly dependent on oil. With an import dependence ratio of around 90%, the European Union is particularly vulnerable to oil supply shocks, be it with respect to quantity or price. This translates into a macroeconomic vulnerability as well. In 2012, the EU’s net oil import bill reached a new historic record of €304 billion. This regular haemorrhaging of resources to the outside world amounted to 2.3% of the Union’s total GDP in 2012 as compared to 1.5% in 2005.

The transport sector accounts for around three quarters of the EU’s final consumption of oil and oil products today (up from 62% in 1990). Road transport alone is responsible for 64% of final consumption (up from 53% in 1990), whereas the share of rail is just 0.6% (down from 0.9% in 1990). In sum, road transport constitutes Europe’s dominant vulnerability with respect to oil price shocks and this situation has worsened while rail’s very positive performance has improved.

Rail transport experienced a considerable growth in the use of renewable energy. Thanks to a very high share of electrification, much of rail may thus become increasingly both zero carbon and renewables-based. Other transport modes have much more limited possibilities in this regard. European railways are continuing to increase their energy mix in favour of renewables. If the trends of past years continue, the European railway sector will reach 35% of renewables in 2020.

With such a strong profile rail clearly has a role to play in alleviating both the GHG emissions challenge and the oil dependence challenge in transport, with the added benefits of lower local air pollution and a better safety performance.

From the viewpoint of economic policy, the central principle that should apply is the internalisation of external costs, i.e. the fact of pricing in external costs so that final prices reflect external costs in line with the ‘polluter pays principle’.

The recent trajectory of EU policy on this issue has led to a split between local externalities, to be handled in the context of transport infrastructure pricing, and the global externality of climate change, for which a solution has yet to be formulated.

A recent report2 of the Commission examined the existing pricing instruments. Most Member States apply charges for Heavy Goods Vehicles following the rules that are envisaged according to Directive 2011/76/EU (the ‘Eurovignette Directive’). A significant number of Member States apply time-based vignettes, which hinders the relationship between what is paid and the infrastructure and external costs that are actually caused. Furthermore, passenger cars often pay no charges at all. For the majority of road network hardly any infrastructure charging exists. Unlike in road transport, usage-based infrastructure charges are common in rail transport. Following the rules set out in Directive 2012/34/EU, all railway networks in the EU apply charging based on the principle of the cost directly incurred.

EU legislation sets binding CO2 targets for new cars and van fleets. The Commission also directs extensive efforts to replace fossil fuel driven vehicles with alternative fuels. Over time this will help to reduce average emissions but one has to acknowledge that cars with older emission standards will remain on the European road network during the phase-out periods. Even with the new emission standards, the European GHG reduction targets can only be realised with the introduction of usage-based infrastructure charging. Furthermore due to the preference currently given by politicians to these regulatory mitigation policies, the internalisation of external costs has taken the back seat although it is widely accepted among experts to be the most effective and most fair policy approach. A revitalisation of the concept of internalisation of external costs is therefore needed.

Actions that need to be taken

On 22 January 2014, the European Commission unveiled its 2030 Framework for Climate and Energy Policies. The main pillars of the new Framework include: a reduction in GHG emissions by 40% below the 1990 level; an EU-level binding target for renewable energy of at least 27%; and energy efficiency policies. What is missing so far from the new Framework is a principled and binding inclusion of transport, so that the GHG emissions goal for 2030 is actually met. As for road pricing, proposals to switch to distance-based charging and to a systematic policy of internalisation of local external costs need to be adopted by the European Commission.

Transport has been the only major sector of the economy to contribute negatively so far to the EU’s decarbonisation and energy security needs. Within that context, rail can play a constructive role through a policy of modal shift. 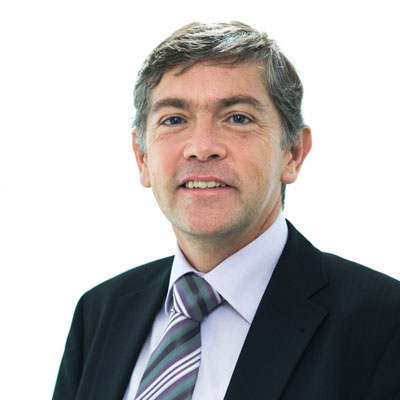