Getting ready for the first rail tendering project in Finland 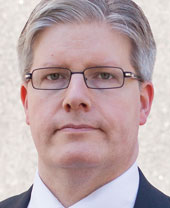 The incumbent VR (Finnish State Railways) still has a monopoly position in Finland, but the conditions for a successful first tendering exist. Finland separated the rail network manager and the railway operator in 1995, and the rolling stock company JKOY was founded in 2004 to provide the new trains for tendered services. HSL is the competent authority within the Helsinki capital region, and it has the opportunity to open tendering after the current direct award contract with VR ends.

HSL is a regional authority responsible for a multi-modal integrated public transport system. The local trains carry 55 million passengers over six million train kilometers annually. The trains provide approximately 20% of the transport services on offer, combining with buses, metro, trams and ferry services to form a high-quality system. Public transport is used on 43% of motorised trips within the Helsinki region, a high share that has been reached with a complete integration of transport services, including ticketing and fares, and a long-term plan committed to the development of the rail networks.

The continuing improvement of the transport system requires efficient, reliable and flexible local train operations. HSL wants to establish a partnership with a rail operator focused on the specific needs and conditions of the urban rail services, capable of maintaining high quality and growth of ridership. The operator will get to use a modern EMU fleet, as at least 54 FLIRT trains will be delivered by Stadler before the start of the new contract. First trains of that series have been used since 2010 and received positive feedback from passengers and the operating personnel. HSL is leasing the new trains from the rolling stock company and assigning them to the contracted operator, who should also take responsibility for train maintenance.

Most of the local train lines organised by HSL are high frequency services running on a double-track almost totally separated from the main line tracks and mixed traffic. The urban lines cover three main corridors to a distance of approximately 30km from the Helsinki city centre, and the peak time intervals are 5 to 10 minutes. The rail stations are well served by connecting feeder bus lines.

In 2015 a new loop link will connect the Helsinki international airport with the local rail network. Future projects include a western extension of the urban double-track line and the ambitious tunnel loop under the Helsinki city centre called ‘The Raindrop’. The project would relieve the rail congestion at the approach to the Helsinki main terminus and improve passenger access to the core city and interchanges to other modes with three new stations. Due to the scale and complexity, The Raindrop is tentatively scheduled to open in 2024. The Helsinki region will continue the strategic development of all rail-based modes, and the tendering of local train operations should allow HSL to benefit fully from the network investment.

The preparations for tendering are ongoing, including at this stage dialogue with potential operators, other tendering authorities in Europe and various experts in the field. The Finnish government authorities at the network manager LiVi, railway safety agency Trafi and the independent rail market regulator are committed to promoting fair and transparent conditions for market access, which is a requirement for HSL to achieve a successful tendering result.

The conditions for transferring personnel are identified as another critical success factor. HSL has entered discussions with the trade unions and the central organisations for collective bargaining in Finland, with the goal of having a settled agreement for the terms and procedures of transfer in place before the final stage of tendering. There is now a public trade college offering professional certification training for train drivers and other personnel, but only a small fraction of the staff needed for working the HSL contract could be newly trained recruits. Most of the personnel must be transferred from the incumbent, and their acceptance and motivation for the new job needs to be guaranteed.

The final decision to start the procurement process will be made at the start of 2015, followed by an invitation for EOIs from potential bidders. The formal negotiation stage for pre-qualified bidders would then be used for fine tuning of the tendering procedure, documentation and the contract model. The final tendering notice should be published at the end of 2015 and enable the decision on the winner to be made before the end of 2016. The transitional period for the new contract should then be long enough to allow the operations to begin either in January or June 2018. The challenging winter conditions in Finland would make starting in the summertime a safer option.

The new contract will be gross cost based with significant quality incentives. As the level of service offer, timetable structure and rolling stock will be pre-determined by the authority, the operator can focus on the delivery of reliable and punctual services with well-maintained clean trains to achieve a high customer satisfaction and growing ridership. In a highly integrated multi-modal transport system, where the ticketing and fares are completely controlled by HSL, the operator could not assume the full responsibility needed for a net cost or concession-type contract.

The contract period would likely be 10 years, including flexible options to manage the network changes, and depend on the fulfilment of quality targets promised by the winning bidder. The volume of services would be about seven million train kilometres operated by a fleet of 75-80 units, using double and possibly triple traction for peak capacity. The train contract could also include a bundle of integrated feeder bus lines, if this is found to be an attractive option for the potential operators.

The operations and maintenance would be based at the central VR Ilmala depot, where the authorities are currently looking for the way to guarantee conditions of fair access to the necessary facilities as required by the law. Alternative depot sites are under investigation, but they may not be feasible to build in time allowed by the tendering schedule.

The future of rail competition in Finland is still undecided, and the results of the first tendering will be crucial for the policymakers. Open access to the Finnish rail network for passenger services is effectively blocked until 2024 with an exclusive rights contract granted to VR by the Ministry of Transport, but it does not cover subsidised PSO services organised by competent authorities. While the HSL local trains contract is by far the biggest rail service contract in Finland, there are possibilities for future tendering in regional train services for the wider commuting area around Helsinki and potential new regional services around Tampere. There are also planned light-rail projects in Helsinki, Tampere and Turku, where different models of tendered contracts will be considered.

HSL will keep looking for useful new contacts, tendering expertise and dialogue with potential bidders until the end of 2014. At InnoTrans 2014 in Berlin, HSL will have a stand at the Finnish Rail Forum in Hall 2.2. Anyone interested in rail tendering in Finland is welcome to visit us.

The Helsinki Sm5 FLIRT (shown on page ?) is a 75m-long EMU train unit with four sections and six low-floor entrances. The passenger capacity is 260 seated, 380 total. The top speed is 160km/h and the train has a high rate of recovery both for driving and heating energy, making it suitable for the Finnish conditions.

Kimmo Sinisalo is a dedicated public transport professional, who has worked for the Helsinki Region Transport Authority (HSL, formerly YTV) since 1999 after studying transportation at the Helsinki University of Technology (now Aalto University). Kimmo has experience in planning and tendering of bus services, developing public transport information services, quality management systems and contracting for rail services. Kimmo is currently responsible for the first rail tendering project in Finland.

By Kimmo Sinisalo, Project Manager for Rail Tendering at HSL