Innovation the key to competition on Italy’s railways

The rail industry is constantly faced with new challenges. Until recently rail was considered an ‘old industry’ due to a lack of innovation, but modern digital and sharing cultures are now giving way to new opportunities in the rail sector. As Andrea Giuricin, Strategic Advisor for NTV, explains; Italy is a clear example that innovation is achievable and highly valuable for customers… 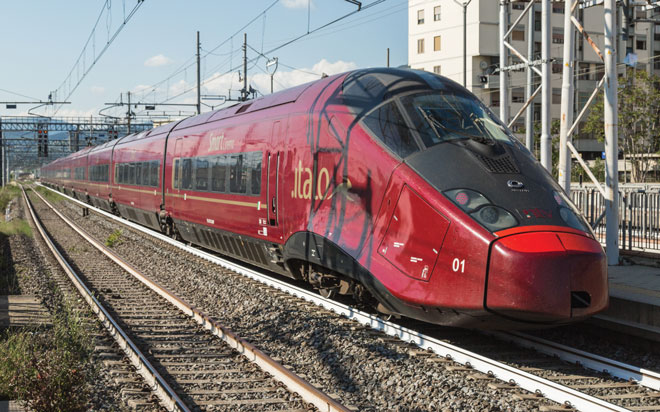 More than 10 years ago in the high-speed rail sector, Italy decided to allow private competitors to enter in the market.

At the end of 2006 a group of private entrepreneurs – assisted by a strong group of the most important Italian banks and insurance companies – decided to launch the Italo project (25 high-speed trains produced by Alstom) and services began on 28 April 2012. Now, after more than four years in operation, it is possible to analyse the success of the project and also reflect on the mistakes that were made.

From the beginning the challenge was extremely complicated because the fixed costs were very high and competition was regarded as being unfair.

At the time Rete Ferroviaria Italiana (the infrastructure manager) and Trenitalia (the railway undertaking) were 100% owned by the same holding company, Ferrovie dello Stato Italiane, which resulted in complications with regard to competition.

In the beginning there was not an independent authority to set the rules to ‘play the game’.

There were many points that were not resolved, but equally many positive steps taken in the direction of competition thanks to the independent authority and decisions of the Ministry of Transport and Infrastructure Graziano Del Rio.

How were improvements made?

Many companies can agree that there is not just one ‘driver’ of change.

Making the turnaround possible was Mr. Cattaneo who, until recently, was the CEO of NTV (Nuovo Trasporto Viaggiatori – the private open access operator of Italo). He is now a shareholder of the company.

The idea of the Italo service was not so different from that of the low-cost carrier model for the airline industry. The reduction of ticket prices by roughly 20% saw an increase in patronage of 52% in 2014 and 72% in 2015. It is important to remember that the rail industry – similar to the aviation or hospitality industries – has a very low marginal cost. The majority of costs are fixed and the most important cost for high-speed rail is access charges.

The aggressive pricing strategy leads to an increase in total revenues and concurrently the company starts to increase its ancillary revenues. Ancillary revenues are very important in the airline business, but for rail it is something for the future. 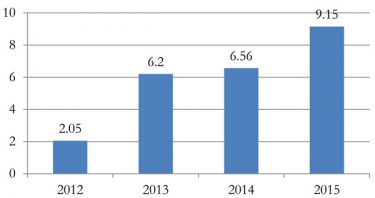 NTV created ‘casa Italo’ – a station-lounge for all customers – which was free-of-charge until a few months ago because the initial target was to increase brand awareness. After four years in operation, however, our brand awareness is very high so Italo decided to enforce a €10 ‘caso Italo’ admission fee – a concept used in the aviation industry.

Revenues also increased thanks to revenue management and seat inventory systems –some offers proffer a trip between Milan and Rome (approximately 3h journey) for just €9.90. It is possible for the customer to find the best solution with the best level of flexibility.

Our competitor Trenitalia has also increased its price range giving consumers more choice. Competition is a good thing for customers as they can benefit from having more travel choices.

Since 2011 the average ticket price for high-speed rail in Italy decreased by roughly 40%. Lower prices can increase demand for a particular period which, in turn, can increase passenger kilometres by about 65%.

Although Italy suffered a very strong recession (between 2011 and 2015 the gross domestic product decreased around 4%) NTV did increase revenues, whilst simultaneously managing to decrease its costs. 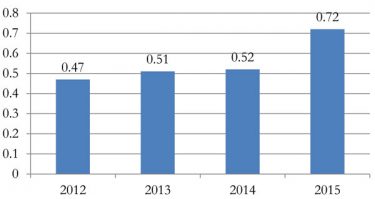 At the end of 2014 the independent Authority for Transport decided to decrease access charge costs because the majority of development costs for the high-speed network were not paid by the infrastructure manager, but directly by the Government (Financial law of the Italian State at the end of 2006).

This lead to the reduction in costs for available seat kilometres by more than 30% over just two years, which resulted in more flexibility in the pricing strategy of the company.

The effect of the competition was very good for the state owned enterprise too. Trenitalia has the opportunity, due to competition, to innovate their service and now the EBITDA margin for ‘Le Frecce’ is higher than Italo (around 35%). The difference of the EBITDA is due to the fact that Trenitalia is able to more effectively reach the segment of the business customers.

It has been taken into consideration by other railway undertakings. It is near impossible to replicate the offer of the incumbent operator; because of historical reasons the new entrants will have a lower number of trainsets and a lower service offer.

This is the reason why the incumbent is able to operate at a higher frequency, and the number of trains per hour between two cities is the key driver of demand. 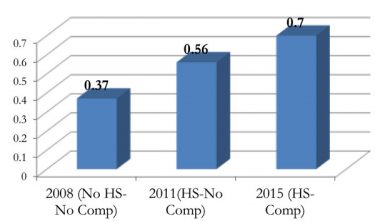 There are many points that could be made about the railway industry being a leading sector for innovation. Intermodality, or a ‘seamless society’, is not just a theoretical concept. The development of the Italo Bus is a reality and customers are able to purchase a single ticket which is valid on buses and the train. Fare integration due to the seat inventory system and the revenue management system was put into operation in 2015 and now gives perfect integration between two transport modes.

Italo Bus offers to enlarge the catchment area of the high-speed stations with a lower risk for customers (due to integration of the schedule and single operation responsibility for the connection).

Flexibility is the other keyword connected to innovation. The asset of a rail company is fixed in the short period. The trainsets are a very expensive start-up cost but it is a strategic decision for the long-term.

At the beginning of operational service, Italo started with three classes of ambience for its 11 coaches and 450 seats: Club, with the highest comfort and privacy with a customised service; Prima, similar to First Class with at-seat service; and Smart, a quality service at an entry price.

Prima had an additional option called ‘Relax’ which was a silent coach. Since the beginning it was very difficult to let the ‘silent’ aspect be respected by customers.

Due to this fact – as well as the recession that hit Italy during 2012 and 2013 – Italo introduced the concept of an ‘Extra Large’ coach instead of the ‘Silent Coach’. A fourth class that is similar to the XL service of some airlines: a more spacious seat without at-seat service. This is much cheaper for the company (catering cost reduced) and also offers a cheaper solution for the customer.

The Smart XL class received good passenger feedback and was extended to another coach that it was from Prima ambience. Recently, the abatement of the recession and the new aggressive pricing strategy allows the reduction of the number of Smart XL coaches in favour of a new Prima coach.

This is a clear example that even if the asset is fixed, it is possible to be flexible to customer demands.

In terms of innovation, the seat inventory system and more efficient revenue management has allowed the introduction of very fast decision-making regarding ticket prices. A short command and control chain, in addition to the capability of the systems to be flexible, enabled a new price point to be given in a few hours in response to that of a competitor.

This service oriented architecture enables the linking of all the sub-systems from revenue management to the reservation system.

It is one of the reasons why approximately 80% of tickets are now sold via the Internet and via our app. More and more customers are going ‘digital’ and using an app is the best way for a railway company to meet demand together with strong strategies for the social media marketing.

Facebook is a very useful means of creating a community and giving customers particular discounts in order to create a higher fidelity rate. The ‘geolocalisation’ and ‘segmentation’ service given by social media allows us to perfectly target the clients too.

The quality of the service is a driver of success. In high-speed rail in Italy it is a must to have not only free on-board Wi-Fi but also an on-board portal to provide the railway company with the means to stream free content for the customer (movies, newspapers, TV series, tourist information, etc.). In the future it may be possible to establish some agreement with a large provider of TV series’, for example Netflix, to afford some particular product for the customer and increase the quality of the offer.

Italy is an example of taking innovation in the railway system seriously. Possibly the best result of the competition is the fact that it encouraged the incumbent to increase the quality of their service, too.

Consumers have shown that if a rail product is good, a shift from other transport modes to rail is possible. This is the biggest success of the rail competition in Italy. 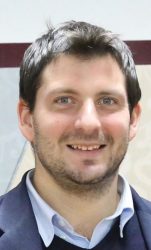 Andrea Giuricin was originally the Head of the NTV’s Studies Office and International Affairs but is now Strategic Advisor for NTV’s top management. He is also CEO of TRA Consulting and adj. professor for Transport Economics and Mobility Management at the University Milano Bicocca in Italy. Furthermore, he is Managing Director of CRIET – Transport, a centre of research on Transport Economics at the University of Milan Bicocca. Andrea is a Professor for several seminar and conferences at UIC in Beijing, Teheran and Madrid. He was Chairman and Speaker in several rail events all around the world. He is professor at CARS, China Academy of Railway Sciences, in Beijing, China.