The Australian Rail Track Corporation (ARTC) manages the Australian interstate rail network and the Hunter Valley coal rail network in New South Wales – which supports the largest coal export port in the world. We have a number of exciting projects underway to grow freight volumes and rail’s place in the Australian freight market. 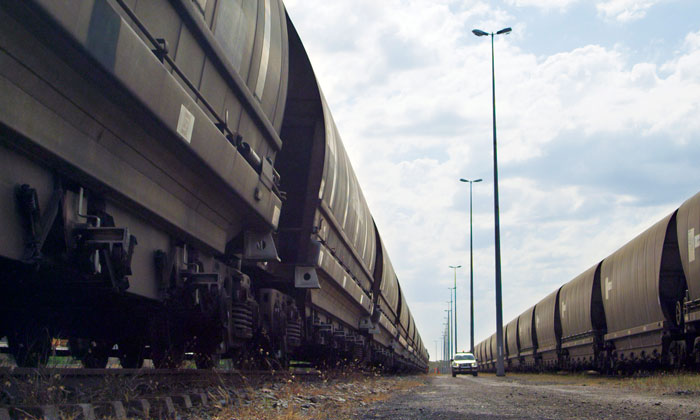 Australia’s first trains began operating in 1854 when the country was still a group of separate colonies.

The first train lines were confined to Sydney, Melbourne and Adelaide spanning just a few kilometers. Railways were expanded as settlers began to venture further inland, mainly to bring farm and mining produce to the coastal cities and ports and move supplies back inland.

These early inland rail lines formed the basis of the systems that would eventually become Australia’s transcontinental railways.

When railway construction began, the engineers favoured the gauge system they were most familiar with. This meant that when train lines were eventually expanded to travel between states, the lines and equipment were incompatible. Passengers and freight would often have to be transferred from one train to another at state borders.

While this issue was eventually addressed and mainland interstate lines are now standardised, it left a legacy of systems and approaches that took generations to overcome.

It is only in the last 15 years or so, following various privatisations and a marked increase in both public and private investment, that the Australian rail industry has come into its own as a competitive freight mode and overcome its somewhat potted history.

A key component of this was the creation of ARTC after the Commonwealth and State Governments agreed in 1997 to form a ‘one-stop-shop’ for all operators wanting access to this standardised national interstate rail network.

We were established as a company under the Corporations Act (in which the Australian Government owns shares as a shareholder) and have an independent Board providing governance.

Today, ARTC plays a critical role in the transport supply chain and in the overall economic development of Australia. Our network supports industries and businesses that are vital to the nation’s economy by helping move commodities including general freight, coal, iron ore, other bulk minerals and agricultural products. Our network is also a key facet in providing access for interstate and inter-city passenger services.

We are solely a ‘below’ rail entity, similar to Network Rail in the UK, and are responsible for selling access to train operators; developing new business; capital investment in the network; managing train operations and maintaining the network.

We have approximately 1,200 staff across 30 largely regional locations including 27 provisioning centres (or maintenance depots), and three network control centres.

ARTC is the largest freight network in the country with over 8,500 route kilometres of track – which equates to approximately 25% of the nation’s rail infrastructure.

Approximately 450 trains transit across our network daily, the lion’s share through our Hunter Valley coal rail network in NSW. Last year we moved close to 160 million tonnes of export coal.

Additionally, ARTC has a wholesale agreement in place with the Western Australia Government giving ARTC rights to sell access to interstate services between Kalgoorlie, Perth and the Port of Kwinana. We also own the line that runs from Adelaide up to Alice Springs – however a large section of this from the top of South Australia north is under a long-term lease to Genesee and Wyoming Australia.

The remainder of the interstate rail network is managed and operated by other entities including Sydney Trains (Sydney Metropolitan Region) and Brookfield Rail (Kalgoorlie to Perth). We transported approximately 56 billion gross tonne kilometres of non-coal freight last year.

More than a decade of investment

Given our state-wide presence we bring a unique national perspective to rail. Since our formation in the late 1990s, this has largely meant a focus on infrastructure investment and the modernisation of the interstate rail network.

ARTC took over a long-term lease of rail networks in the eastern states (Victoria, NSW and Queensland) in 2004, which required extensive improvement at uptake. Signalling technology in the 1900s was still in place in multiple locations and below standard track quality and capacity posed a hindrance to growth, let alone any competitive proposition for new freight owners.

The initial task for us was to fix and upgrade the rail network. Some of the work delivered included upgrading the entire mainline network to concrete sleepers; installing thousands of kilometres of heavier, new rail; constructing new passing lanes and crossing loops and delivering new signalling and telecommunications systems.

During that time of construction we understandably had a very internal and infrastructure focus. Our work to extend, build and upgrade was vital in order to bring it to a safe, consistent and reliable operating standard, as well as allow for the capacity that the Interstate market and Hunter Valley coal chain require today. In the last 10 years this amounted to approximately AUD$6.5 billion worth of upgrading and modernising projects.

Following this period we have been steadily transitioning our business from one of construction and infrastructure development to one focused on customer service.

It is important for us to leverage the extensive capital investment we have made and align our service delivery with that of our customers’ needs. This is particularly true in the current low growth and cost-constrained times in which we live.

We also recognise that if Australia is to be globally competitive, not only now but into the future, we need to harness our national rail infrastructure base more effectively to ensure we move goods, resources and people cost effectively and efficiently via rail.

Some major platforms and projects connecting these two elements that ARTC is delivering at the moment include the long talked about ‘Inland Rail’ project; a sophisticated new smart technology called ATMS; and other infrastructure and technology projects.

Inland Rail is a critical project that will in many respects help complete the national interstate rail network. For a country of our scale and size (Australia has a land mass greater than the whole of continental Europe combined) it is critical that we have the capability to move long, large double-stacked trains.

Inland Rail will provide direct, high capacity rail freight connections to our largest three cities on the eastern seaboard – Melbourne, Sydney and Brisbane – as well as to country’s West.

Inland Rail therefore presents a significant opportunity for rail and the nation. It overcomes an existing bottleneck through Sydney and by travelling through inland NSW and Queensland picks up our biggest agricultural producing regions.

The project now has real momentum. The Australian Government has tasked ARTC with its delivery and recently confirmed AUD$594 million additional funding in the 2016 Budget. This allows us to continue pre-construction activities and land acquisition. The investment is in addition to AUD$300 million in funding currently committed. The total cost for the 1,700km-long Inland Rail project is estimated at AUD$10.7 billion, with commissioning expected around 2025.

Similarly, the Advanced Train Management System (ATMS) is another exciting project for us. ATMS is a modern communications based train management system. Rather than using the traditional train management system of ‘fixed’, physical trackside infrastructure such as signals, it instead relies on a digitally-controlled network.

ARTC is partnering with Lockheed Martin to deliver the system, which uses wireless, broadband communications, a centralised onboard computer control system and GPS-based train tracking and control devices to manage train operations.

The advantage of ATMS is that it enables more trains to safely travel closer together, improving capacity and efficiency but also safety as it includes remote train safety features, such as anti-collision capability.

Stage One of ATMS implementation is well advanced with the first phase of in-field trials to prove system reliability between Port Augusta and Whyalla successfully concluded. The second phase which exposes the system to train crews and network control staff in a live environment is now underway. One of the major milestones has been the verification of ATMS as a certified safe working system.

ARTC also sees opportunity in import-export freight and the development of port shuttle capability. We are currently investing in rail improvements to Port Botany in Sydney and undertaking the scoping and design of capacity enhancements along this line.

We are seeing growing private sector investment and interest in intermodal terminals and capability more generally, which is positive.

The recent AUD$10 billion acquisition of Asciano – which owns one of the largest above rail companies in the country (Pacific National) – reinforces this theme of confidence in Australian rail.

We have seen major freight owners return to rail as well as new investment and operators enter different rail markets across the country. We consider to be a vote of confidence in rail and our network.

Our ambition, however, is to make rail the preferred freight mode of choice in Australia. With a country as vast and large as ours, that should make sense to Australian businesses, but we need to press our case and demonstrate our capability.

Projects such as ATMS and Inland Rail will certainly help rail, but also the country, become more globally competitive and, while current economic conditions are tough, we are both confident and optimistic about the future ahead. 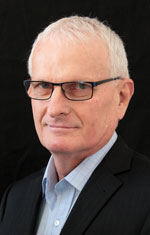 John Fullerton is Chief Executive Officer and Managing Director of ARTC. Before his appointment by ARTC in 2011, he was the Chief Executive Officer of FreightLink, the owner and operator of the Adelaide to Darwin Railway. John also served as Divisional General Manager of operations services at Pacific National, Australia’s largest private rail operator. Prior to that, he was Chief Operating Officer of the National Rail Corporation, a role he held for eight years before Pacific National’s acquisition of the business. His experience in the railway industry spans more than 30 years across strategic planning, business development, customer service, operations and engineering. John holds numerous Board and Directorship positions across the rail industry and continues to be a strong advocate for the industry as a whole.