Meeting the challenges of a more standardised railway

It has been 25 years since considerations at a European level were initiated by several organisations (the EU, the railways under the umbrella of the UIC and the signalling and telecom industries) to meet the challenges of having a more standardised railway, but additional developments are still required to achieve an economical, unified, interoperable and flexible railway.

Railway design and operation was, at that time, very national-orientated – many countries had their ways of operating and their own national suppliers to deliver their rail systems. How standardised should railways be, and in what ways this standardisation should be implemented, were major questions at the time. ERTMS was the umbrella for the GSM-R, ETCS and the management part of sub-systems.

The UIC initially formed two big projects in 1991 – one for signalling and one for telecommunications. For signalling it was the ETCS project, which I was selected as the Project Manager for. The ETCS project team was set up with highly qualified specialists and a high level UIC steering group was also established to ensure a high level of commitment at all national railways. Our main focuses in the beginning were:

It soon became clear that without strong support from the EU, this wish of a unified European railway operation could not be reached. This led to a close cooperation between the EU, the UIC and the industry. As such, the TSI Group (Control Command) was established in the form of a new organisation: the AEIF (Association European Interoperability Ferroviare). All the TSI specifications (rolling stock, infrastructure, control command etc.) were managed inside this AEIF organisation. The EEIG group in Brussels was established.

At EU member state level it was then decided only to focus on the European high-speed rail network in the beginning. The TSI specifications for the high-speed applications were developed, including control command and signalling. This is one of the reasons why, after 25 years of ETCS specification development, there is still not a unified ETCS system in operation. Basic functionalities still need to be proven in daily rail operation and part of those functionalities will be contained in the next ‘baseline 3’ specification.

Important milestones were, however, reached in the first 25 years, such as the agreement on the Eurobalise concept; an agreement of EU funding for ERTMS, ETCS and GSM-R projects in different countries; and the Spanish EMSET project being initiated and serving as an important starting point for being able to test part of the interfaces between the different sub-systems from various suppliers on a train and in the infrastructure.

In the following years, many countries installed ERTMS on several lines based on a present version of ERTMS. This was important in order to gain operational experience. However, this lead to the situation that additional national functions were implemented in the ERTMS/ETCS system, which basically makes interoperability impossible. This will hopefully not happen when the new baseline 3 comes into use in the future, but a settling-in period will be needed for error correction before a real, tested and stable baseline 3 will be available.

I, in close co-operation with several railway specialists and Trafikverket, specified the first ERTMS Level 3 application. This was tested in Sweden in 2011 and demonstrated for the first time in June that same year. This was, at least from my viewpoint, an important milestone for demonstrating that additional European work is needed in the field of the following:

A stronger co-ordination and technical commitment, plus the procurement of a strategy from the railways, is required to underline the needs for these additional developments. You could say that – in the 150 years of developing national rail systems – it has only been in the last 25 years that the industry has turned things around to obtain a more standardised and unified railway for the future .

Since 2012, Poul Frøsig has been an independent industry adviser. 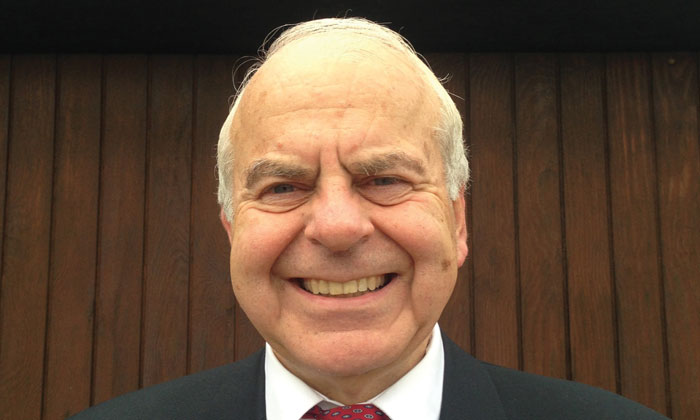